Breaking
The Ultimate Guide to Saving Money
Lights, Camera, Action—Is There A Post-Covid Future For...
7 Ways to Reduce Human Errors in Your...
How ‘Couples Therapy’ Used Technology To Cope With...
Can You Settle Your Student Loans Or Negotiate...
How to Use Amazon Attribution For Ad Campaigns
What are the Makings of a High-Quality Link?
How To Quickly Start And Scale Your Business
Terra Virtua: What NFTs Can Teach Us About...
5 Easy Steps To Prepare Content For E-A-T...
Physical Inactivity Linked To More Severe Covid-19 Infection...
The 2021 Estimated Tax Dilemma: What Tax-Return Pros...
Want To Digitally Transform Your Business? Start With...
How to Optimize Google My Business and Leverage...
Debunking Link Building Myths in 2021
How, When And Where You Can Gaze At...
Home General NI Launches Far-Reaching Initiative To Change The Face Of Engineering
General

NI Launches Far-Reaching Initiative To Change The Face Of Engineering 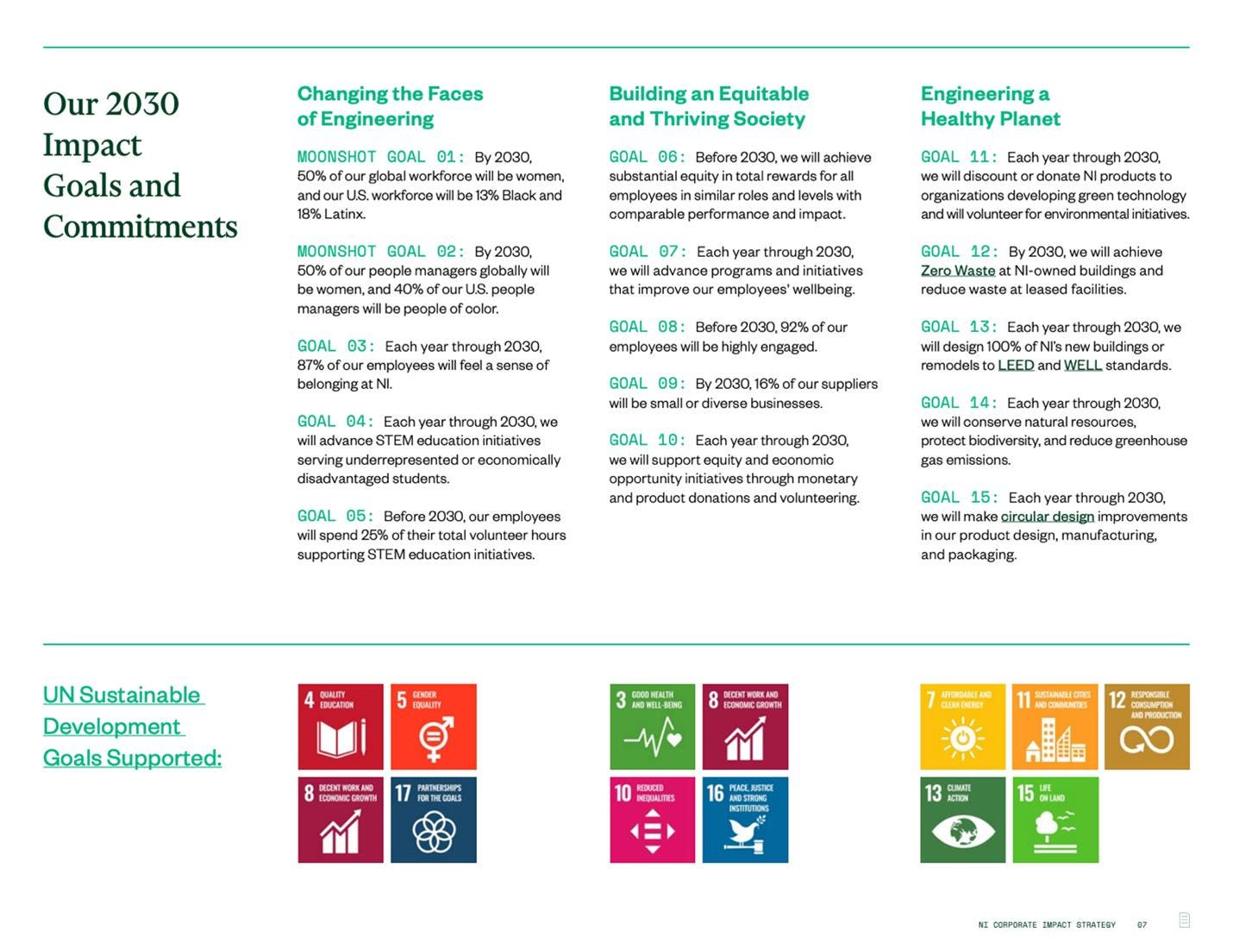 As a tech analyst, I spend a lot of time writing about the latest product announcements and market moves. However, those topics aren’t the only story when it comes to the companies I cover. I also enjoy the opportunity to peek at company culture and the sort of “softer” areas of the industry that tend to get a little less attention, despite their importance—which is only rising as more socially conscious millennials and zoomers matriculate up into the workforce.

This week, National Instruments (NI), a maker of essential testing equipment and virtual instrumentation software, announced an ambitious initiative geared towards improving diversity and inclusivity within the company itself. Called “Engineering Hope,” the plan outlines a strategy for increasing diversity and reducing its environmental impact. Let’s take a closer look.

“Engineering Hope” for the future of NI

The overarching goal of “Engineering Hope” is for NI’s workforce to mirror global and U.S. demographics as a whole in terms of diversity by the year 2030. Women and people of color have systemically been locked out of job opportunities and denied access to the higher echelons of management, a disparity with which the world at large is just now beginning to reckon. This issue is apparent in the demographics of many engineering firms and other STEM fields—areas that will play a pivotal role in confronting climate change, global inequality and other topical issues we’ll face in the coming years. Starkloff says NI must lead the way if it wants to see the world diverge from its current trajectory.

NI divides its efforts into three areas of commitment: sustainability, diversity and equity. The strategy lays out 15 different goals, the more ambitious of which we’ll cover today (see figure 1 and NI’s webpage here for more info). NI considers two of the plans highly difficult “moonshots,” to be achieved by the year 2030. These two highly ambitious targets include a commitment that 50% of NI’s global workforce will be women, and 13% and 15% of its U.S. workforce will be Black and Latinx, respectively, by the end of the decade. In the same timeframe, the second moonshot is to have 50% of NI’s global people managers identify as women and 40% of its U.S. people managers to be persons of color.

In its press release of the initiative, NI noted that achieving these diversity goals, long-term, will be reliant on providing more educational opportunities for historically underserved communities. To that end, NI announced it would invest $3.4 million worldwide—spread out over four years—on various STEM education initiatives that target these populations. NI shared that the first two recipients of grants will be Code2College and Project Lead The Way, who will be awarded $100,000 every year for the next four years to bolster and build upon their hands-on learning programs.

In the realm of equity, NI pledged that 16% of its suppliers will be small or diverse businesses, a move that the company says would improve overall well-being and equity in the communities where they operate. The company also plans to adopt “comprehensive well-being programs” and work towards pay equity while also propping up various economic opportunities through volunteering and giving.

The third pillar of the initiative, sustainability, will not be a walk in the park either. NI says that by 2030 all of the buildings it owns will operate at Zero Waste, while those facilities that NI leases will work on their waste reduction. All new construction projects NI undertakes will boast designs in compliance with LEED and WELL standards. NI also shared it will investigate more circular design improvements for its products and packaging (the circular economy refers to a movement to design products that keep their raw materials in circulation longer). This tactic can not only help reduce a manufacturer’s footprint but save businesses considerable money. NI announced it will also donate or discount NI products for organizations working to develop new green technologies.

On top of these, and the other goals outlined in Figure 1, NI revealed a 2 + 1 Giving Pledge, which promises to increase its giving from one to two percent of the value of its annual pre-tax profits. This giving will take the form of both monetary and product donations. Last, as part of this giving pledge, all NI employees can donate 1% of their hours spent at work doing community volunteer work.

Is all of this ambitious? Yes, of course. However, with the existential threat of climate change, ballooning global inequalities and the ever-persistent problems of pay equity and workplace diversity (or lack thereof) breathing down our necks, it’s time to go big or go home. Big problems require big solutions, and NI is setting an admirable example that other companies in the industry will hopefully emulate.

Is Intention The Key To Achieving Success?

Authenticity And Vulnerability—Keys To A Gender Equal Future