Breaking
Growing Your Retirement Money Using 401(k) Dollar-Cost Averaging
Wellness Exec Abby Miller Levy Partners With Venture...
Microsoft Teams Issues Strike To Zoom With Tidal...
What’s Coming For The S&P 500 In October
4 Ways You Can Showcase Empathy With Your...
A $22,000 Microsoft Surface Will Soon Be For...
Zooming In – Should SMEs Invest In The...
iOS 14: The Surprising Security Risk Of Sharing...
How A Break From Lord Sugar Changed The...
Sunday’s Google Doodle Is Actually About Google
Office Of The Comptroller Of The Currency Chief...
Source Code For Multiple Windows Operating Systems Publicly...
Why Forgettable Pfizer Really Is A Great Value...
Hot For The Holidays? Amazon Home Drone, Kid...
Best Small Business Loans
The FAAMG Stocks Drive The Markets
Home Business Nikola Says Tesla Cybertruck’s ‘Doorstop’ Looks Inspired Its Jump Into Electric Pickups
BusinessTechnology 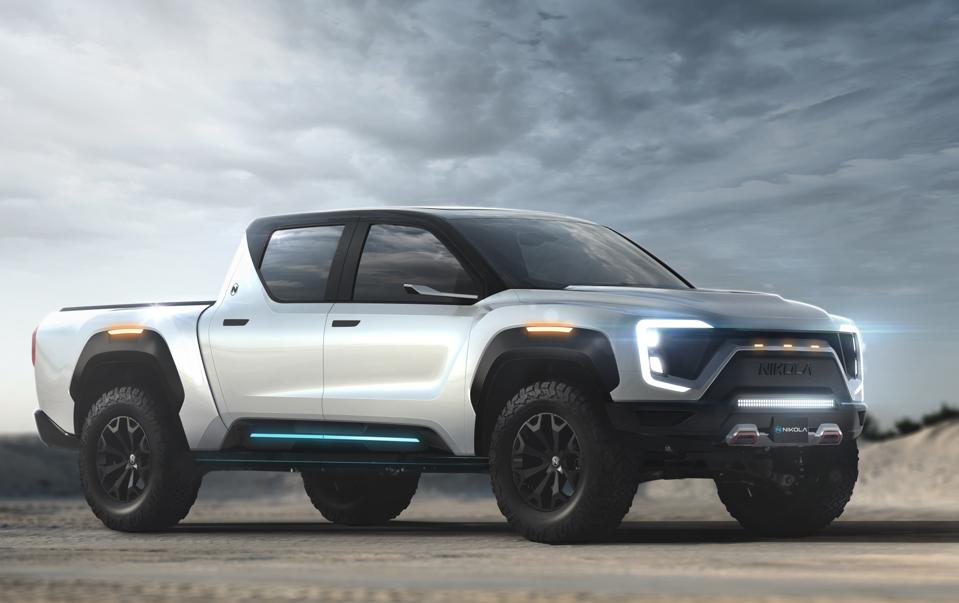 Reservations for the electric Badger pickup, available as a battery-only model or with an additional … [+] hydrogen fuel-cell powertrain, began on June 29.

It’s about a year before the first wave of electric pickups hit the market but upstart truckmaker Nikola isn’t holding back on the competitive trash talk, revealing that it joined the fray with the Badger BMI model because of the “doorstop” looks of Elon Musk’s Tesla TSLA Cybertruck.

“A year ago we didn’t believe we would be building a pickup truck,” CEO Mark Russell told analysts during Nikola’s inaugural quarterly results call. The decision to build Badger with an as-yet-unnamed manufacturing partner came after Cybertruck’s November 2019 debut.

“We had built several off-road vehicle prototypes and (Nikola’s designers) had a concept for a pickup truck. We didn’t intend to do anything with it until we saw the Cybertruck,” he said. “A lot of people didn’t like the look of the Cybertruck, including me. I think it looks like a doorstop, but they got lots of reservations for it, so more power to them.”

The Phoenix-based company, which listed its shares on Nasdaq NDAQ in June and isn’t yet generating revenue, had an $86.6 million net loss for the quarter that ended June 30. It doesn’t predict meaningful sales of battery and hydrogen-powered semi-trucks for at least two years.

Musk says Tesla has had a very positive response from potential buyers and booked thousands of deposits for Cybetruck, which is to be built at a new factory near Austin, Texas, though he’s aware that its severe geometry won’t appeal to everyone. In a recent interview with Automotive News he conceded Cybertruck could even be “a complete failure,” in which case Tesla has a backup plan. “If it turns out nobody wants to buy a weird-looking truck, we’ll build a normal truck, no problem,” Musk said.

For Nikola, which intends to challenge Tesla in the heavy-duty truck market, pickups are likely to be more of a sideline business, albeit a potentially lucrative one given the multimillion-unit scale of that market in the U.S. Russell said Nikola is close enough to naming its manufacturing partner for Badger that it’s now in a quiet period on that topic. An announcement is planned before the end of 2020. 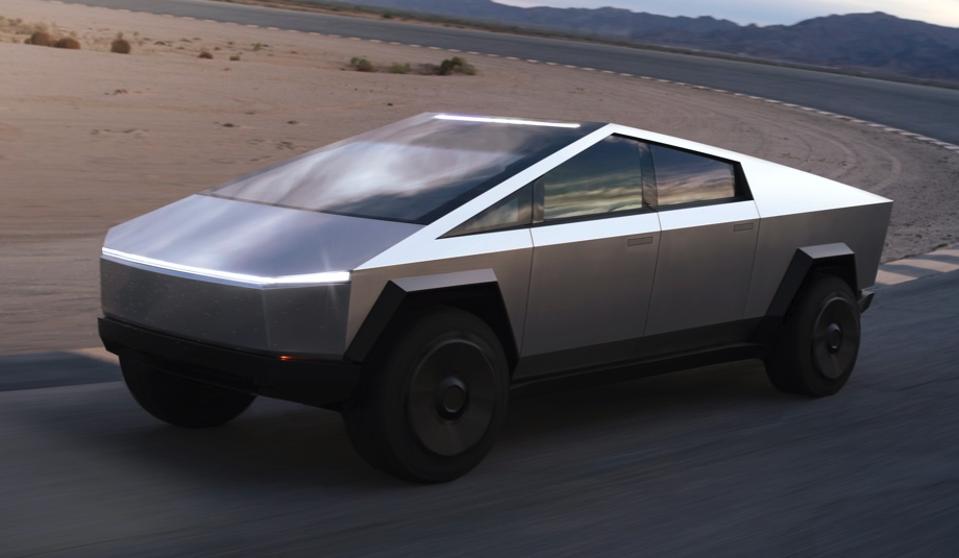 Badger, like the R1T pickup from fellow EV startup Rivian, sports looks that are modern but not vastly different than conventional full-size trucks from Ford and General Motors GM . Musk went in an entirely different direction with Cybertruck, going more for a futuristic military vehicle than a pickup designed for hauling work gear, boats, horse trailers or camping.

Nikola founder Trevor Milton tweeted out the Badger design after Cybertruck was unveiled last year, even offering to let Tesla use it. “Hey @elonmusk we don’t build cars or trucks, but I’m happy to donate this truck design if your team wants to hit a broader market. My team designed it just in case and I’m happy to let you build it since we won’t. Let me know and we can talk,” he said.

Shortly after, more than 89,000 people signed up online for more information about the model, leading Nikola to move ahead with plans to make it, Russell said. Paid reservations for the truck, ranging from $250 to $5000, opened up on June 29, though Russell declined to say how many it’s received so far. Still, the company is looking forward to competing with Tesla in that market.

“We’re trying to get the whole world to zero” emissions), Russell said. “It’s gonna take more than us so we give it we cheer (Musk) on, but a lot of people didn’t like the look of that thing.” 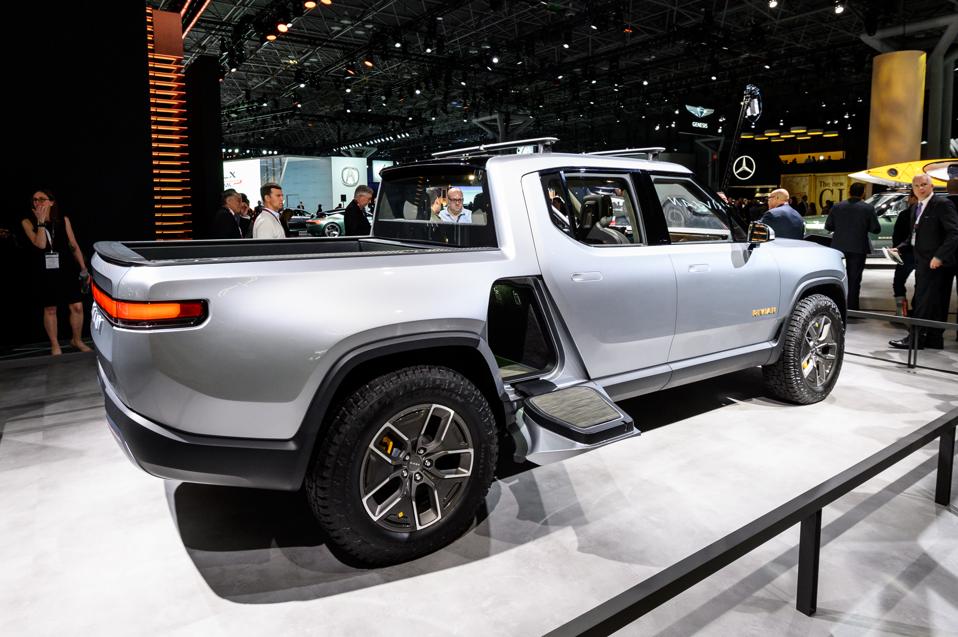 The Rivian R1T at the New York International Auto Show.