Breaking
Meet Onesimus, The Enslaved Man Who Saved Boston...
How to Build a Sales Forecast Model
The Unexpected Ways COVID-19 Has Forever Changed What...
Google Posts: Conversion Factor — Not Ranking Factor
How To Bring Your Branding To Life
Coinbase Cofounders And Investors Poised To Rake In...
How To Stay Top-of-Mind For Your Audience With...
Employers: Eight Red Flags You May Not Notice...
The benefits of videoing in the automotive industry
Ted Lasso, Other Apple TV+ Shows Arriving Soon...
How To Incorporate Click And Collect Into Your...
What Are Working Capital Loans and When Should...
The 10 Biggest Trends in Entrepreneurship to Look...
Clubhouse Has Grown 10X In Two Months. Here’s...
Here’s Why Tyson Foods Stock Looks Undervalued At...
How To Maintain Client Relationships During Long Projects
Home Finance Nine Flavors Of Personal Federal Tax
Finance 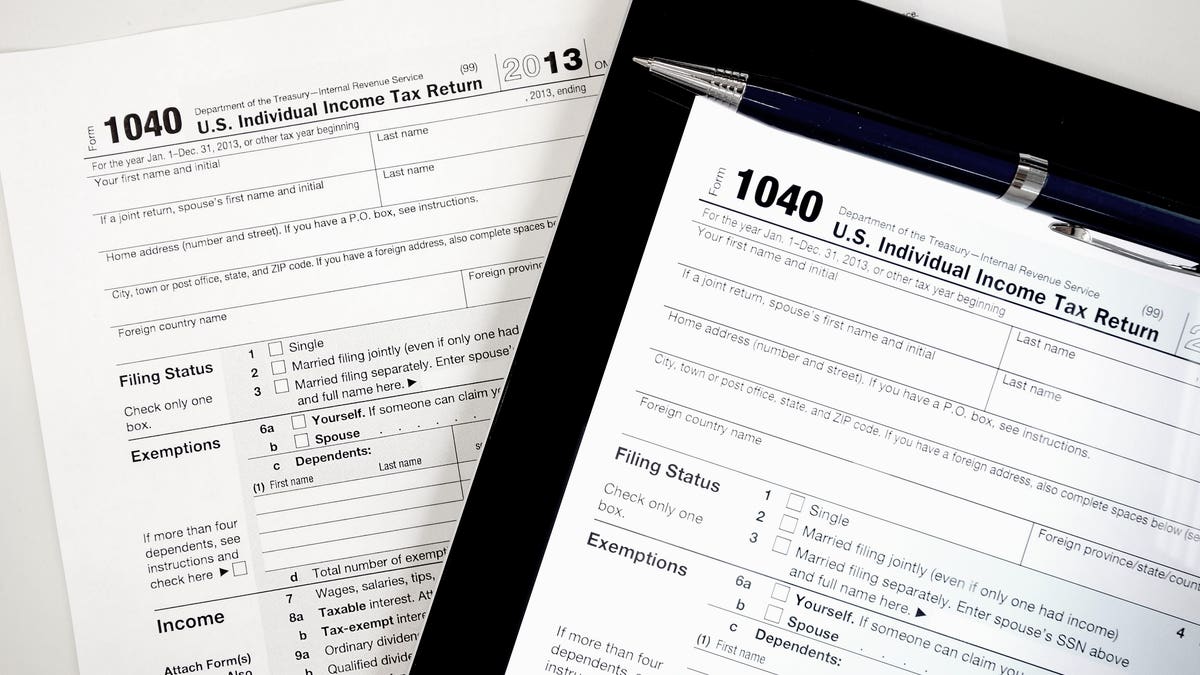 At this time of year with income tax filing is on everyone’s mind, a review of all the different types of Federal taxes may be in order.

1.     Fully Taxable is the most common flavor of income tax. The tax rates for 2019 are 10%, 12%, 22%, 24%, 32%, 35% and 37% depending on your filing status and your income. The sources of income subject to full tax include wages, bonus, business income, partnership income, bank account interest, and pensions as well as others. These rates are set to revert in 2025 to the rates in effect prior to the Trump tax cuts.

2.     Not Taxable is a common tax flavor and could be viewed as good and as bad. On one hand, having little income means you do not pay income tax at all and considered by many a good thing. Yet on the other hand, it is a bad thing, since it means that you have a low income and may not have adequate resources to pay your bills. The Tax Policy Center estimates that in 2018, 44% of American households paid no federal individual income taxes.

3.     Tax deferred is a flavor common for many. If you have a traditional IRA, 401K, 403B, and a few others, you do not pay income tax on the money you earned and put into the retirement accounts. You also do not pay tax on the account while it is growing. In the retirement years, when you with draw funds, you pay income tax on the growth plus what you put in. With this flavor of tax, you “don’t pay now, you pay later”, when you take the money out and you are hopefully in a lower tax bracket.

4.     Long-term Capital Gains Tax is another type of preferred tax flavor. If you invest in stocks or other types of investments, hold it for longer than one year, then sell the item and reap a profit, you pay tax on the gain at the Capital gains tax rates, which are currently 0%, 15% or 20%. The reason Cap Gains taxes are preferable is that they are always lower than ordinary income tax rates.

5.     Tax-Free is a perpetual tax flavor favorite. The income from municipal bonds is what most people think of when they think of tax-free income. There are however many other sources of tax-free money. When someone gives you a gift and there is no tax due by the recipient. If you receive an inheritance, there is no income tax due. Life insurance payouts are income tax-free. When a couple sells their home, there is a $500,000 exemption on the profits. Roth IRA withdrawals are tax-free. Health Savings Account withdrawals are income tax free as long as you use it for a qualified expense. 529 plan withdrawals for college education are tax-free when the proceeds are spent on qualified expenses.

7.     Net Investment Income Tax (NIIT), went into effect on January 1, 2013 to help pay for the costs associated with Obamacare. If you are subject to the Net Investment Income Tax (NIIT), you could owe an additional 3.8% tax on your net investment income or on the amount by which your modified adjusted gross income exceeds the statutory threshold amount for your filing status.

8.     Alternative Minimum Tax is the last flavor of tax.  The AMT was originally intended to tax “high-income” taxpayers who under the regular tax system paid less than what the Government considered their fair share. Due to cuts in ordinary tax rates and inflation, many taxpayers that were “middle income” began to be impacted by the AMT. The number of households impacted by AMT in 1982 was 200,000 but rose to 5.2 million in 2017. In 2018, the number was reduced back to 200,000, due to the Trump tax cut. It is estimated that when the Trump cuts sunset in 2025 the number of households impacted by the AMT taxpayers will increase to 7 million.

9.     Estate Tax is not a tax on a person but can be levied on the estate of a person that has passed. Estate tax currently applies when a person’s assets exceed $11.58 million at the time of death (2020). But keep in mind that the higher estate and gift tax exemption will sunset at the end of 2025. On January 1, 2026, the exemption will return to $5 million adjusted for inflation.

If you are like most taxpayers, your favorite tax flavor is tax-free, followed by tax preferred and tax deferred. Many have to put up with fully taxable, but hopefully you will have never had to taste Alternative Minimum tax. The highest tax rate is at the estate tax but few folks are currently forced to taste this flavor.

Tips For Success In Challenging Times For Convenience Stores And Bodegas