Breaking
Senator Marco Rubio Called Out Twitter For Its...
The False Narrative Of Bitcoin’s Role In Illicit...
Leading By Example Into The New Year
Why Ethereum Has Hit An All-Time High As...
How You Leave Will Shape Your Legacy
The Next Evolution Of Digital Mental Health Support
Paizo And Pinnacle Team Up For Savage Pathfinder
Mammoth U.S. Borrowing Needs Meet Lower Foreign Participation,...
This Leader’s Work To End The Organ Donation...
SAP BrandVoice: Re-Thinking Tax Reporting And Collection In...
What ‘Backs’ The Dollar? Easy: Production
How To Create A Bulletproof Patent
Here’s The Same Financial Advice Given To Mike...
Consumer Health And Wellness Needs Bring New Challenges...
The (Not So) Secret Science Of Whiskey Value...
The Next Five Years: Cyber Insurance Predictions Through...
Home Business Nine Wines, Four Countries: Try These In December
Business

These four lesser known wineries are producing some spirited and beautiful juice. Some wines are available in the U.S., and some not. Regardless, consider phoning up if you are traveling to these regions to arrange a visit and tasting.

This Saint-Émilion Grand Cru wine château has been run by five generations of the Bertrand family for almost 170 years. Although the original family settler in the region—Louis Bertrand—was killed in the First World War, his four-year old orphan son, Paul, was raised by his mother and grandfather, eventually allowing the family’s legacy of wine production to continue.

Soil on their 40 acres (16 hectares) of vineyards is primarily clay/limestone (argilocalcaire). They produce 50,000 bottles per year of a typically 70/25/5 blend of Merlot, Cabernet Franc and Cabernet Sauvignon. 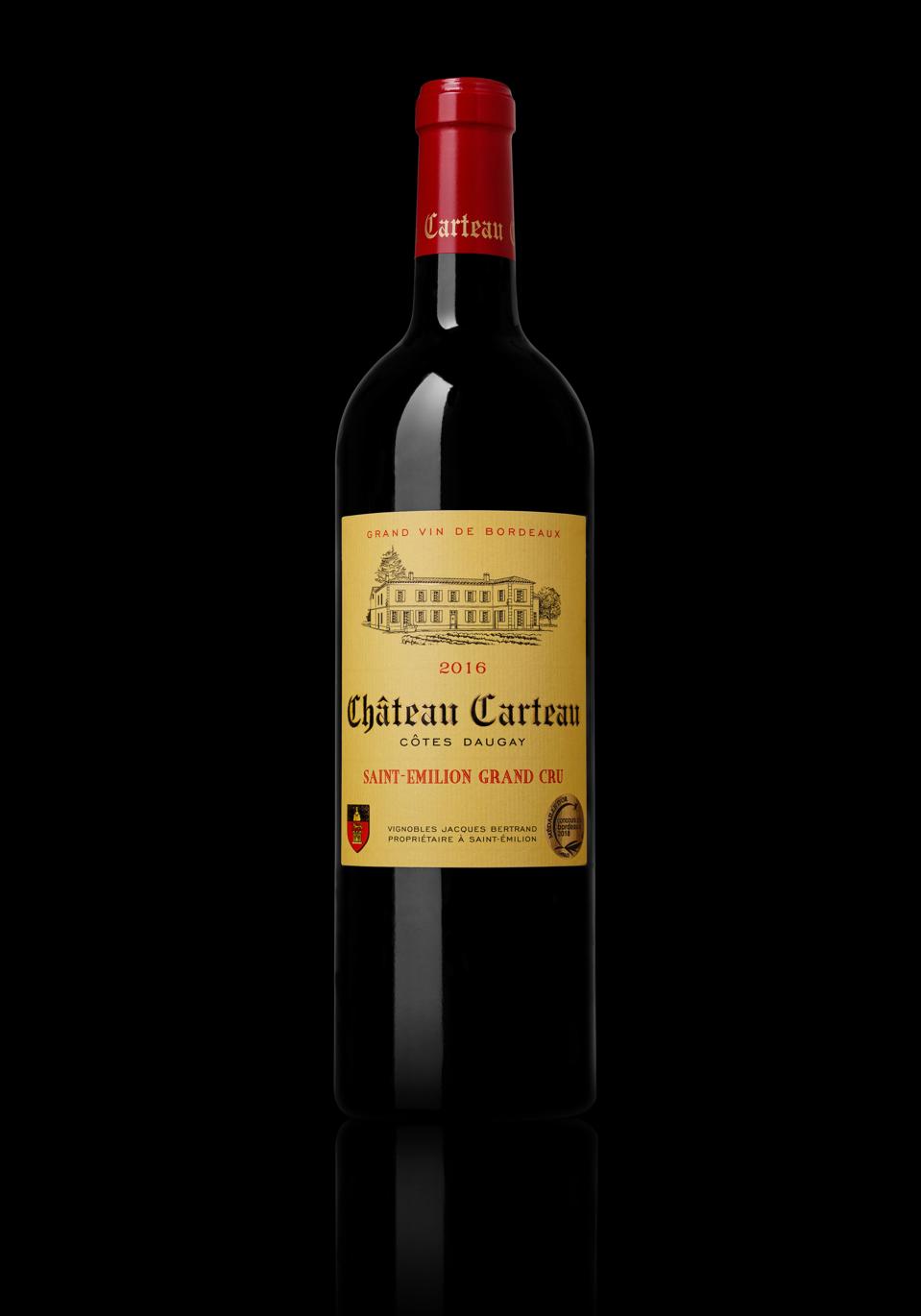 This right bank Bordeaux blend includes aromas of charcoal, acorns, eucalyptus and pine needles and a taste that includes a streak of menthol. After minutes in the glass, the tastes open up to include those of blueberries, and a crunchy slab of licorice. Still young and tannic, but will age well.

Aromas are smoky, oaky, mocha, tar, hibiscus, pencil lead and sandelwood. After five minutes in the glass out march aromas of a chocolate slab and creamy blueberry juice. In the mouth, slightly herbacous, flinty and chewy with bristling acidity. Opens up to include dark fruit and a slight taste of lavender. Still young.

Philip Sanan created various food and wine businesses in his home country of South Africa before he moved to Santa Barbara in California. There he met Neil Redmond and Sebastian Miklowicz. The three co-founded this winery now based in Buelton. Their recent array of wine awards demonstrate how they are boldly making a foray into quality production. At the 2019 New York Annual Wine Competition they were heralded as Santa Ynez Winery of the Year. Philip spoke about recent vintages.

“The 2015 vintage was really balanced. This Santa Ynez area doesn’t provide the tannins that Napa does, so the Santa Barbara Cabernet is more approachable. We use all native yeasts, of which there’s a broad selection.” 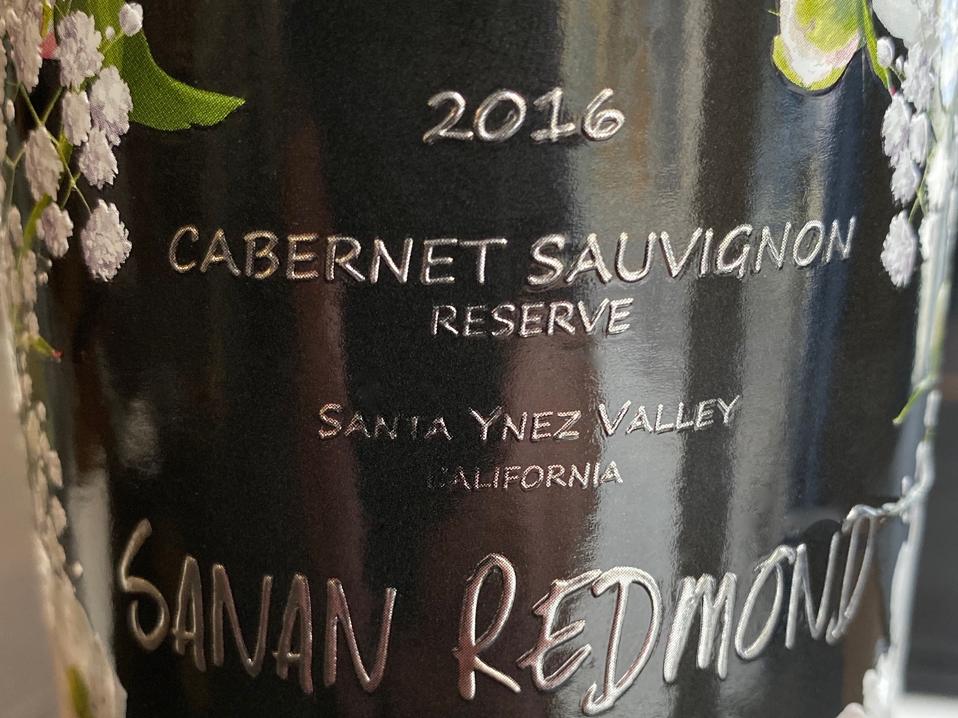 Only one barrel produced of this 98/2 blend of Cabernet Sauvignon/Cabernet Franc that was aged in 100% new French oak. 14.9% alcohol. Layered and complex aromas of big juicy plums, charcoal, mandarin peels, and smoky licorice. This hefty and heavy bottle (literally) includes juice begging to join a steak. In the mouth, a blueberry beauty. Also includes tastes of black currant. It has plush meringue like softness but is still crunchy and delicious. A fire starter! Good now, more approachable in two years and easily enjoyable in 15 to 20 years.

This château’s biodynamic wines (produced for almost a decade now) are made from grapes grown on 10 to 35-year-old vines, close to the shore of Lake Murten—which is an hour drive northwest of Lausanne. The Vully is one of three wine growing areas in the ‘three lakes’ wine region of Switzerland, and includes a total of only 286 acres (116 hectares) of vines. Soils are generally underlain by marine calcium carbonate. The two wines listed below are dominated by the Diolinoir grape (a cross between Rouge de Diolly and Pinot Noir).

This winery owns 30 acres (12 hectares) on which they grow 18 types of grapes, including such well known varieties as Chardonnay and Pinot Noir, and lesser known varieties such as Freiburger, Garanoir, Mara and Divico. 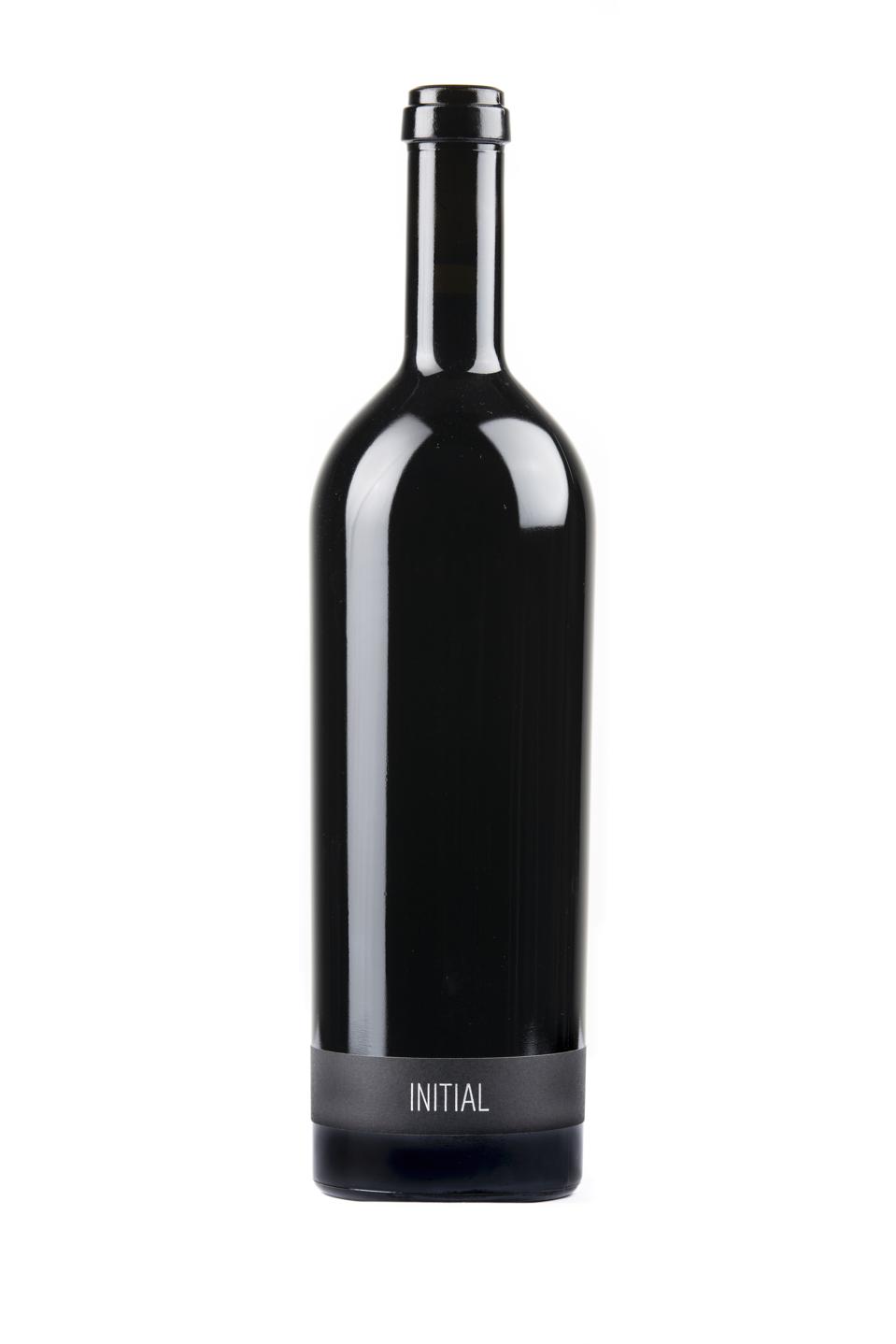 A 35/35/30 blend of Diolinoir, Syrah and Merlot. Wine is macerated, fermented and then aged for 36 months—all in new oak barrels. This is a hefty, strong, statured and structured wine. The Diolinoir is playful and overall aromas include walnut, grapefruit, Bazooka Joe gum and fresh baked blueberry tart. There is also a whiff of petrol. In the mouth, tannic notes and tastes as scrumptious as a blueberry cheesecake followed by a chewy chunk of licorice. A serious, commanding wine with a dark, beguiling quality. Not to drink on a romantic dinner date, but to celebrate a win at the horse races. Beautiful low riding, inconspicuous label.

Guido Coffa is founder and co-owner of Monaci delle Terre Nere boutique hotel on the slopes of Mount Etna. He produces six organic wines: three reds, two whites and a rosé—all of which are served at his poolside bar/restaurant with a gorgeous view down the mountainside. Total annual production is 10,000 bottles from 15 acres (6 hectares) of vines.

Coffa spoke about his incentive.

“I was born in the nearby city of Catania. My mother told me I had fever until they brought me up to visit Mount Etna. Much later I was working in Ohio and New York in automotive sales. Then I stumbled on this place, fell in love, bought it and decided I wanted to live here. Farmed the place myself for three years.” 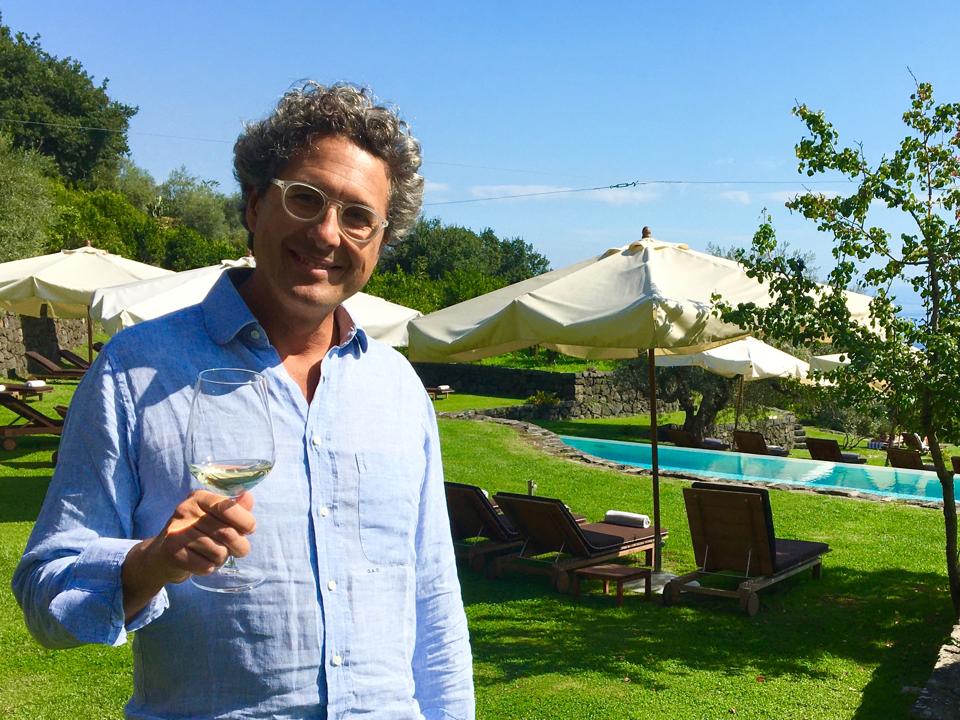 Made from the Nerello Mascalese grape. Aromas of mountain scrub, sage, pine and eucalyptus. A smooth and sweet edge rapidly overtakes initial acidity and the taste includes that of almonds. Sizzling good.

This 80/20 blend of Nerello Mascalese and Nerello Cappuccio—both indigenous to Mount Etna. This is aged in Slavonian 500-liter tonneau for 10 to 12 months. It includes a smoky nose reminiscent of a Listán Negro grape from the Canary Islands, and includes aromas of cooked meat and black cherries and is slightly herbaceous. This swirls in the mouth, and is energetic and well balanced with tastes that include gum balls, cloves and licorice. Lively.

‘U’ranaci’ is the local Sicilian name for the Grenache grape, which were introduced to the island by the French. An 80/20 blend of Grenache and Nerello Mascalese with aromas of spearmint, black cherries and orange rind. In the mouth, crunchy bites of salty Dutch licorice, red hot candies and brownies. This has a swimming dark attractiveness.

Are You Saving Too Much For Your Kids’...

4 Digital Marketing Trends To Watch In 2021