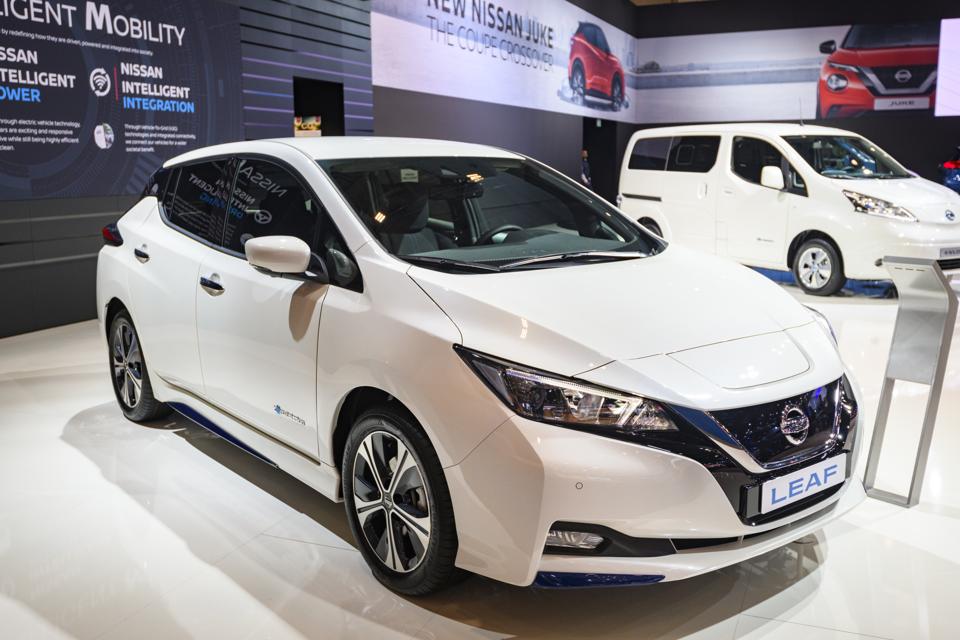 The Renault Nissan alliance has put existential power struggles between France and Japan on the backburner, while it shuffles its short-term strategy to survive the coronavirus fallout.

The trouble is, the governance issues will not go way, and the fact the new Renault CEO Luca de Meo is on gardening leave until July, just underlines the notion that this is a fudge, not a serious long-term plan.

Renault Nissan, not to mention its Mitsubishi Motors partner, unveiled a 3-year strategy to focus on profit not sales, cut costs by 5 billion euros ($5.6 billion) annually, slash nearly 30,000 jobs and reorder its responsibilities to allow the companies to take charge of producing vehicles for regions to avoid duplication. Production capacity will cut about 20% to just under 8.8 million a year.

After 20 years of existence, the plan has an air of desperation, begging the question if it makes so much sense now, why not years before.  Analysts fear it will succumb to bureaucracy and describe it as a classic fudge. Despite the desperate tweaking, it is a classically unwieldy creation which will be slow to react.

And it ignores the elephant in the room.

Former leader Carlos Ghosn was seeking to placate Japanese concerns that France had an overwhelming and unfair share of the power in the alliance as he sought a long-term full merger of the companies. Nissan at the time not only wanted more power in the alliance, it wanted the French government to sell its 15% stake. None of these core issues of contention has gone away.

Ghosn was arrested on November 19, 2018 in Tokyo when he was chairman of the alliance. He was charged with failing to disclose $80 million worth of compensation. Ghosn maintains his innocence. 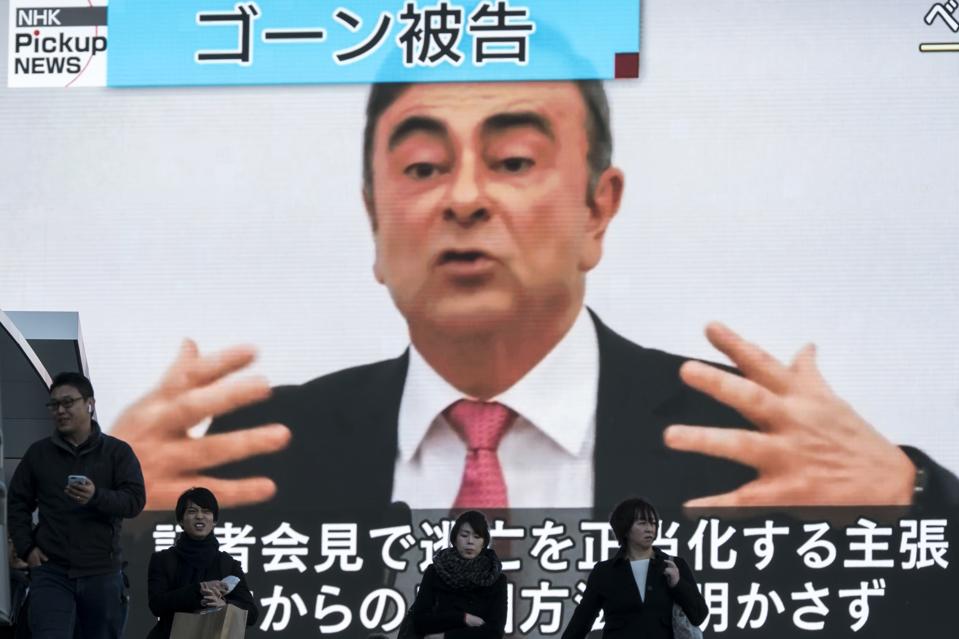 TOKYO, JAPAN – JANUARY 09: Pedestrians walk in front of a monitor displaying a news broadcast on … [+] former Nissan Motor Co. Chairman Carlos Ghosn on January 09, 2020 in Tokyo, Japan. Ghosn was awaiting trial in Japan on charges of financial crimes when he fled house arrest in Tokyo, arriving in Beirut on December 30. (Photo by Tomohiro Ohsumi/Getty Images)

Renault bailed Nissan out of bankruptcy in 1999 and holds a 43% stake. Nissan has a 15% non-voting stake in Renault.

John Wormald, analyst with British automotive consultancy Autopolis, believes the plan is inadequate in all kinds of ways.

“It sounds like a weak solution, a bad compromise. It leaves a lot of room for future conflict. It seems to me that it risks weakening the identities of both brands through the Mother Car+Daughter Cars concept,” Wormald said.

This Mother/Daughter idea refers to the alliances “leader-follower” plan under which the three members will divide up responsibility for technologies, segments and markets. Nissan would concentrate on the U.S., China and Japan. Renault would lead in Europe, Russia and South America. Mitsubishi has Southeast Asia and Oceania.

“I’m not sure it’s a great idea either to have given one area of responsibility to one company, another to another. Isn’t that creating the silos that manufacturers have striven so hard to abolish,” Wormald said.

Professor Ferdinand Dudenhoeffer, director of the Center for Automotive Research (CAR) in Duisberg, Germany, said the plan pointed to over-elaboration and bureaucracy. 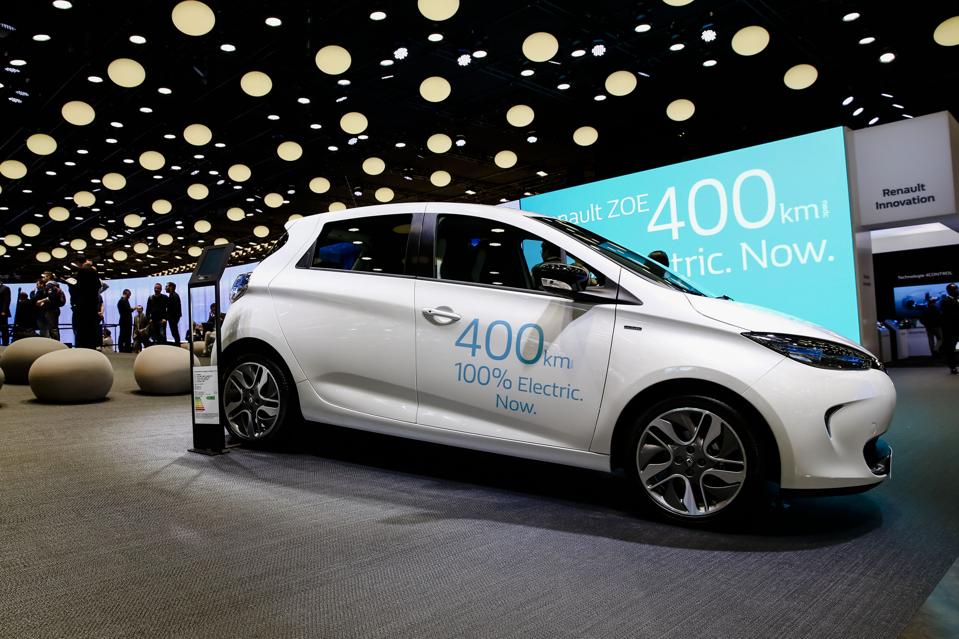 “The big disadvantage of the alliance remains. It is a collaboration that is more complicated and slower to make decisions than a classic company,” Dudenhoeffer said.

Dudenhoeffer described the new structure as a complicated matrix which will make for a difficult coordination process with the three partners. While Ghosn was in charge he had the power to take decisions quickly and decisively. The new plan will slow down decision making, he said.

Norddeutsche Landesbank Girozentrale analyst Frank Schwope said the new plan would be much less stable than the preferred solution, a full merger.

“It is questionable whether the new model also eliminates the dissatisfaction of the Japanese partner Nissan (whose profit) has often supported Renault’s results in recent years. Ultimately, Nissan sees itself as the stronger partner, although Renault holds 43% of Nissan shares,” Schwope said.

But other analysts welcomed the plan.

Richard Hilgert, from investment researcher Morningstar of Chicago, likes the idea that the alliance could emulate highly profitable Volkswagen and Toyota, which with sales close to 10 million a year could leverage economies of scale to produce impressive profits. Before, the alliance concentrated too much on volume and not enough on individual profit margins. 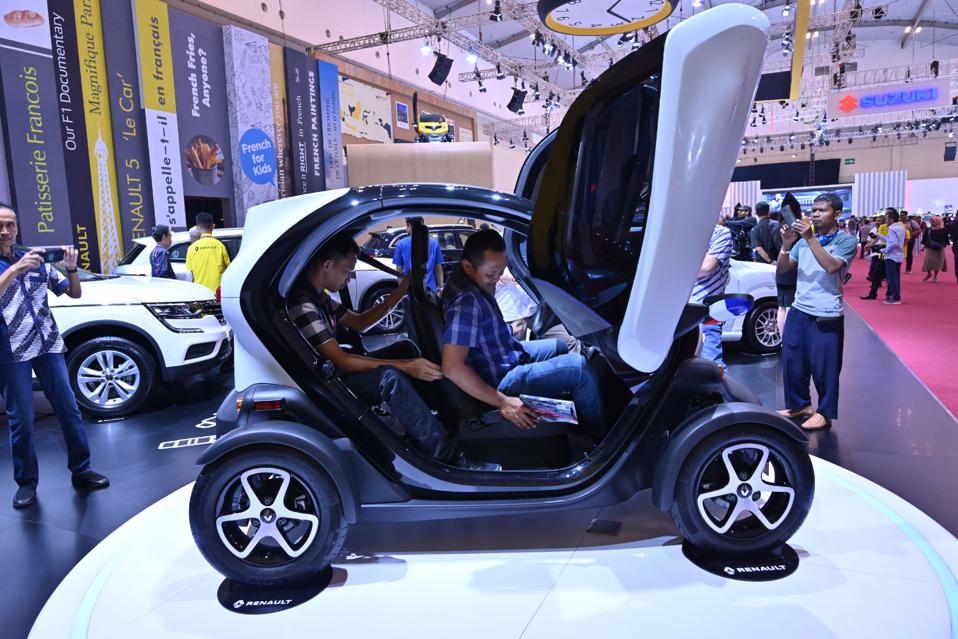 “The costs savings (targets), that’s a pretty good number and that will go a long way to improve returns on investment and improve profitability,” Hilgert said in an interview on CNBC.

“This reset to the business plan ramps up integration and will lead to more sharing of technologies, more shared parts procurement and use of common components. It will also contribute to increased efficiency of Alliance companies’ manufacturing operations across the world,” said GlobalData analyst David Leggett.

“Unsurprisingly, they have grasped the opportunity to double down on the kinds of cost-sharing, cost avoidance and synergies in engineering and manufacturing the Alliance can facilitate. The key now is execution and, of course, the global vehicle market recovering from this current crisis and heavily depleted markets,” Leggett said.

Wormald of Autopolis doesn’t see it that way.

“Designing, making and selling cars is a very tough business that has to be and is run on quasi-military lines, with strong authorities. This risks undermining these. Strategic alliances usually come apart or end in one party taking control. This is a fudge, a postponement,” Wormald said.

Maximize Business Potential And Growth With Data As Infrastructure

In Mourning, The NBA Bends The Rules And...

As ‘Birds Of Prey’ Doubles Its Budget, Why...