Breaking
Tesla’s 2020 Run Proved Why Wall Street Conventional...
Top Stocks To Short Today As Markets Fall...
Branson Says Capitol Riots Stem From White Americans’...
Sustainable Seafood Wholesaler Seizes The Moment To Embrace...
Three New York-Based Sustainable Fine Jewelry Brands That...
This Week In Credit Card News: No-Interest Credit...
Thirteen Predictions For 2021 In Sustainability Private Equity...
How Too Much Optimism On Vaccines And The...
Nine Strategies To Make Your New Year’s Resolutions...
Paper-Free Isn’t Enough: The Keys To Sustainable Web...
The Era Of Multimedia Engagement
Is Twitter’s Stock Move Overdone?
Why Does The Chancellor Refuse To Help The...
‘WandaVision’ Episode 1 Recap And Review: A Crackerjack...
How To Move From An Office To A...
Managing Customer and Vendor Relationships: 4 Things to...
Home Entrepreneurship No Customers, Closed Stores: Chinese Entrepreneurs Brace For The Worst Amid Coronavirus Outbreak
Entrepreneurship

No Customers, Closed Stores: Chinese Entrepreneurs Brace For The Worst Amid Coronavirus Outbreak 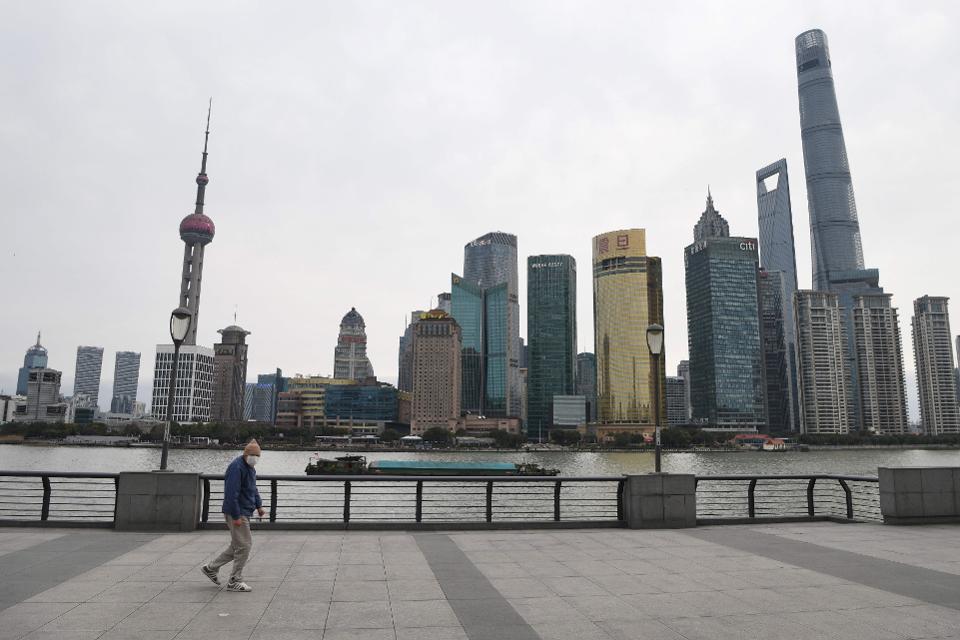 Zhou Yuxiang was not in the mood for festivities during China’s Lunar New Year holiday this year. The 30-year-old CEO of Shanghai-based software startup Black Lake Technologies had to figure out how to manage his company amid the country’s deadly coronavirus outbreak. Working from home to comply with local quarantine rules has lowered productivity, while expenses remained high as he still needs to pay rent even when no one is using the office.

“This epidemic caused production suspension for a considerable number of factory clients,” he says, who counts 300 factory owners as customers of his cloud-based management software. “Unpredictability on when factories could resume production has increased uncertainty for our first quarter growth.”

As the deadly virus, temporarily called 2019-nCoV, shows no sign of slowing, China’s vast business scene is taking a hit. While some companies, including Zhou’s, hope to recoup any losses before the year’s end, others are suffering a much more devastating blow.

This is because the epidemic’s economic damage is far and wide. It is believed to be more contagious than the 2003 Severe Acute Respiratory Syndrome (SARS) epidemic, causing the Chinese government to impose nationwide mall closures, movie cancellations and factory shutdowns to prevent the disease’s further spread. As manufacturing and business activities cease, first quarter GDP growth will plummet to 3.8%—which equals to $62 billion in lost growth—and drag full-year GDP growth below 6% to 5.4%, according to UBS economist Wang Tao.

Sectors that are hardest hit include catering, entertainment, hospitality, retail and transportation. These businesses tend to have heavy inventory or a lot of expenses, but they can’t generate any meaningful revenue when people stay indoors. 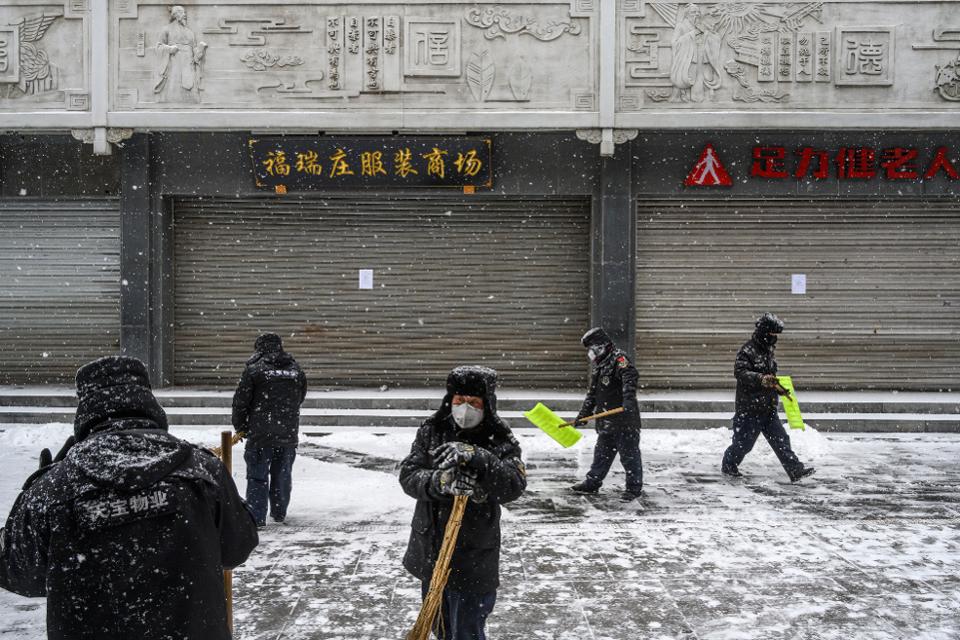 Guards wear protective masks as they clear the street during a snowfall in an empty and shuttered … [+] commercial street on February 5, 2020 in Beijing, China.

Jia Guolong, founder of popular restaurant chain Xi Bei, told local media this week that his company only had enough cash for the next three months. He still needs to pay rent and salary to more than 20,000 employees, even when his restaurants are largely empty. To preserve cash, Hong Kong’s flag carrier, Cathay Pacific has asked its 27,000 employees to take three weeks of unpaid leave, warning that the condition is as grave as the 2009 global financial crisis. And fast-food operator Yum China is expecting negative impact on 2020 full-year sales and profit, after temporarily shutting down 30% of its stores in China.

While these larger businesses may eventually have the resources to weather through, smaller startups could experience a life-and-death moment. Zhang Yi, founder of Guangzhou-based consultancy iiMedia Research, says he won’t be surprised if a wave of bankruptcies occur. And Wang Ran, founder of Beijing-based investment firm CEC Capital, urged startups to do whatever they can to survive.

Beijing has put out rescue measures. The country’s central bank, the People’s Bank of China, announced on February 2 that it would pump $174 billion worth of liquidity into the markets to help cushion the impact. Local governments have called for rent deductions and more flexible salary arrangements, with the Shanghai municipal government promising tax and insurance refunds to employers who don’t engage in layoffs.

But analysts say business survival may ultimately depend on whether the virus can be contained. Since originating in the central Chinese city of Wuhan in December, it has spread across the country, infecting more than 28,000 people and killing over 500. There are now coronavirus cases around the world, including Japan, Thailand, Germany, the United States and the United Arab Emirates. The World Health Organization declared the outbreak a global health emergency and dozens of nations, including Italy, Singapore and the U.S., have placed travel restrictions from China.

“The longer this drags on, the bigger the damage,” iiMedia Research’s Zhang says. “If it lasts for another month, then it would be unbearable for any business.”

Startups are doing what they can to minimize damage. Black Lake’s Zhou is offering discounted services, especially to clients who are based in the most affected areas. Zhou Wenyu (not related to Zhou Yuxiang), founder of Shaoxing-based software startup Youshupai, is slowing down marketing activities and transferring its first quarter sales goal to the second quarter. And Joanne Tang, founder of travel and marketing agency Infinite Luxury, says she is diversifying to other Asian markets while reminding overseas-based clients not to reduce efforts in China.

“For sure, we are in a challenging time,” Tang says. “We have to monitor how it goes, but we won’t be standing still and just wait until this is over.”

Iowa Election Snafu: What Happens When IT And Cybersecurity Best Practices Are Ignored

4 Trends In The Tech Industry You Can’t...