No New Coronavirus Local Cases—China Is Reopening Its Tourist Attractions

In more positive news for those locked down in self-isolation around the world, life in China is continuing to return to normal.

Tourist attractions and stores are reopening on the mainland that was hardest hit by the outbreak of the novel coronavirus. 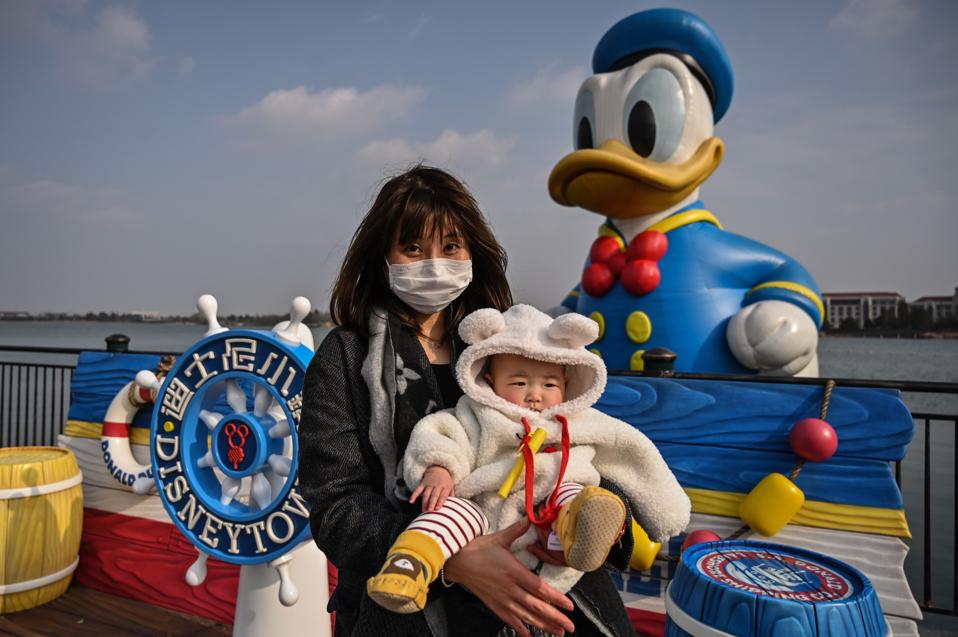 A woman wearing a face mask as a preventive measure against the COVID-19 coronavirus holds a child … [+] while visiting Disneytown in Shanghai on March 10, 2020, which reopened on March 9. – Shanghai Disney reopened its shopping and entertainment Disneytown zone in the “first step of a phased reopening”, although the Disneyland amusement park remains closed. (Photo by Hector RETAMAL / AFP) (Photo by HECTOR RETAMAL/AFP via Getty Images)

China is very much emerging from the countrywide lockdowns that began in January. With most borders around the world closed or restricting access to entry, including strict self-isolation restrictions, the world is looking at how China is now emerging out of the crisis two months later for hope.

The task now is to get the economy operational again and ensure that jobs that were lost are reinstated. Government officials around the country are being encouraged to spend at least 100 Yuan in stores to boost consumer spending in the world’s second-largest economy. 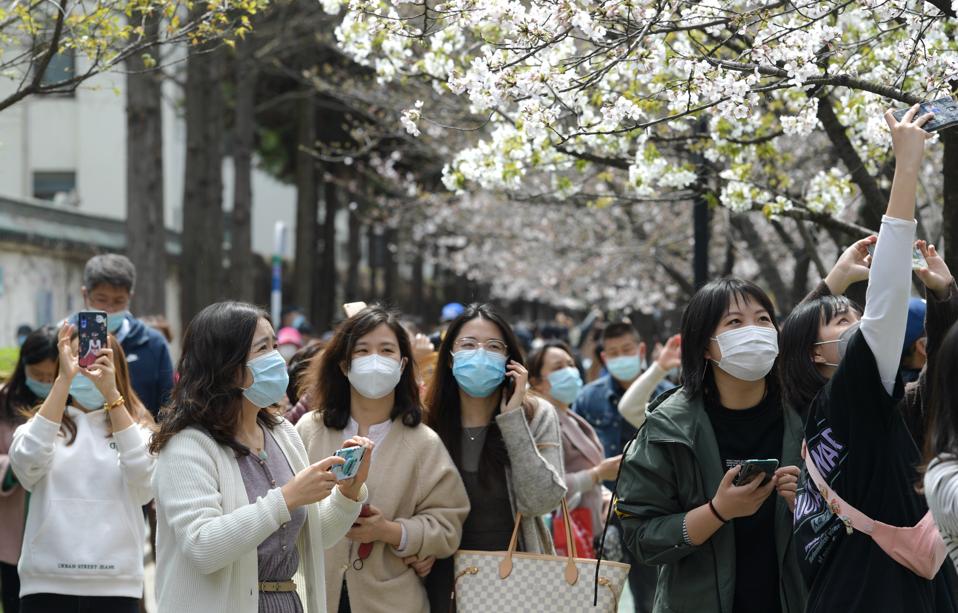 Over 3,700 of China’s “A-level” designated scenic tourist attractions are now open, which represents 30% of the total that were closed. Almost all the retail stores that were previously shuttered have also reopened their doors. Flights, including

Asia is no stranger to virus outbreaks and relatively, Hong Kong, Singapore and Taiwan have done a remarkable job at containing the virus whilst keeping disruption to people’s lives and jobs down to a minimum. The SARS outbreak in 2003 was a hard lesson that Hong Kong has continued to adhere to in daily life since. 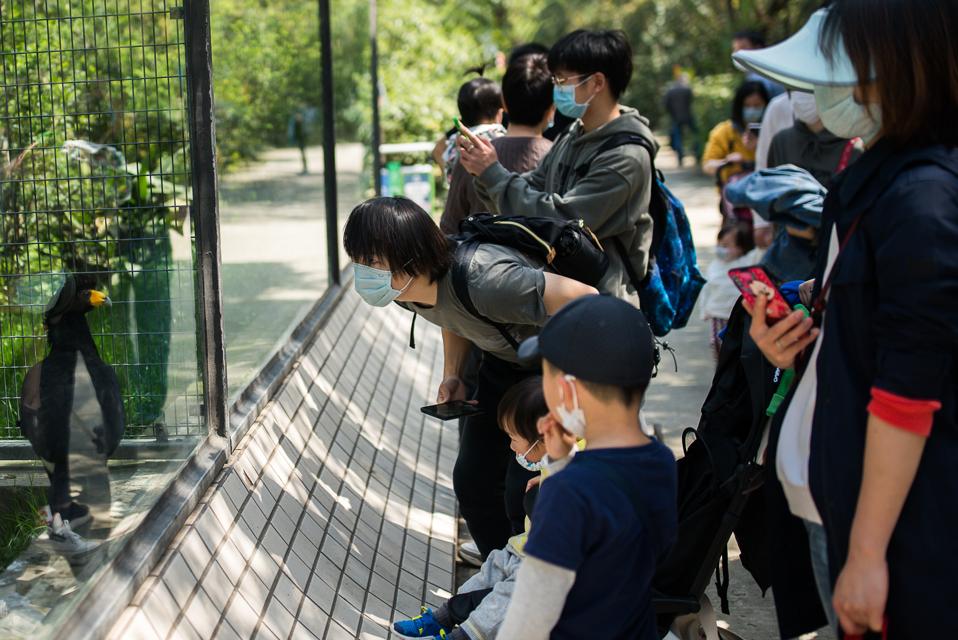 SHANGHAI, CHINA – MARCH 21: Tourists wear protective masks while looking at a pheasant at Shanghai … [+] Zoo on March 21, 2020 in Shanghai, China. Many public places including Shanghai Zoo reopened lately as health authorities of China said the country has passed the peak of the COVID-19 epidemic on March 12. Since the outbreak began in December last year, the novel coronavirus (COVID-19) has infected more than 276,000 people and killed over 11,000 globally. The World Health Organization (WHO) declared the rapidly spreading coronavirus outbreak a pandemic on March 11. (Photo by Yifan Ding/Getty Images)

During the COVID-19 outbreak, Hong Kong, Singapore and Taiwan have practised smart social-distancing and closed down certain venues but have stopped short of full military enforced lockdowns that have been seen in Europe and the U.S. The low amount of cases (less than 200 in Hong Kong), suggests that some regions on the content have had the virus under control since its onset. Fewer jobs will likely be lost in parts of Asia compared to the EU and U.S. as a result.

In China, the National Health Commission now says that the virus has passed its peak. 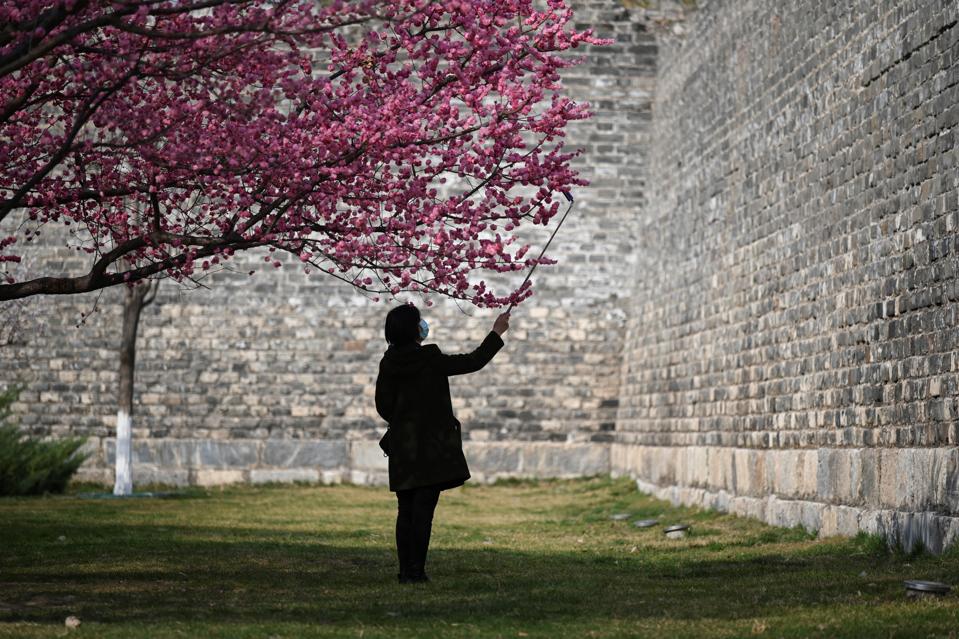 As cherry blossom season begins China is making a push to firstly open their outdoor attractions and let residents enjoy the outdoors.

In Shanghai, the city zoo and Botanical Garden have reopened and over 180 museums nationwide have also begun taking bookings and allowing visitors. All guided tours are currently only digital and audio tours.

Daily visitors are capped as social restrictions are being lifted progressively in stages. Numbers are capped at 2,000 people inside the Shanghai Museum and up to 5,000 at the China Art Museum.

Here’s What To Do About Your Student Loans During Coronavirus