Breaking
NBA-Backed Saliva Coronavirus Test Gets Emergency FDA Authorization
The Amazing High-Yield REIT Strategy For 7.9% Dividends,...
How To Attract Candidates To Hard-To-Fill Positions
Trump: I’m ‘Ready’ To Take Action On Stimulus...
Apple iOS 13.6.1 Release: Should You Upgrade?
Non-PPP Loan Approvals Continue Slow But Steady Rebound
Here’s How To Stay One Step Ahead Of...
Microsoft Outlook Will Store Contacts’ Blood Group And...
How The US Department Of Health & Human...
Why Do Chinese Companies List Their Shares In...
Can You Get Covid-19 Coronavirus From Food? Frozen...
Winklevoss Twins Tell Bar Stool’s Dave Portnoy To...
How Democrats And Republicans Would Tackle The Enduring...
Berkshire Hathaway Doubles Down On Net Lease REIT,...
70% Of Americans: Ban Foreign Apps
This Week In Credit Card News: Pandemic Brings...
Home Business No Red Sox Opener Is Only The Beginning
Business 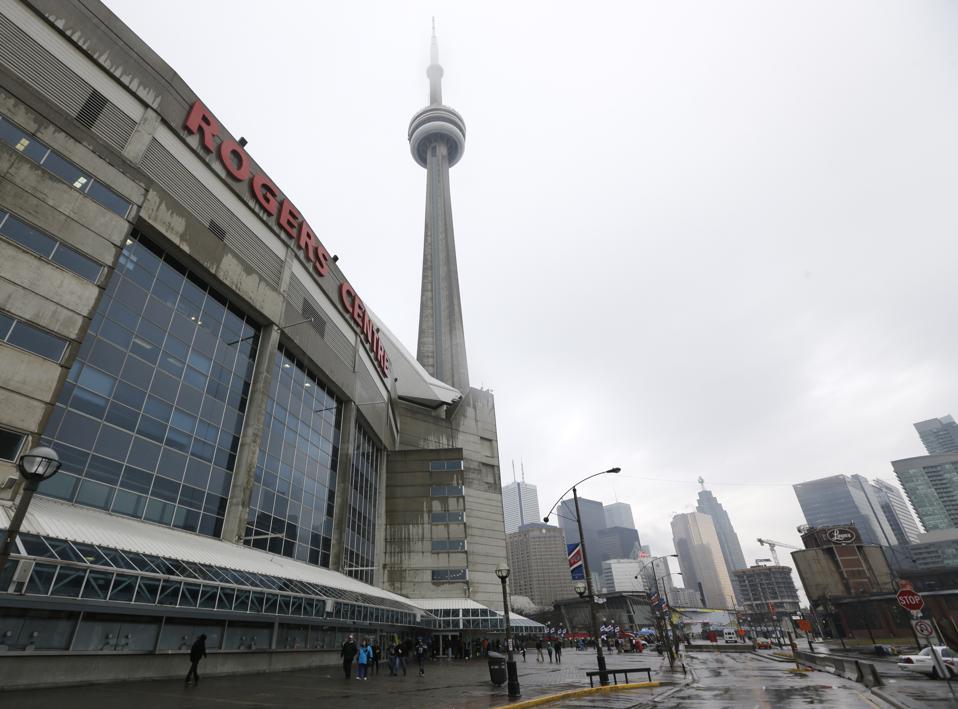 The Rogers Centre and the CN Tower before an NFL football game between the Buffalo Bills and the … [+] Seattle Seahawks on Sunday, Dec. 16, 2012, in Toronto. (AP Photo/Mike Groll)

Yesterday, the Boston Red Sox were supposed to open up the 2020 regular season in Toronto. While that game, along with the 15 other season opening games, did not take place, baseball fans better get used to it.

In the grand scheme of important events, Major League Baseball games rate a distant second or third or probably much lower after all the events surrounding the dangerous spread of coronavirus. Fifteen days ago, baseball suspended spring training games along with “at least the first two weeks of the regular season,” but that was just the beginning.

Major League Baseball’s own website has all eight of today’s games listed as being postponed, but they have tomorrow’s 15 games scheduled with a starting time. Please, don’t insult our intelligence.

In the grand scheme of important events, major league baseball games rate a distant second or third or probably lower after all the events surrounding the dangerous spread of corona virus. Baseball suspended spring training games along with “at least the first two weeks of the regular season”. But that was just the beginning.

ESPN’s website has the schedule a little closer to what will probably happen. They have all games listed through Sunday, May 17th as being postponed. Even that is wishful thinking. Yesterday, MLB commissioner Rob Manfred said, ‘My optimistic outlook is that at some point in May we’ll be gearing back up. We’ll have to make a determination depending on what the precise date is as to how much of a preparation period we need.”

Manfred should have said ‘very optimistic.’ Baseball will be fortunate to get back on the field before the end of May. Players will need ‘a preparation period’ of about three weeks of spring training before the regular season begins or they risk serious injuries. That extra three weeks of spring training, including some games, could and probably should be done with no fans on hand. So a rough estimate would put the start of the regular season sometime during the first half of June. Again, this is an optimistic estimate. 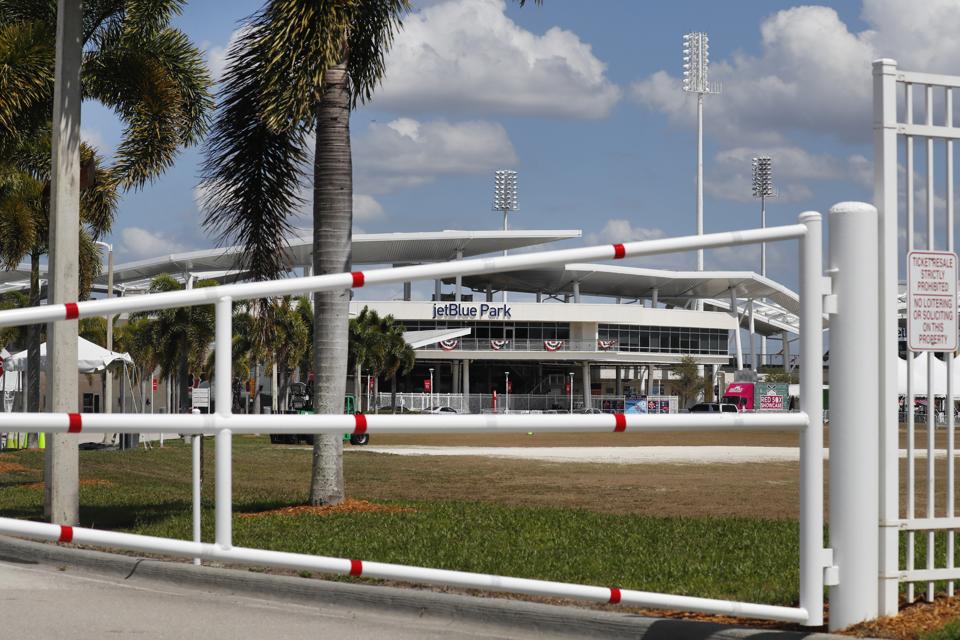 Gates are closed at JetBlue Park, home of Boston Red Sox spring training baseball, Friday, March 13, … [+] 2020, in Fort Myers, Fla. Major League Baseball has suspended the rest of its spring training game schedule because of the coronavirus outbreak. MLB is also delaying the start of its regular season by at least two weeks. (AP Photo/Elise Amendola)

If the season was to start on Monday, June 8th, the Red Sox and most other teams would have missed their first 57 games. So how greedy will Major League Baseball be in trying to reschedule some of their missed games? Isn’t 105 regular season games, which is how many the Red Sox would have left after June 7th, enough? The regular season is scheduled to end on Sunday, September 27th. MLB could squeeze another week’s worth of games in to extend the regular season to Sunday, October 4th, but that’s all.

So how do you add games to make it fair? A quick glance at a team’s schedule, along with an algorithm, would solve that. For instance, the Red Sox were scheduled to play Toronto ten times in their first 57 games. So you add a series with the Jays in that extra week. The Red Sox 162-game schedule had the Red Sox playing two series apiece against Texas, Houston and Cleveland in the first 57 games and no games against those three teams in the final 105. So you add a series against one of those three teams. 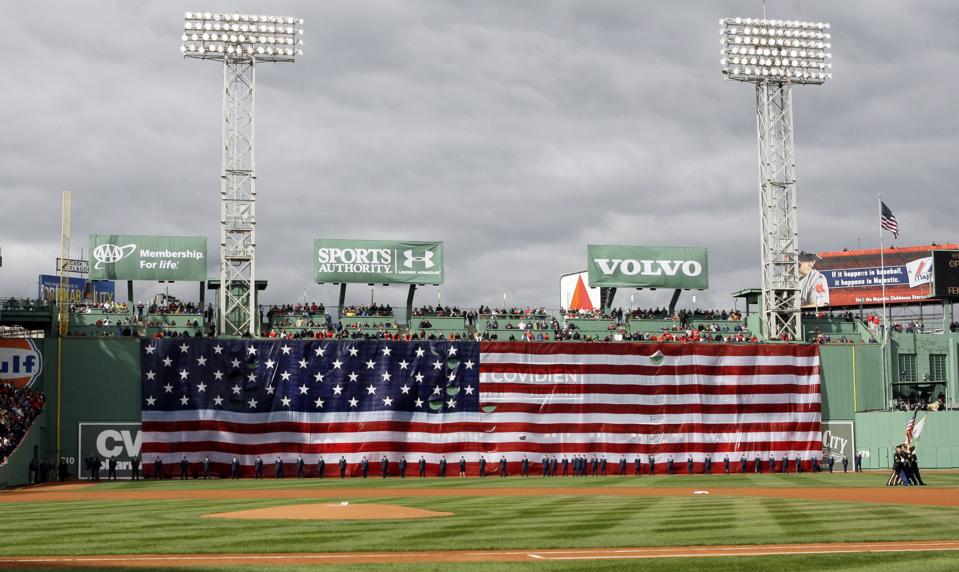 Baseball remains our national pastime. Going to a Major League game with your family continues to be on nearly everyone’s bucket list. Because of the coronavirus, not nearly as many people will be able to check that off their bucket list this year, but it’s a small price to pay for everyone’s good health.

So baseball fans must practice patience. It will be about two months until your favorite team is back in action. It will be a glorious day, because it will signal the end of the coronavirus controlling our lives.

Airlines Are Replacing ‘Self-Loading Cargo’ (A.K.A. Passengers) With Actual Cargo As Coronavirus Causes Havoc For Industry

Dos And Don’ts For Restaurant Orders During The Coronavirus Crisis