Breaking
Why Getting On TV Is Your Best Marketing...
Ask Larry: Can I Take My Social Security’s...
Students Can Get Hulu For Just $1.99 Per...
Documentary Calls Out Stereotypes, Issues Urgent Call-To-Action For...
The Best Preferred Stocks For 2021
China’s Rare Earths ‘Slump’ A Sign Of Domestic...
5 Ways To Promote Team Wellness This Winter
How To Refresh Your Business Ideas In The...
Yelp Is Now Accepting Covid-19 Safety Reviews …And...
What You Should Consider Before Entering An Intrafamily...
The Hidden Drag From The S&P 500 That...
The Flawed Inflation Narrative; And “V” vs. “U”
How, When And Where You Can See A...
Why You Should Stop Using Your Facebook Messenger...
IRS Collections Appears To Be Broken
Google Search Rival DuckDuckGo Tops 100 Million Daily...
Home Technology No, Science Has Not Made The Perfect Playlist For Your Day
Technology

No, Science Has Not Made The Perfect Playlist For Your Day

If waking up is hard to do, consider changing your alarm from a harsh beep to a nice melody. Researchers of the School of Media and Communication of the RMIT in Melbourne, Australia, conducted a study to find out which sounds are most likely to counteract the groggy morning feeling known as sleep inertia, and they learned that melodic tunes seemed to be the answer. That’s good news for everyone who loves music and hates getting up, so it’s been receiving its fair share media attention, both this week and last year when an initial version of the paper was first uploaded. But while the headlines might tell you which songs to listen to, the actual paper does not make such bold claims.

Another recent study suggests that you might want to switch to a new playlist once you start your daily exercise. A team of researchers in Italy looked at the effect of music on exercise and found that a fast song is more likely to get you working hard, while still feeling like you’re hardly working. From waking up to exercising, there seems to be a perfect playlist for every moment of the day. Because music is such an important part of many people’s lives, many researchers are curious about the ways it affects our brain and behaviour. Over the years, there have been studies on the effect of music on studying and working, music as therapy, music and shopping. 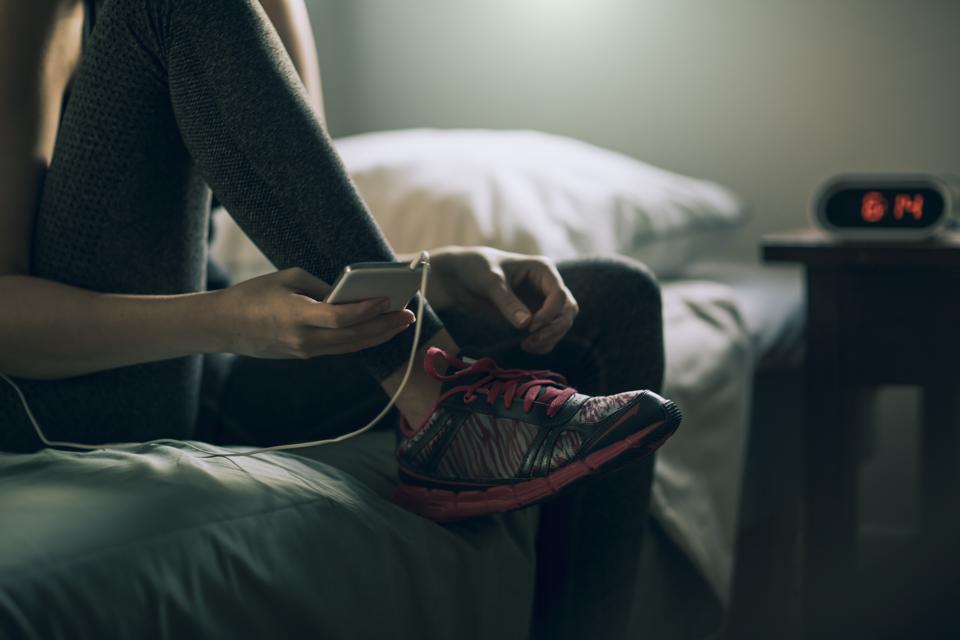 From your morning alarm to your exercise routine, scientists are interested in finding out howmusic … [+] affects your day. But these kinds of studies are not recommendation services for specific music.

If you wanted, you could use these studies to carefully tailor your playlist to give you the perfect song for any moment of the day, and you don’t have to look far to find that people have already suggested “science based” playlists for many of these situations. In response to the Australian study, a few articles have even specifically recommended The Beach Boys.

That suggestion was based on a short sentence in the paper where the researchers give a few examples of melodic music, to make it easier to understand what they’re talking about. They write, “‘Musical song’ incorporates melody as a dominant feature which is evident in popular Western music, examples include, yet are not limited to, The Beach Boys ‘Good Vibrations’, and The Cures ‘Close to me’. [sic]”

The Beach Boys (and The Cure) are mentioned purely to illustrate what melodic music is, but the study itself never looked at whether these bands were particularly good at waking you up. In fact, it’s possible that none of the fifty people involved in the study listened to the Beach Boys at all.

We never find out what specific songs the participants listen to, because the survey that the study is based on only asks them to describe the genre and the style of the music. Of course someone who answered that they woke up listening to melodic pop music could have been listening to the Beach Boys, but it could also have been one of the thousands of other musicians that produce melodic pop. It’s impossible to know.

Of the fifty participants in the study, seven indicated that they did not experience the effects of sleep inertia and that they listened to music they described as melodic. This number is very small, but was higher than expected for this particular combination of mood and wake up method, suggesting a correlation between the two. But that’s about as far as this study goes. To learn more, we’d ideally need some kind of experiment where people are forced to wake up to preselected sounds to see how that affects their mood.

The other study, the one that looks at the effect of music on exercise, did include such an experiment. They asked volunteers to walk on a treadmill or use a leg press while they either listened to music or worked in silence. When they listened to music, they were given five songs to listen to that either had a tempo of 90–110 bpm, 130-150 bpm, or a very fast 170-190 bpm.

When participants listened to music with the fastest beats, they were able to put more into the exercise, leading to a higher heart rate. But even though they worked harder, they didn’t perceive the workout to be as challenging as when they didn’t listen to any music at all. The effect was particularly noticeable in the endurance exercise on the treadmill.

One major caveat here is that all nineteen participants were physically fit women between the ages of 24 and 31. If that description doesn’t apply to you, there’s no guarantee that the music tempo would affect you in the same way.

That’s just something to keep in mind when you create your own exercise playlist. Another thing to remember is that music has many other properties besides tempo. There’s the melody, as we saw before, but also harmonies, instrumentation, rhythm, timbre. Even such subjective measures as whether or not you like a song can affect how useful it is as a motivator for exercise.

Music preference is likely to be a factor for alarm clocks as well. The people who answered the survey to indicate what type of music they listened to in the morning were describing what they had chosen to listen to. They likely set their alarms to play tunes they liked.

So yes, replace your beeping alarm with your favorite melodies, and you’re likely to have a better morning experience. But that’s as much as anyone can tell you at the moment. As convenient as it would be, science has not yet created a perfect playlist for every moment of your day.

Looking Deep Into The State Of Online Video For 2020