Breaking
Best Incentive To Get Vaccinated: Money, Messaging, Or...
Page Level Query Analysis at Scale with Google...
How A CIO Can Align IT With Business...
Blogger of the Month: Jo, Girl Eats World
6 Things Women In Business Know That Men...
How to Use First-Party Data for Ad Personalization
Pressing Reset—Putting A Fallen Unicorn Back On Its...
How We Went Viral: Promoting Content with Influencers,...
Blame Olympic Record Price Tag For Return To...
Apple iOS 14.5 Release: Should You Upgrade?
Why Gaming Gear Company Razer Launched A $50...
Technical SEO Implementations to Increase the Impact of...
30 Brilliant Ways to Market Your Eco-Friendly Shopify...
15 Tech Industry Leaders Share Overused (And Misused)...
How to Use Amazon Posts to Promote Your...
U.S. House Passes Bill To Create First Crypto...
Home Business Nostalgia Takes Hold As Football Turns Away From The Present
Business

Nostalgia Takes Hold As Football Turns Away From The Present 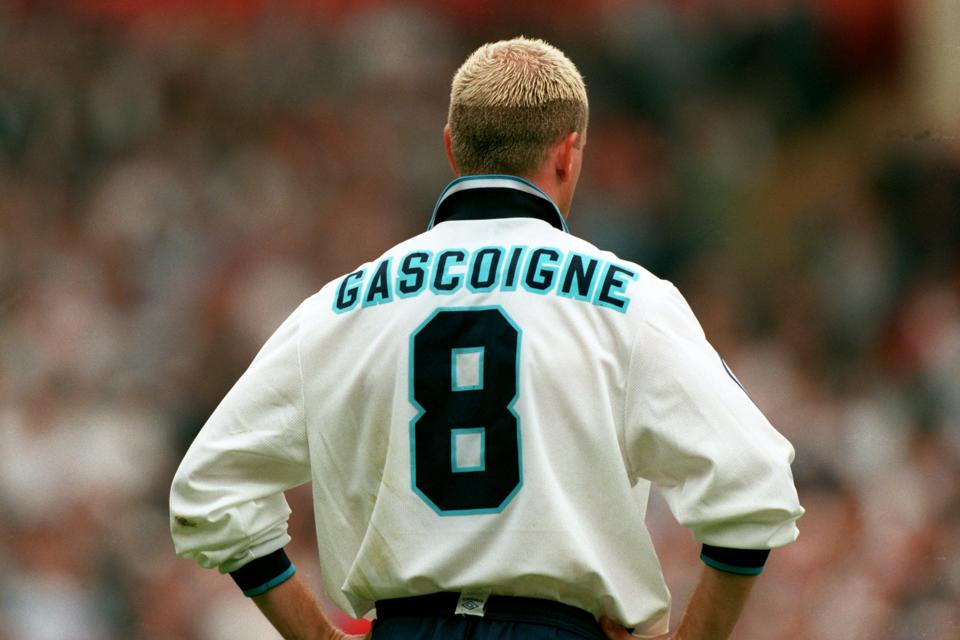 As football’s hiatus runs into its fifth week amidst the coronavirus pandemic, and with no return date presently in sight supporters, content providers and the industry at large are increasingly turning to nostalgia to help fill the void.

This summer, in lieu of a cancelled Euro 2020 the BBC plan to show ‘as live’ selected matches from Euro 96; a tournament that holds a special place in English hearts despite it ultimately ending in penalty shoot-out misery. The corporation’s main broadcasting rival ITV meanwhile intend to go one better, airing all 31 games from the competition. “There’ll be no shortage of vintage football classics for fans to indulge in over the next few months,” Paul Mortimer, the network’s Head of Digital Channels & Acquisitions, has promised.

Clubs too have been keen to revisit former glories via their media channels, partly out of necessity with no topical events to cover but also perhaps because in this strange and worrying climate people are finding comforting reassurance in the past. Middlesbrough have begun to stream reruns of their celebrated journey to the UEFA Cup final in 2006 and these ‘watch-alongs’ have proven to be hugely popular with supporters, accompanied as they are by ‘live-tweets’ courtesy of the club’s social media team. Elsewhere, a platform that shows full matches from yesteryear recently experienced such a spike in traffic that their site temporarily crashed.

If football from a bygone age is a welcomed distraction right now, then so too are the related pastimes from those eras. A scroll down a social media timeline reveals a plethora of fans and writers alike who are publicizing their progress while playing old versions of Football Manager, the hugely successful management simulation game, while those of a more creative bent proudly put up photographs of Subbuteo stadiums they have constructed. And should they get bored from these endeavors and seek out content online this also very much feels like a step back in time. With scant fresh subject matter to explore, listicles appear to be in vogue again while longer reads focus their attention on great goals and memorable games from previous seasons. 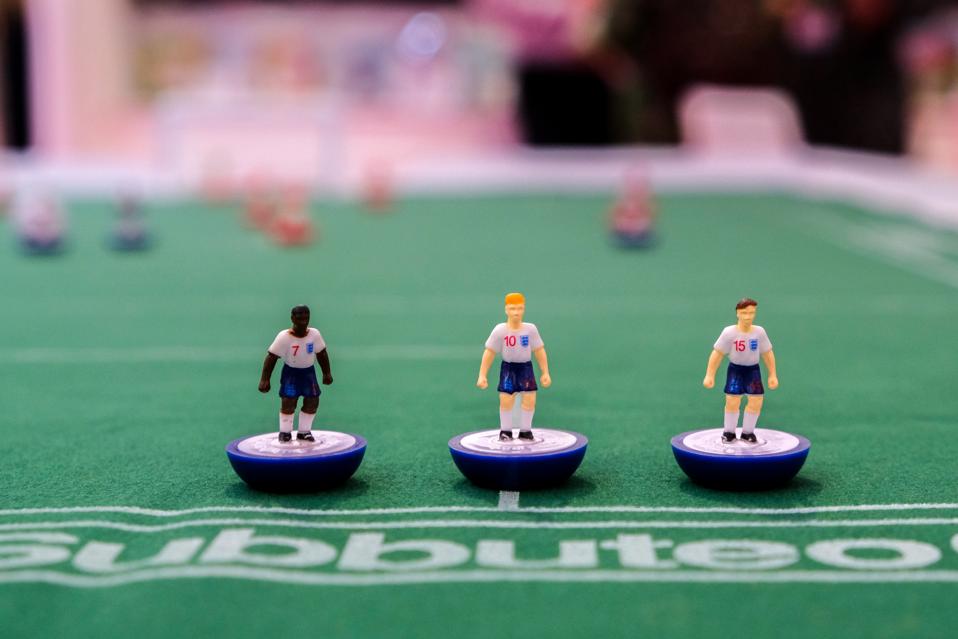 This current obligation to bring the past back to life naturally extends to fan media. On Crystal Palace’s Proud and Palace podcast they have been amusing listeners by reading out old match programmes, complete with player Q&As that never fail to have them naming steak and chips as their favorite meal, and across the air-waves such retrospective content is becoming more and more prevalent as the 2019/20 season vanishes in the rear-view mirror. John Gibbons from the award-winning Anfield Wrap explains why:

“Without any real football going on, it’s a strange time for a football podcast who prides itself on sharing the journey of supporting Liverpool Football Club. So instead The Anfield Wrap has fallen into the warm bosom of nostalgia.”

One feature that has been particularly well received is a segment entitled ‘On This Day’ that highlights stand-out moments from the club’s distinguished past.

“It has proven really popular with our listeners. Older fans get to reminisce whilst younger or newer fans get to learn more about Liverpool’s history. It is also a really fun way to reflect on how the game has changed.

“Liverpool fans are keener than most to celebrate and discuss our history, as rival supporters aren’t shy of pointing out. But I think it is currently fun for everyone, and every club has their stories to tell.”

With many hours of air-time to fill and no football at present to discuss, The Anfield Wrap has also recently embraced the emerging trend of ‘watch-alongs’.

“This week, through the Hotmic app we did a “live” commentary on Liverpool’s classic 4-3 victory against Newcastle United from 1996. So many full matches are online that it is easy to do. You just have to press play at the same time, mute the sound and we can all watch it together with the commentary we provide through the app. It’s giving people not just nostalgia but communal viewing, which is the main thing people are missing. Football is meant to be watched together.” 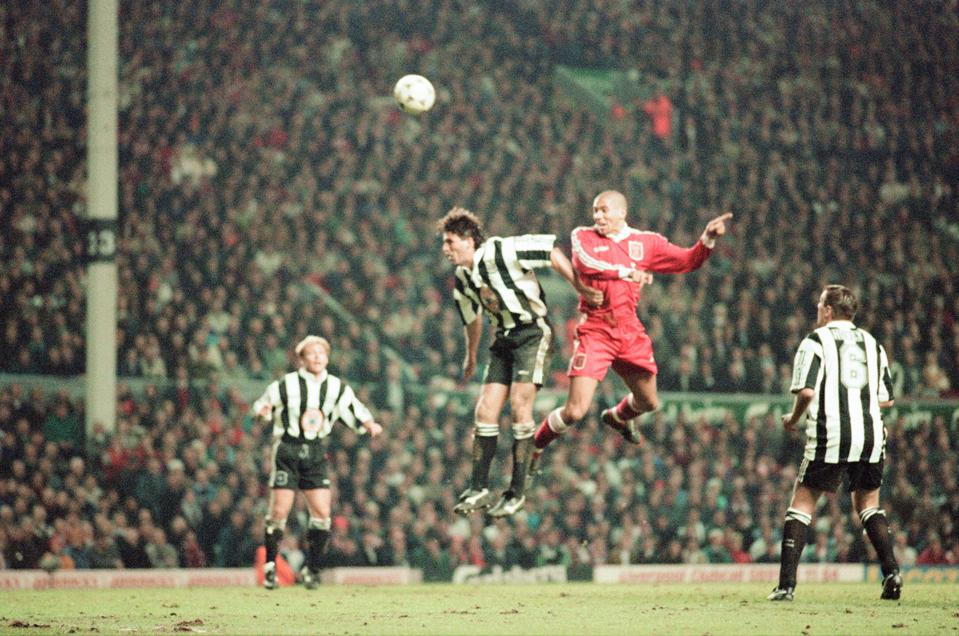 Once largely the preserve of hipsters and fans of a certain vintage, football’s past has quickly become a rich source of material to mine and the enthusiastic manner in which retro content has been taken up reveals that it is beneficial to all concerned. For content providers it acts as a temporary and necessary placeholder. For supporters it gives them their regular football fix while its familiarity, as alluded to earlier, clearly provides some much-needed respite in uncertain times.

If this intrigues from a societal perspective its commercial implications are also worthy of note. For if our recent eagerness to look back is heartening it should be acknowledged that the UK was already experiencing a significant nostalgia boom in its sporting field that was seeing merchandise and memorabilia sales exponentially grow.

TOFFS is one of the country’s leading manufacturers of retro sportswear and it has seen its business go from strength to strength since founding in 1990 as an aesthetic appreciation of iconic kits from a bygone age increasingly becomes the norm.

Rory O’Connor from the company can only see this continuing as modern football ever more detaches itself from its moorings.

“Even before the outbreak, we were seeing an increased interest among younger generations in the history of their teams and a growing trend for classic shirts and vintage designs.”

“The Covid-19-enforced football hiatus is a great time for broadcasters, teams and brands to remind fans of the good old days – allowing us to relive the big games and associated memories. Every club has had success in its history and now more than ever is a great time to celebrate that.”

From the revisiting of classic matches, to the playing of classic games, all the while wearing a classic shirt, our love of the old has never been more heightened and it will be fascinating to see to what extent this persists when football returns anew. Certainly for now though we can assuredly say that presently the future looks very bright indeed for football’s past.

What It Will Take To Beat The Coronavirus Pandemic