Now Is The Perfect Time To Get Into Pathfinder Second Edition 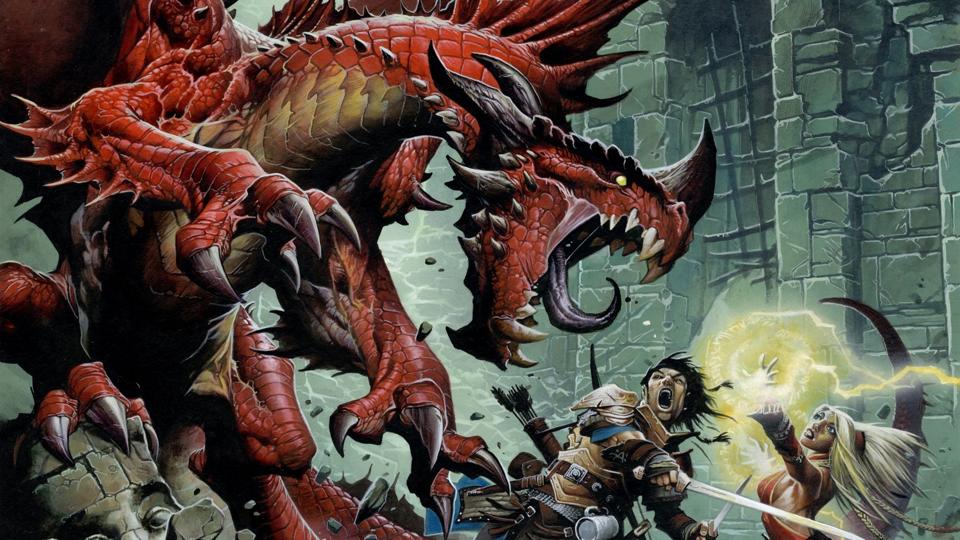 Will Pathfinder Second Edition rise to the occasion?

Those new to role-playing games might be unaware of the sibling rivalry between Pathfinder and Dungeons & Dragons. The short version is this; when Wizards of the Coast announced a new edition of D&D after 4th edition, several designers working with the company decided to continue publishing material for the outgoing 3rd edition with some small edits and adjustments. That eventually became the Pathfinder RPG. The company that formed to publish it, Paizo, went on to create several critically acclaimed adventure paths, an adventure card game and support long time fans in ways that the 4th Edition of Dungeons & Dragons did not.

The popularity of Fifth Edition, however, put Paizo at a crossroads. Pathfinder had put a decade of material out for players, not to mention the things from back when the game was still D&D. Much of the appeal of Dungeons & Dragons 5e comes from its simplicity and accessibility to new players. Paizo had a loyal audience but for Pathfinder to grow, it needed to find a new audience. How could a game built on the idea of leaving no game book behind survive?

The new edition had to become its own thing. It took a hard look at what worked and what didn’t and made hard cuts. This left many of those old favorite books in the dust but also made the new classes run more smoothly. It took a look at usability and adjusted templates to clearly state what spells and abilities would do. The designers of the new edition looked at everything from monsters to experience and changed anything that didn’t work once they were free from needing to be backwards compatible. There’s still a lot of things that can be pulled forward; Paizo built a great setting called Golarion and has hundreds of adventures that still work. But much of the mechanical complexity is gone.

It adjusted the flow of encounters to make them run more efficiently. Each thing a player can do in a battle takes up one, two or three actions. Instead of the strange dance of balancing movement with attacks or locking multiple attacks behind level progression, players make those choices in the moment. Want a beefy barbarian to take three swings with a great axe? No problem. Want a ranger to run and gun (bow?) Sounds good. There are still complex choices to make, but a lot of the rules and feats that cluttered up Third Edition are gone.

Character progression is also streamlined. Fifth Edition made the call to keep character choices simple. Players choose an archetype fairly early on and that’s it. Only magic using characters have spell choices in later levels. Pathfinder Second Edition offers many choices whenever gains a level. Characters have several feats and class options to choose from that allow characters to be shaped through play. Two Goblin Alchemists in the same game, for example are going to be much different the longer they get played.

Pathfinder Second Edition has positioned itself as the deeper, more customizable and more tactical alternative to Dungeons & Dragons Fifth Edition. Fans still on the fence about trying it out have an excellent opportunity to sample the game via Humble Bundle. From now until August 4th, 2020, there is a charity bundle of the main rulebook, sourcebooks, pieces of fiction and electronic battle maps suitable for virtual table tops. There is even a chance to get a physical copy of the core book at a much cheaper price for those fans who are willing to pay shipping. Proceeds from the bundle go to The National Urban League, The Carl Brandon Society and NAACP Legal Defense Fund.

For fans of D&D looking for a bit more choice, for fans of the first edition curious to see what’s new and for anyone who loves fantasy RPGs, it’s a great time to get on the path.

Trump Will Challenge The Subpoena Seeking His Tax Returns, Despite Supreme Court Decision

From Medical Marijuana To Bicycle Repairs, Some Older Entrepreneurs Are Cashing In On Pandemic Demand

Ring In The New Roaring Twenties With Superhero...

One Human Uses The Same Amount Of Water...