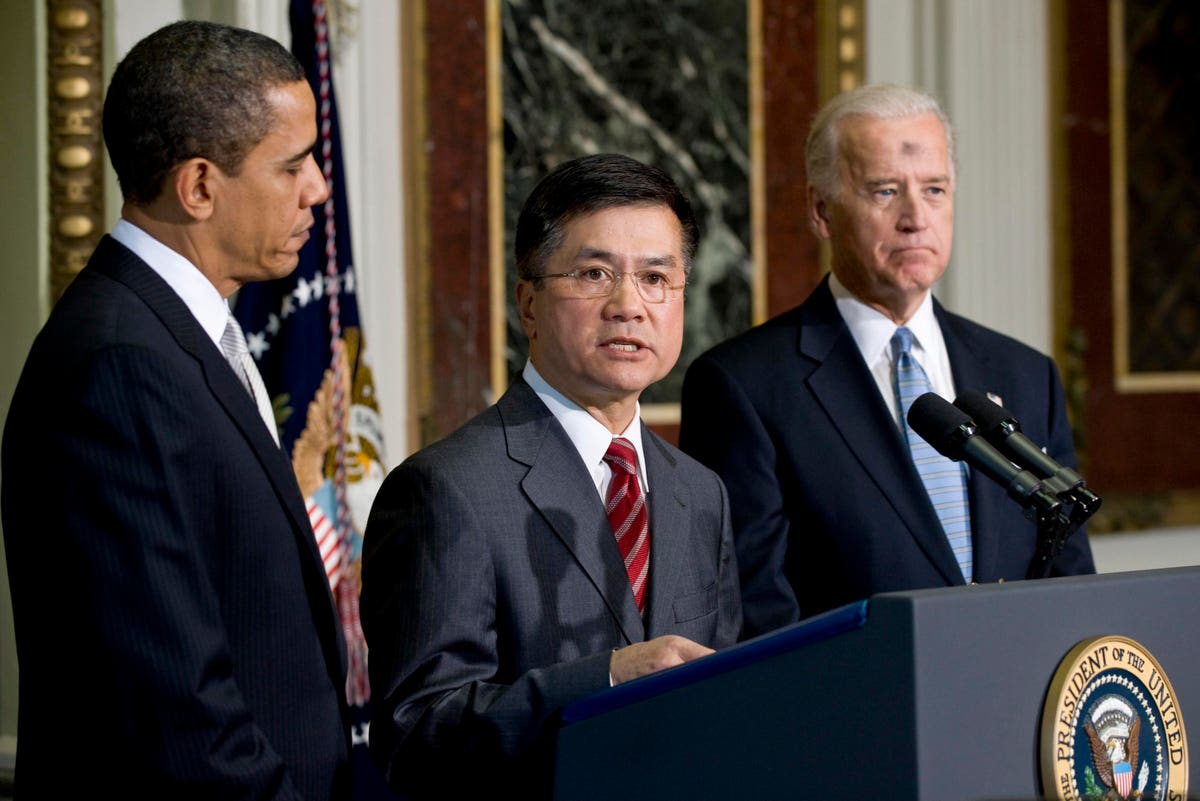 The Committee of 100’s members include Gary Locke, former governor of Washington, center.

The U.S. and China should work together address the “vast, cascading economic consequences” of the coronavirus pandemic, a top Chinese-American group said in a statement today.

The Committee of 100 “calls on the peoples and governments of the United States and China to come together to exert all extraordinary measures not only to slow the spread of the virus and to find a cure and vaccines, but to seek solutions to the vast, cascading economic consequences that is continuing to impact the world,” it said.  (Click here for the full statement.)

The Committee of 100, or C100, is made up of leading Chinese-Americans in business, government, academia, and the arts, and addresses issues of concern between the U.S. and China. Founded by I.M. Pei in 1990, members include Yahoo co-founder Jerry Yang, cellist Yo-Yo- Ma, former Washington state governor Gary Locke, and former NASA astronaut Leroy Chiao.

Fallout from the virus outbreak has helped to fuel the deterioration of U.S.-China relations to the lowest level in decades. “U.S.-Chinese Distrust Is Inviting Dangerous Coronavirus Conspiracy Theories And Undermining Efforts to Contain the Epidemic,”  an article in “Foreign Affairs” journal noted this month. “Foreign Affairs” is published by the Council on Foreign Relations, whose membership includes much of America’s foreign-policy establishment.

C100 also expressed alarm about a spate of racist attacks on Asia-Americans following the spread of the virus.

“C100 has been greatly alarmed by racially charged slurs, actions, and violence against the Chinese American and Asian American community,” the group said.  “We are heartened by President Trump’s voiced support of the Asian American community, though regardless of reason or intent, some of these actions against Asian Americans have been fueled by earlier comments of U.S. officials, with some ascribing the name of the virus to a specific race of people at a time when Americans are fearful and looking for someone to blame. At the same time, we have been equally disappointed by the lack of transparency at the onset of the crisis by Chinese government officials, the credence given to conspiracy theories against the United States, and the suggested removal of American journalists from China.”

“We are living in a once-in-a-lifetime crisis that calls for cooperation and collaboration, not finger pointing and recriminations,” the group said. “As we continue to be vigilant in preventing the spread of racism, to slow the spread of the virus and ultimately find a cure and vaccines, we must bring everything—and everyone—to the table, and not fuel anxieties and fears. Now is the time that we should all unite in a common goal of finding solutions to the shared challenges we face.”

Branding For Franchise Success: How To Achieve And...

Justin Bieber Is The First Musician To Hit...

What Has Corruption Got To Do With Human...