Breaking
Senator Marco Rubio Called Out Twitter For Its...
The False Narrative Of Bitcoin’s Role In Illicit...
Leading By Example Into The New Year
Why Ethereum Has Hit An All-Time High As...
How You Leave Will Shape Your Legacy
The Next Evolution Of Digital Mental Health Support
Paizo And Pinnacle Team Up For Savage Pathfinder
Mammoth U.S. Borrowing Needs Meet Lower Foreign Participation,...
This Leader’s Work To End The Organ Donation...
SAP BrandVoice: Re-Thinking Tax Reporting And Collection In...
What ‘Backs’ The Dollar? Easy: Production
How To Create A Bulletproof Patent
Here’s The Same Financial Advice Given To Mike...
Consumer Health And Wellness Needs Bring New Challenges...
The (Not So) Secret Science Of Whiskey Value...
The Next Five Years: Cyber Insurance Predictions Through...
Home Business Oatly Hopes For Frothy IPO Market In 2021
BusinessFinance

After raising $200 million from Blackstone and Oprah, the oat milk company could also attract a Big Dairy suitor if COVID-19 sours the stock market.

By Dayna Fields and Barbara Pianese

Hoping to be the second plant-based company to go public with a listing in the U.S. next year, Swedish oat milk maker Oatly seems to be taking several pages from the Beyond Meat BYND  playbook.

Its plans could be thwarted, however, if the stock market swings downward within the next 12 to 18 months as a result of the COVID-19 pandemic and nationwide retail shut-downs, Mergermarket reported last month. 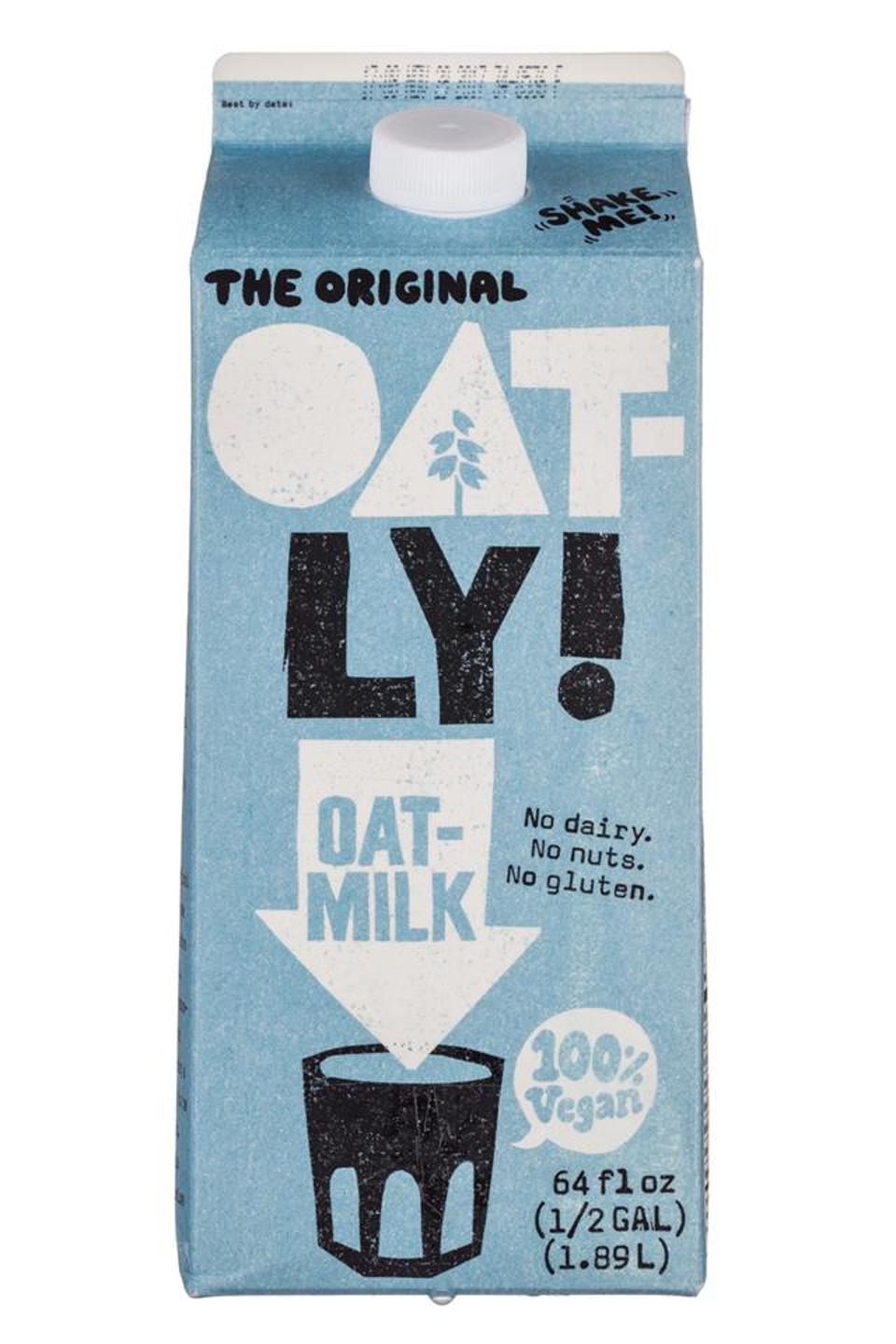 If Oatly is faced with a lackluster public market, it may find acquisition offers more appealing, with Massachusetts-based HP Hood, France-based Danone and Switzerland-based Nestle among the logical suitors because they are three of the world’s largest dairy players.

Oatly was valued at $2 billion in June when it closed on a $200 million fundraising round, advised by Goldman Sachs GS —a stake sale that Mergermarket first reported in February. The article also pointed to global consumer packaged goods players as possible suitors, such as Unilever, Pepsico PEP  and Coca-Cola KO .

Oatly stands to benefit from the road paved by Beyond Meat, who had first-mover advantage but also the burden of being the first to educate U.S. investors on the merits of plant-based foods. That may be one reason Oatly was able to land large private equity firm Blackstone Group BX as its lead investor.

Ultimately, Beyond Meat went on to become the best-performing IPO of 2019, and today it has a market cap of $7.8 billion. It trades at a 21.9x trailing 12-month enterprise value to sales multiple—well above other technology-enabled peers that have been dubbed industry disrupters, such as Spotify (5.94x), Netﬂix NFLX (10.57x) and Uber UBER (3.63x), according to Dealreporter analytics.

But Beyond Meat went public in a year with strong capital markets and strong exit valuations in the consumer space. Whether or not the markets cooperate for Oatly in 2021, the company is intent on being poised for the opportunity.

For example, it aims to notch $1 billion in global sales, Chairman Eric Melloul told Mergermarket, and it is building more factories in Asia, Europe and the U.S. It drew in celebrity investors like Oprah Winfrey and actress Natalie Portman, and it touts itself as a technology-enabled sustainable “dairy” company for Generation Z.

Similarly, Beyond Meat had backing from Microsoft MSFT co-founder Bill Gates and actor Leonardo DiCaprio—and it boasts a patent on its technology.

It too is mission-driven to improve the planet’s long-term health by shifting consumers away from animal protein, according to its website.

In April, Starbucks SBUX China announced a deal that puts both Oatly lattes and Beyond Meat sandwiches on menus at all its stores as it looks to become a more “resource-positive company,” according to a press release.

Other similarities between the two include a growing lineup of products that directly compete with traditional dairy and meat.

The 20-year-old oat milk maker is expanding its oat-based ice cream and yogurt in the U.S., while other European products include coffee creamer, spreads and sour cream. In March 2020, Beyond Meat launched Beyond Breakfast Sausage, joining items that include plant-based ground beef, bratwurst and Italian sausages.

Meanwhile, traditional dairy players are struggling to stay relevant to Gen Z and think “outside the cow,” one source told Mergermarket. Borden Dairy Co. and Dean Foods DF ﬁled for bankruptcy over the past year. National meat processors are also hurting as COVID-19 infects employees and forces plant closures at companies like Smithfield Foods.

While similar in many ways, there are also some stark differences between Beyond Meat and Oatly, noted an industry investment banker.

Oatly has a global presence, a $1 billion revenue goal and intentions to be profitable before an exit, a source told Mergermarket. In contrast, Beyond Meat went public as a U.S. company with reported revenue of around $88 million and a net loss of nearly $30 million—and it is still not profitable.

Growth can be stunted as competitors emerge and eat into market share, said the banker. In addition to Tyson, for example, Beyond Meat competes head-on with Impossible Foods, while new brands are entering the space at an increasing pace.

Likewise, Oatly could lose U.S. customers to California-based Caliﬁa Farms, which raised $225 million in a Series D round of funding in January at a valuation of $800 million, as reported by Mergermarket. Smaller independent competitors include New York-based Elmhurst 1925, Los Angeles-based Miyoko’s Kitchen and Emeryville, California-based Ripple Foods.

Perhaps though there is enough growth for everyone, as London-based Meticulous Research forecasts the plant-based food market to reach $74.2 billion by 2027.

For the four weeks following the onset of the coronavirus in mid-March, notes the association, plant-based food sales grew 35% faster than total food sales.