As coronavirus cases continue to spike across the country while the Trump administration downplays the severity of the situation, former President Barack Obama warned against politicizing the virus in tweets Wednesday and pointed to data showing that the U.S. has one of the worst outbreaks in the world. 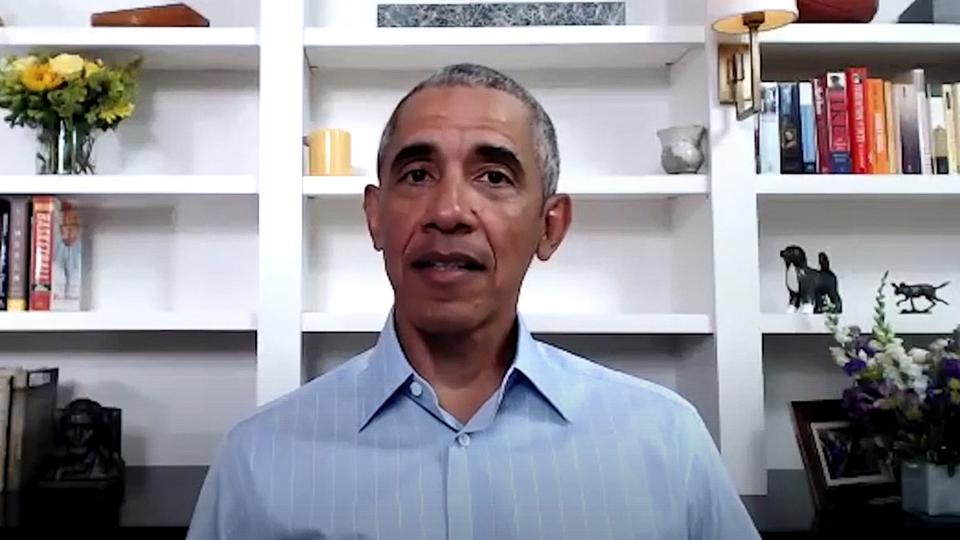 THE OBAMA FOUNDATION/AFP via Getty Images

“The latest data offers a tragic reminder that the virus doesn’t care about spin or ideology—and that the best thing we can do for our economy is to deal with our public health crisis,” Obama tweeted, adding a chart that provides a “quick look at how our response stacks up with countries around the world.”

Obama’s tweets included links to two New York Times articles published Tuesday: In one, historian John Barry argues that the pandemic could get “much, much worse” and that “a comprehensive shutdown may be required in much of the country,” and the other says that the U.S. “reacted too slowly to prevent an initial outbreak” and that much of the country “declared victory prematurely, leading to the current surge of new cases.”

Barry wrote about the need for social distancing, masks, hand washing and self-quarantine as well as improved testing and contact tracing, adding that the fact that Trump “finally wore a mask publicly” may help depoliticize the issue.

Obama’s view that focusing on the “public health crisis” should come first appears to be at odds with Trump’s desire to reopen schools and businesses to revitalize the economy, despite opposition from top public health officials including the nation’s top infectious disease official, Dr. Anthony Fauci, and Centers for Disease Control and Prevention (CDC) Director Robert Redfield.

Trump has appeared to minimize the severity of the pandemic, going as far as to claim that 99% of coronavirus cases are “totally harmless” and to insist that the virus will “disappear.”

Covid-19 case numbers have been increasing in 41 states over the past two weeks, according to New York Times data, and cities and counties in especially hard-hit areas in the Southeast and Southwest are reportedly putting refrigerator trucks on standby over fears that their morgues could soon run out of room. Despite spikes and grim record-breaking milestones, Redfield said Tuesday that “if we could get everybody to wear a mask right now, I really do think over the next four, six, eight weeks, we could bring this epidemic under control.”

On Monday Trump retweeted an accusation that the CDC and Democrats are “lying” to keep “the economy from coming back” as a tactic for winning the election.

“Had we done it right the first time, we’d be operating at near 100 percent now, schools would be preparing for a nearly normal school year, football teams would be preparing to practice — and tens of thousands of Americans would not have died,” Barry wrote. “This is our second chance. We won’t get a third. If we don’t get the growth of this pandemic under control now, in a few months, when the weather turns cold and forces people to spend more time indoors, we could face a disaster that dwarfs the situation today.”

The Pandemic Could Get Much, Much Worse. We Must Act Now. (New York Times)

Three Sustainable Fine Jewelry Brands That Should Be...