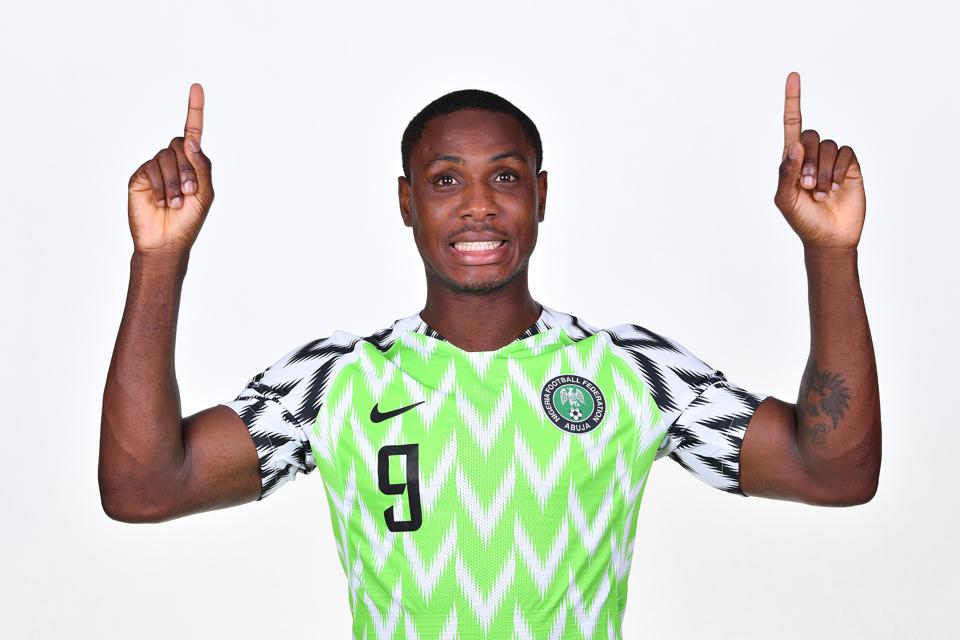 Odion Ighalo joined Manchester United on loan from Shanghai Shenhua on deadline day. He will be at Old Trafford for the second half of the season.

His last half-season in the Premier League saw him score one goal in 18 appearances for Watford. The season before that, he scored 16 Premier League goals, but just two of those came after the turn of the year.

That’s not the kind of form that will give Manchester United fans much cause for celebration this weekend. Make no mistake, Ighalo is a short-term fix. If Marcus Rashford hadn’t got injured then United would not be in for him.

On the plus side, he has averaged better than one goal every two games in each of his past three seasons in China, and his pacey style should fit in well with the way Ole Gunnar Solskjaer likes to play. He also brings something to the side that players like Anthony Martial don’t.

As soon as a player goes to China, some fans in England write them off as a has-been, but players have been a success after returning to Europe in the past and if clubs like Barcelona and Atletico Madrid are willing to sign players from the Chinese Super League then Manchester United fans shouldn’t look down on the league either.

Ighalo has shown in the past that he can succeed in the Premier League, and could be a short-term success, but the real benefits of signing Ighalo are more likely to be evident in future transfer windows.

There are three building blocks that provide the foundation for long term soccer success: a strong youth development program, strong revenues, and a good transfer policy. Get these three things right and despite the ups and downs of weekly results, the overall trend will be that a club will get stronger.

Manchester United have got two out of three of these building blocks. They had the youngest team in the Premier League over the first half of this season, and their young attackers, Rashford, Martial and Mason Greenwood, have shown the potential to be the best strikeforce in the league. They also have the commercial revenues needed for sustained success.

But two out of three building blocks isn’t good enough to compete with Liverpool or Manchester City, and Manchester United have had an absolutely disastrous transfer policy over recent years. Over half of Manchester United’s major signings under David Moyes, Louis Van Gaal and Jose Mourinho have already left Old Trafford. Alexis Sanchez, who is still receiving a fortune off Manchester United to sit on Inter Milan’s bench, is Exhibit Number One in that regard, but in almost every year since Alex Ferguson left, there have been more mistakes than successes in the transfer market, and a lot of those mistakes have proven very expensive.

In that regard, it is better to sign a striker on a short-term deal now rather than break the bank to give another striker a long-term contract in an ill-thought-out, rushed deal. Any permanent striker would have to compete with Rashford over the long term, and that money would better be spent improving other areas of Manchester United’s squad.

United are still challenging on several fronts this season. They needed a striker. But few clubs get good deals in January, so for such a key position, it is better to wait until the summer and take their time to get that signing spot-on.

Had United not signed anyone, then they could have been tempted to rush Rashford back from injury. Rashford is the club’s biggest asset, and it would be foolish to push him too hard like Tottenham Hotspur have done with Harry Kane. Signing Ighalo will mean that Rashford can recover properly rather than do himself lasting damage.

If Manchester United are ever going to return to the top of English soccer, it wont be through panic buys, but good-value signings that fit into the long-term plans for the team.

Ighalo might just give Manchester United enough firepower to get them into the Champions League places this season, but even if he doesn’t work out, he won’t be an expensive dud that the club can’t get rid of.

His short-term move is quite expensive when looked at per week, but the finances that it doesn’t waste in the long term might help Manchester United slowly turn their ship around and get back on the course for long-term success.

The Nativity Scene: An Inspiration For Cultures Around...

EU Hardline Over Trade Talks With U.K. Will...

This Week In Credit Card News: Has Your...

The Striking Similarity Of Those Super Bowl LIV...