Breaking
FIFA 21 Next-Gen Details Revealed For PS5 And...
Being Right At Being Wrong
Biden’s Stock Market Is Off To A Faster...
How To Avoid Social Media Misinformation Ahead Of...
The True Cost Of Losing An RFP
When Cause And Effect Converged With Humanity
Exxon Mobil Breaks Above 200-Day Moving Average –...
This Small Business Is Looking To Make America’s...
6 Questions To Practice Gratitude This Thanksgiving
Report: Facebook Tweaked News Feed After Election Day...
End The Month Strong With These Top Value...
From Maths Failure To Global Educator: How Knowledgehook...
What Will Customer Service Look Like In The...
‘Call Of Duty: Modern Warfare’ And ‘Warzone’ Season...
3 Lessons Startups Can Learn From Quibi’s Failure
You Aren’t An Imposter, No Matter What Your...
Home Business Of Primary Concern: Improving This Presidential Process
Business 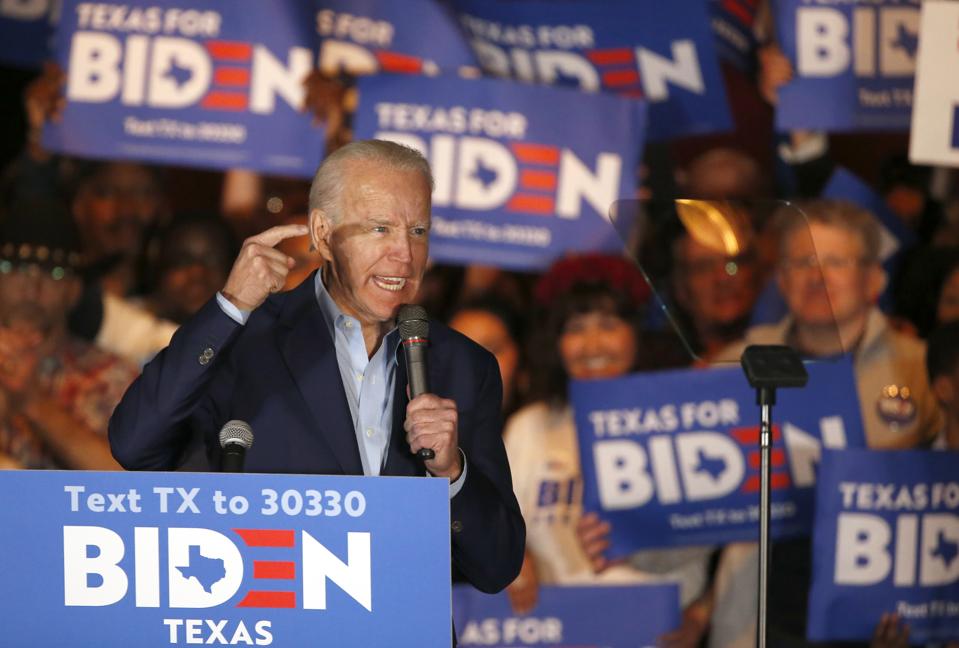 This contest isn’t over.

Vermont Sen. Bernie Sanders could stage a comeback (mostly likely, he needs former Vice President Joe Biden committing the mother of all gaffes at the next debate, which is on The Ides of March in Phoenix – two days before big votes in Florida and Ohio).

Meanwhile, a few problems seem obvious – and a few repairs seem necessary – as to how the nation goes its presidential business.

Choose A New Starting Point. You’ve heard the complaints for over a month now – Iowa and New Hampshire’s electorates are lilywhite; Nevada’s caucus is complicated and time-consuming; African-Americans wield too much influence in South Carolina’s primary.

What this suggests: finding a new starting point in 2024.

Soon after the Iowa debacle, I posted this column, in this space, suggesting that the Democrats replace Iowa with Illinois as the first state to vote.

I’ll give you a moment to roll your eyes. Yes, the Land of Lincoln is also the Land of Blago, Hastert and too many other political scandals to list here (according to the conservative Illinois Policy, corruption in Illinois costs state taxpayers an estimated $550 million annually).

So why Illinois? Because it’s Midwestern, easy to access via airplane, and offers diversity both in race (14% African-America; 17% Hispanic/Latino) and lifestyle (the state’s home to both metropolitan Chicago and a more rural existence closer to its Iowa and Missouri borders).

It’s also a large undertaking – the nation’s sixth most populous state – but presumably not so large as to be dysfunctional (i.e., it’s not California, which seems to be in no hurry to count its outstanding ballots).

I’m not wed to Illinois, by the way. Missouri, which votes this week and just yesterday cancelled a candidates’ forum scheduled for this weekend, would suffice. It’s the nation’s 18th-largest state. And it’s both urban and rural, though not quite as diverse as Illinois (11.57% black). Besides, if you’re going to pass on Abraham Lincoln as the local icon, Harry Truman’s not a bad substitute.

Make Tuesdays Less “Super”. Nearly 40% of all pledged Democratic delegates (that’s not counting the superdelegates, who march to their own beat and can choose their own candidates), were decided this week in the 14-state “Super Tuesday.”

That’s too much to process, in too narrow of a space – the 72 hours after the polls closed in South Carolina.

Maybe it’s not that different of a race if 2020’s “Super Tuesday” occurred 10 days after the previous contest – Biden perhaps gets more delegates in California, if he devotes more time to campaigning in the Golden State; Sanders probably doesn’t fare much better as he’d still have Massachusetts Sen. Elizabeth Warren subdividing the progressive vote in the likes of Maine, Minnesota and Texas.

But more attention and more time to campaign pre-Super Tuesday would have benefitted Democrats long-term in Texas, home to an additional two million voters since the last presidential election and a state that Democrats covet in their long-term electoral plans (give the Democratic nominee Texas and add it the usual “blue” suspects California, New York, Illinois, Maryland, Massachusetts and Washington State – 175 electoral votes in this election – and the Republican would have to do the near-impossible of taking 270 of the remaining 363 electoral votes to win the presidency).

My fix: the Democratic National Committee needs to consider limits on one day’s worth of contests – no more than the six states voting next Tuesday, or the 577 pledged delegates at stake when four states vote on March 17 (not even one-half of the 1,357 delegates this week).

For years, I’d advocated a weekly voting process in which candidates have to stump in a combination of states large, medium and small, with those states chosen by lottery. One day, maybe the parties will listen.

Fine-Tune Early Voting/Voting By Mail. Getting back to Texas, for a moment. For this year’s primary, the Lone Star State allowed voters to do so early – by personal appearance, from Feb. 18-28.

The problem with this? What if a Texas Democrat cast his or her walk-in ballot for Pete Buttigieg, Amy Klobuchar, only to see both presidential hopefuls leave the Democratic field less than 48 hours after in-person early voting ended?

Buttigieg and Klobuchar, who endorsed Biden and campaigned for him in Texas pre-Super Tuesday, took a little over 6% of the Democratic primary vote. Add that to Biden’s total and he gets a more Texas-sized 40% of the vote – and a few more delegates.

California presents a different problem: voting by mail. Almost two-thirds of California’s 20.6 million voters now receive a ballot in the mail for every election. As those ballots can be postmarked up to and including Election Day – and counted so long as the ballot arrives within three days – it gums up the process.

I’d cut California some slack if this were a necessity – millions of voters needing a ballot because they won’t be in town on Election Day, or the daily grind doesn’t allow for time to visit the polls. But for many Californians, it’s a lifestyle choice – and a way to get around voting in person.

My fix: California should revisit its permanent voting-by-mail status, returning it to an as-needed system. Both states should consider a moratorium on early voting (why not a state holiday both the primary and the fall election?).

My question: in an Information Age in which candidates can report donations in real time, why not blow the cap on contribution limits?

Years ago, during a presidential run, Bob Dole had a clever explanation for how he treated donors. Dole told reporters that he abided by “The Washington Post Rule” – i.e., he’d accept a check so long as he didn’t have a problem seeing the name scrawled on the bottom righthand corner of that check in the pages of a newspaper the following day.

This idea will go nowhere fast right now, as the political world at present smugly delights in Michael Bloomberg and Tom Steyer spending more than three-quarters of a billion dollars and winning not a single state between them (Bloomberg earned only 44 delegates; at that pace, winning the Democratic nomination would have cost him $9.5 billion).

But what happens when a candidate comes along who has Bloomberg-like money, but not Bloomberg’s aloofness and iciness? Absent a level playing field that allows rival candidates to monetize as swiftly as the plutocrat self-financing his or her efforts, the Democrats may one day wind up with a billionaire nominee who succeeded in turning the delegate chase into a leveraged buyout.

Not a dream scenario for a party that denounces wealth, with the same frequency it disparages Donald Trump.

Defense Against the Dark Arts: Why Negative SEO Matters, Even if Rankings Are Unaffected