Breaking
How To Get Your Startup Business Off The...
How To Create A COVID Safe Construction Site
How to Make a Good First Impression at...
Nvidia’s Stocks May Plunge 12% Following Its Deal...
Stoke Tank Empty? Check Out Social Media Celebs...
Ask Larry: What Happens To The Money Withheld...
How Far Will Tech Decline?
How AI Platforms Are Improving Talent Management In...
How To Stand Out When Clients Go Searching...
‘Decoding Porygon’: Steps And Rewards For Porygon Community...
US Postal Service Files A Patent For Voting...
7 Business Leaders Share Their Self-Care Secrets
Apple Boosts IPad Air Performance By 40%…And Other...
Biden Was Right. The Hispanic Market Is Incredibly...
Plan To Buy An Electric Car? Is A...
Covid-19 Death Toll In U.S. Passes 200,000
Apple iOS 14 Has 25 Great Secret Features
5 Decisions That Will Increase Your Chances Of...
Coronavirus Is Shaping Up To Be Very Bad...
Home Business Off-Season Moves Give Chicago White Sox Contention Fever
Business 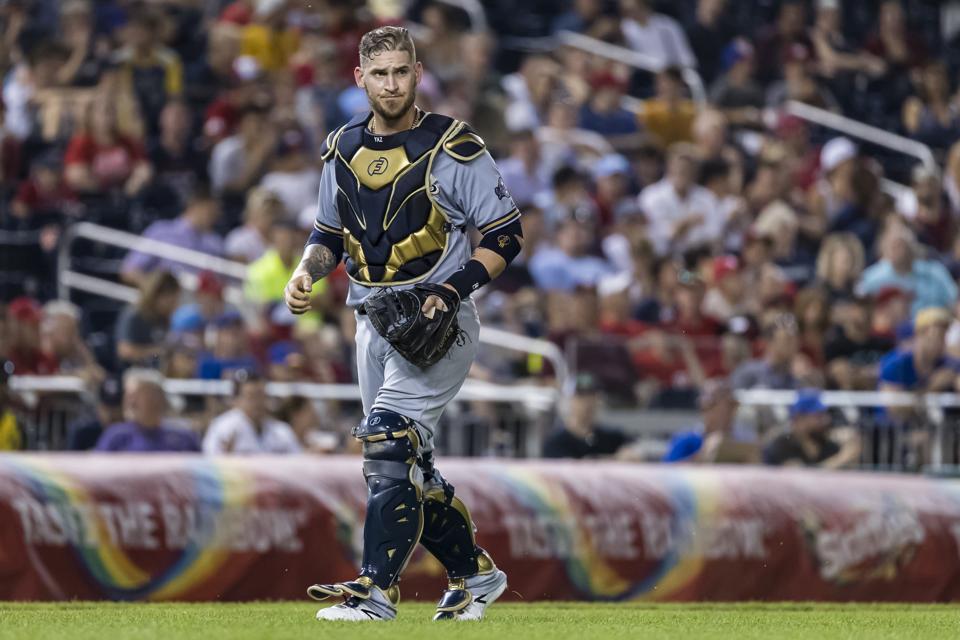 Catcher Yasmani Grandal agreed to a four-year, $73 million contract with the White Sox and will be … [+] an important piece to help guide Chicago back into contention in the A.L. Central. (Photo by Scott Taetsch/Getty Images)

It’s still three months until Opening Day for the White Sox, but fans are getting excited and hoping for the dreadful football (Bears), hockey (Blackhawks), and basketball (Bulls) seasons to end in Chicago and bring on a season of promise for the White Sox.

There has been so much talk about our beloved Sox being a contending team by 2020 and now with that season of promise upon us, we see the changing roster that has fans enthusiastic about the baseball year.

The recent offseason moves that added catcher Yasmani Grandal, pitchers Dallas Keuchel and Gio Gonzalez, and sluggers Edwin Encarnacion and Nomar Mazara, the White Sox are on the right track to be a division contender and playoff participant.

Grandal, 31, signed a four-year, $73 million contract to give the White Sox an outstanding catching tandem with James McCann, who was an All-Star performer last season and a big help in the turnaround of starting pitcher Lucas Giolito.

Grandal is an elite pitch framer who possesses quality defensive skills and he’s a switch-hitting backstop who has belted 22 or more homers in each of the last four years. In 2019, he had a

In simple terms, Grandal has produced big offensive numbers and the Sox are hoping he continues to be a key figure behind the plate.

Over the last six years, the crafty left-hander has a 75-43 won-lost record with a 3.33 ERA and has averaged 177 innings of work, including three seasons with 200-plus innings completed.

“We added a reliable veteran,” said White Sox general manager Rick Hahn. “Keuchel will provide leadership to our rotation and when you look at what he’s done over his career, you come to the conclusion he is a quality piece to our club.”

Teamed with starters Lucas Giolito, Gio Gonzalez, Reynaldo Lopez,  and Dylan Cease among others, Keuchel helps give the White Sox a boost in the pitching department.

Gonzalez, 34, may be long in the tooth, but if he can reacquire the consistency he provided in recent years he will add depth. . . and signing a one-year deal at $4 million, could be a big bargain.

Encarnacion, who hit 34 homers for the Mariners and Yankees combined last season brings big-time power to the southside along with a veteran clubhouse presence.

Mazara, 24, is a big, strong left-handed hitter with plenty of potential to expand. He has averaged 20 homers and 77 RBIs in each of his first four campaigns and has hit some moonshot homers — with the Rangers, he hit the longest home run in 2019, measured by Statcast, when he connected for a 505-foot shot on June 21 off White Sox starter Reynaldo Lopez and he tied for fourth with a 482-foot blast on March 28 off Mike Montgomery of the Cubs.

At 6-4, 215-pounds, Mazara is still growing into his power and potential which could benefit the White Sox as he enters his fifth big league season.

These additions are good moves along with the resigning of top hitter Jose Abreu to go with a core of young stars Tim Anderson, Yoan Moncada, Lucas Giolito, and Eloy Jimenez.

Defensively, the Sox are vulnerable with many positions filled by players who haven’t established themselves defensively.

The White Sox go into the 2020 season with what general manager Rick Hahn terms as “a real good ball club,” yet it’s difficult at this point to envision them as a serious threat to capture a pennant.

They will improve on their 89-loss  season last year because of the maturing process of their young players and the additions made in the offseason.

But, the club has too many question marks to rate as a bonafide contender before the division and pennant races start.

If their additions fill the bill, and Anderson, Moncada, Giolito, and Jimenez continue to get better, then, perhaps, it might be wise to re-evaluate the Sox  chances because the club has added pitching depth, have a strong closer and appear to have good offensive balance.

That the Sox will be better than a break-even ball club is the safest prediction anyone can make about them at the moment. If the pitching staff is as good as fans are hoping, the big bats come through, and the defense is steady and consistent, there may be a little excitement around Guaranteed Rate Field.

Apple Boosts IPad Air Performance By 40%…And Other...