Home Finance On Gazing Into The Abyss
Finance 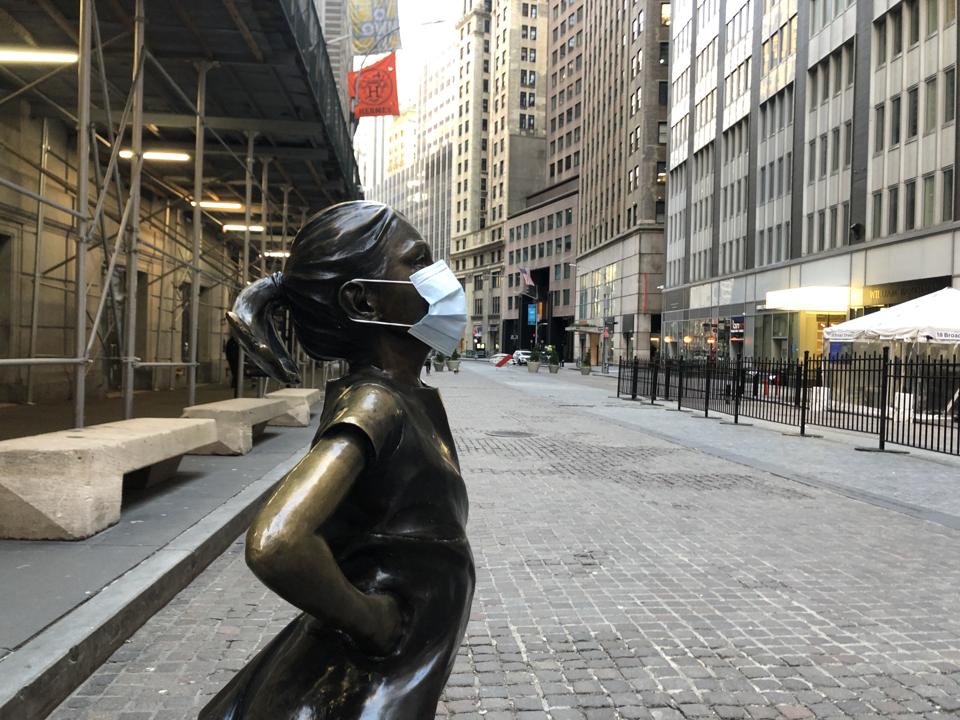 The fact that we are still in a Bear market should not be a wonder. The data discussed below are shocking. And, we haven’t yet seen the worst. In the past two weeks, the analysts have lowered 2020 S&P 500 earnings by -17%, and they are now -30% lower than at the beginning of the year. We are operating with little visibility as to when and how the economic shut-downs will end, so, we really don’t know (or even have models for) the economy’s path going forward. But, we have a sense from the incoming data as to the severity of the contraction. And, from other economic shocks, we can glean or make some educated guesses as to what life on the other side might look like. One thing that appears certain: The recovery won’t be V-shaped, despite all of the fiscal stimulus and money printing.

Retail Sales: These fell -8.7% in March, the largest single monthly fall since records have been kept (1992). Remember, the first half of March was near normal, so April’s retail sales may be off as much as 25%. Clothing sales fell a mind-numbing -50.5% in March. Car sales were off -25.6% (and down -52% in Europe).  All of these categories will display further fall-offs from these low levels. Gasoline sales were down -17.2% in March. They will fall further in April for two reasons: 1) a full-month (instead of a half-month) of shut-down, and 2) oil prices have reached all-time lows (less than $1/bbl. WTI as of Monday, April 20).  This will soon translate into pump prices. The -9.7 million bbl. per day OPEC production reduction, beginning in May, which was supposed to stabilize oil’s price, isn’t even close to the 25-35 million bbl. per day worldwide demand destruction from the virus.

Industrial Production (IP): IP fell -5.4% in March, the sharpest decline since 1946 (end of WWII). We know for sure that IP will fall much lower in April. March’s manufacturing portion fell -6.3% with auto production leading the way at -28.0%. The shutdown, however, is having a much larger impact on the services sector, as that is where the “non-essential” services reside (leisure/hospitality, restaurants, salons, small retail shops…).

Liquidity: To show the depth of the squeeze on business liquidity (i.e., businesses need cash to remain open when revenues dry up), in the eight weeks ended in mid-April, i.e., since mid-February, companies drew down $500 billion from their unused credit lines at banks, a record amount by far. This was in keeping with the panic in the bond and equity markets in mid-March; i.e., get cash anywhere you can find it, especially at your bank, as they may try to pull the line (as they have done in the past). The question for the banks is, “how much of this will get repaid?” Perhaps this is a good reason that bank stock prices are down >-40%!

Capex: In February (pre-virus), core capex shipments stood at the lowest level since August ’14. The level of capex orders was actually lower than it was in April ’08 during the Great Recession. When the economy re-opens, rebuilding of cash and the payback of borrowings will be the first order of business, with capex somewhere low on the priority list. We were already in a capex recession. This will only exacerbate it; another reason why the recovery isn’t going to be V-shaped.

Housing: The March actuals were awful with Building Permits falling -6.8%, and starts off -22%. Given the April sentiment indicators (Homebuilder Sentiment fell to 30 from 72 in March, and buyer traffic was 13 vs 56), we have to expect a disaster for permits and starts when April’s data is released.

World Growth 2020: The IMF just released its quarterly World Economic Outlook. It forecasts world real GDP growth of -3% for all of 2020 (despite +3% growth for the first quarter). In January, this forecast was for +3%, so quite the reversal. The implications for worldwide corporate profits are dire: $900 billion lower, and the lost economic output will amount to $9 trillion, greater than the combined economies of Germany and Japan.

Think about 9/11 and the way travel changed (TSA, Dept. of Homeland Security, Patriot Act, etc.). In fact, it took the airline industry 8 years to fully recover. Changes after COVID-19 will be much more significant. At first, the businesses that survive will re-open, but it is unlikely that consumers will return to their pre-virus behaviors immediately, if ever. There will be fewer tables at restaurants, and spacing required at bars (perhaps these establishments will now have to charge a table or cover charge to be viable). Where there are events, there will likely be a limit on crowd size or required spacing. Will conferences or theaters be open to the public, or will they all be done in ZOOM? And, what about stadiums and sports events or even airports?

The re-opening of the economy isn’t going to mean the end of the recession; it will just mean that the rate of decline will slow or, perhaps, stop. But, we will still be at the bottom. Expect productivity to take a big hit. Think of all the things that companies will have to do to protect their employees and customers. Here is a partial list: virus tests for employees; temperature checks; separation of employees and availability of protective equipment and disinfectants; cleanliness of workspaces. Factories will have to slow production processes to clean and disinfect… This all means that production costs will rise. With consumers reluctant to shop and play as in the past, demand isn’t likely to fully return for several quarters if not years. (Will queues become the order of the day for Walmart, Costco…? ) Thus, we will have a deflationary environment in which costs are rising but there is no pricing power. The result will be a struggle to regain former profitability levels. With the need to rebuild cash, the financial engineering we saw in the last decade (especially borrowing and stock buybacks which were major buoying forces) will disappear. And with profits harder to achieve (aggregate profits, by the way, haven’t really grown for 5 years), unless Wall Street comes up with a new narrative, it is really hard to see equities at new peaks anytime soon.

Bonds are a different story. You never hear business TV discuss the “total return” on bonds the way they do on the stock indexes (i.e., the total return of the S&P 500 is x%). What you get for bonds is the “yield.” And since they look low (i.e., 1% or less) compared to history (or what Wall Street calls “normal”), most people shy away from them. But what Wall Street does to bonds is equivalent of only discussing the dividend yield of the S&P 500 (i.e., +2.3%).

The fact is, when interest rates are falling, bonds can have significant returns. So, while the S&P 500 has been stagnant since January 2018, an investment in the 30-year T-Bond would have netted high double digits over the same period. In fact, an investment in that instrument in November ‘19 would have produced a +26% total return. Since the Fed has told us that they will insure liquidity and orderly debt markets (with new incursions on their part into corporates (even some high yield) and municipal bond markets), and economic conditions are such that interest rates will continue to fall toward the zero bound (even negative), there appears to be a more compelling argument that the bond market currently offers a better return opportunity than does the equity market.

iShares BrandVoice: Invest With A Purpose: Own The...

How Much Should Older Workers And Retirees Invest...

5 Ways To Advance Digital Trade In The...