Breaking
What You And Your RTO Business Need To...
4 SEO Trends for Websites You Should Not...
3 Reasons Why Desk Booking Is Rising In...
8 Tips to Play & Win at Online...
How can software benefit facility management?
Do Professional Casino Players Pay Taxes for the...
Becoming a Trading Expert: What Is the Best...
Dos and Don’ts for B2B Organisations in 2022
Should your business be using Machine Vision?
Colour Masterbatch vs Raw Pigments – Which Is...
Keeping your business moving as you expand online
Top Four Celebrities Who’ve Invested In Cryptocurrency
Why is Cloud Computing Tipped to be the...
How to Raise Money for Non-profit Organizations in...
Choosing the right theme for your WordPress Business...
A Guide to Using Celebrities to Promote Your...
Home Social Media Once Again We’re Reminded Social Media Is Forever
Social MediaTechnology 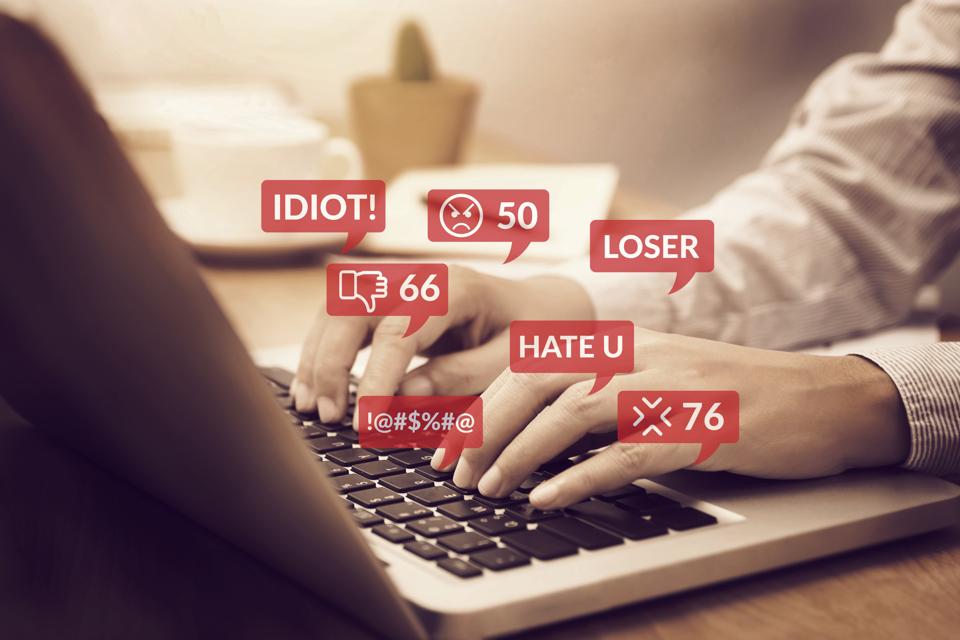 We’ve reached a point where what someone may have posted on social media could outweigh their … [+] actions.

This past weekend on Twitter former professional football player Colin Kaepernick denounced the Fourth of July, but FoxNews.com and other outlets quickly noted that years earlier he took to social media and wished everyone a “Happy 4th.”

Now in fairness to Mr. Kaepernick, people’s opinions change and this can certainly include feelings about historic events and holidays. And this is far from the first time that someone’s old posts or comments have come up to haunt them. Old tweets cost comedian Kevin Hart a chance to host the Oscar ceremonies back in 2018 while last month Temple University announced that it would review several “offensive social-media posts” by current and incoming students.

“Social media lasts forever, and your old tweets will come back to haunt you if they haven’t already,” explained Shannon Tucker, vice president of media relations at SSPR.

Too Casual Of Conversation

One problem is that people tend to over share on social media, and because they are talking to friends – even people they might only know through a social media platform – is that they might post something that they’d think twice about saying.

“Social media often feels like an informal or private conversation but it’s just the opposite,” warned Greg Sterling, vice president of marketing insights at Uberall.

“Past cringe-worthy or offensive posts are a problem for all public figures, as well as for ordinary people who made controversial remarks online in the past,” Sterling noted. “These kinds of ‘the Internet never forgets’ issues have been around for a long time. But the level of public and employer sensitivity has recently ratcheted up.”

One of the concerns is that society’s views are also changing. As statues of the Founding Fathers come down and there are increased cries to remove anything to do with individuals who had views that are in conflict with today’s acceptance for the new social norms, past words can haunt almost anyone.

“After George Floyd’s death, our society became less tolerant of these mistakes, and I’m here for it,” added Tucker.

“We must hold people accountable,” she explained. “There are exceptions, of course. Some social media mistakes are unforgivable – Roseanne Barr – but in the case of Colin Kaepernick, I personally don’t believe he should be called out. Is he not allowed to learn and grow and be better from year to year? This doesn’t fall into the category of ‘unforgiveable’ by any means.”

While Kaepaernick’s posts may be forgivable, it does seem that we’ve reached a point where what someone may have posted on social media could outweigh their actions.

It isn’t just celebrities that can face serious consequences years after posting something they probably wish they hadn’t shared. In the past month there have been calls to investigate and even fire police officers for comments made on social media dating back years.

Unlike actual crimes, it could be argued that social media has no statute of limitations and as noted, social media can be forever. Then there is the question of whether comments made by a minor should impact someone’s life when they are an adult.

Such is the case of 24-year old police officer Bryce La Luzerne of Grand Chute, Wisconsin – for tweets that date back as far as 2012. His police department is now investigating whether he made racist, homophobic and/or violent social media posts going back eight years. At the time he was between the ages of 16 and 18, and wasn’t hired by the department until he was 22.

While it is very likely La Luzerne could lose his job, and have his life impacted for years, it should serve as a warning call to anyone to be extremely careful about what they post. Society is unlikely to forgive past comments, posts, tweets or other things shared on various platforms.

Perhaps this is why some are increasingly being far less social and almost anti-social when it comes to Facebook, Twitter and other platforms.

The question is what can or even should be done if one now regrets the things that were shared on social media.

“I’m not sure much can be done, other than deleting potentially damaging content, making feeds private – if possible – and being careful about what you say in the future,” said Sterling.

And for those who are called out, the best course of action might be to own and hope for forgiveness.

“A general rule when making a mistake on social media is to acknowledge it, authentically apologize, and show how you plan to take action and change,” suggested Tucker.