Breaking
Behind The Curtain—Chapter 11 From The Inside—Chapter 10—The...
Three Classic Ways To Get New Business
With Hope, Perseverance And Faith, Two Friends Are...
Exxon Mobil Shares Cross 10% Yield Mark
T-Mobile for Business BrandVoice: From Sci-Fi To Everyday...
How To Move Your Career Forward By Making...
A Conversation With Jill Houghton, President And CEO...
VW’s Electric ID.4 Lands In Q1 2021 With...
Would Biden Enact Broad Student Loan Forgiveness? These...
Why You Must Slay Your Mindset And Stop...
Surviving The Pandemic With Your Culture Intact: How...
The Disruption Of The Consulting Industry Is Here
Remote 101: How To Create Meaningful Connections For...
How To Reassess Your Finances To Align Your...
7 Things Every Entrepreneur Should Automate
Volkswagen’s Truck Unit Ties Up With TuSimple On...
Home Technology One Cute Little iOS Trick Has Transformed How I Use My iPhone
Technology 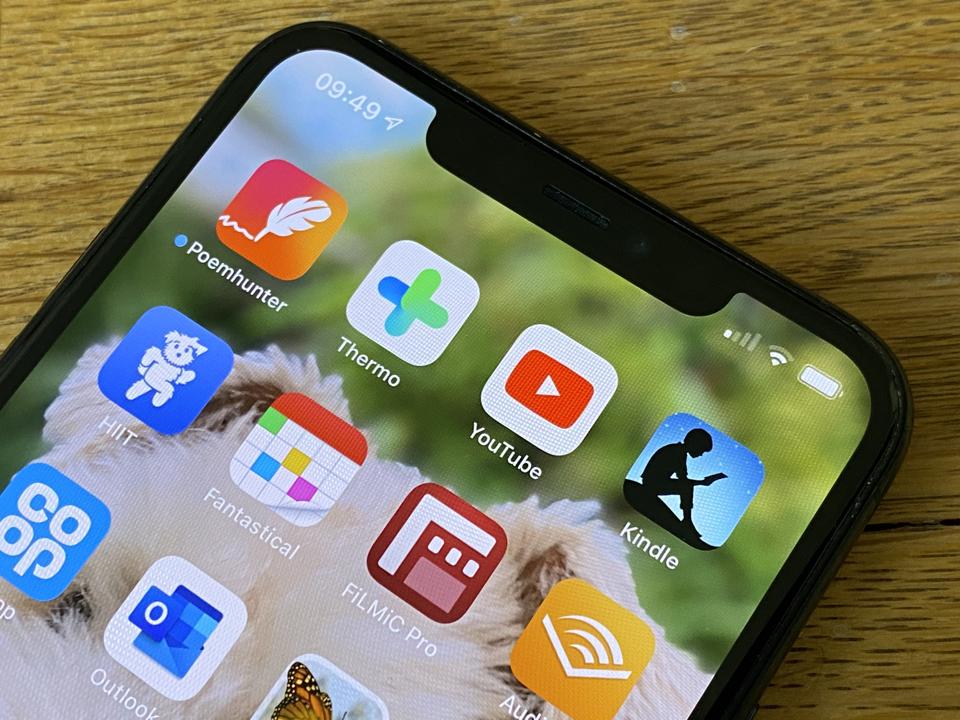 How do you interact with the apps on your iPhone?

April 27 update below. This post was originally published on April 25.

The iPhone, whichever one it is, you use, has a consistent operating system, iOS. It turns out that one fundamental feature, something that’s been there since 2007, is much easier to use than most of us have been doing.

It’s all to do with the app icons and a cool way of moving them around. There are two clever tricks to make handling them way easier.

April 27 Update: Since this post appeared, a number of readers have been in touch to share some of their favorite iOS tips. Some are new, some classic, but all meant something special. So, at the bottom of this post I’ve included the three best. Feel free to let me know any other favorites of yours, via Twitter: @davidphelan2009.

How many apps do you have? Chances are, whether that number is small or large, at some point you’ll want to do some spring cleaning (and when better than now, as it is Spring, after all?). Put Netflix and Amazon Prime in a folder with Apple TV, perhaps. Or just put all the pink apps on one screen, blue on the next and so on. Be warned, that last suggestion looks magnificent but you can’t find anything, ever.

So, when you come to do that tidying up, perhaps you’ve done what I’ve always done: long-press the screen until the icons begin their little dance, press the one you want to move and drag it to the edge of the screen to scroll across the home screen pages until you reach the page you want.

You’ll know that this is a process lined with pitfalls. The phone won’t switch you to the next screen fast enough and then breezes past several more before you’re ready.

Worse, you happen to inadvertently linger too long above another icon and the iPhone decides you want to create a folder to contain just Mario Run and HSBC Banking. I mean, really? If you do, it’ll create a folder called Games, which hardly works for both, does it?

MORE FROM FORBESiPhone SE 2020: Why You Can’t Use The iPhone 7 Battery Case & 3 More Things Nobody Told YouBy David Phelan

And if you have a bunch of games or other apps you want to move around, the chances are you’ll fall into one of these traps more certainly than Mario tumbling into a Bowser fireball.

The answer has been around for a while (Mashable’s Stan Schroeder came across it in October 2019, which is only 17 months before I did) and it’s one of those things that you can’t believe you’ve managed without before now. 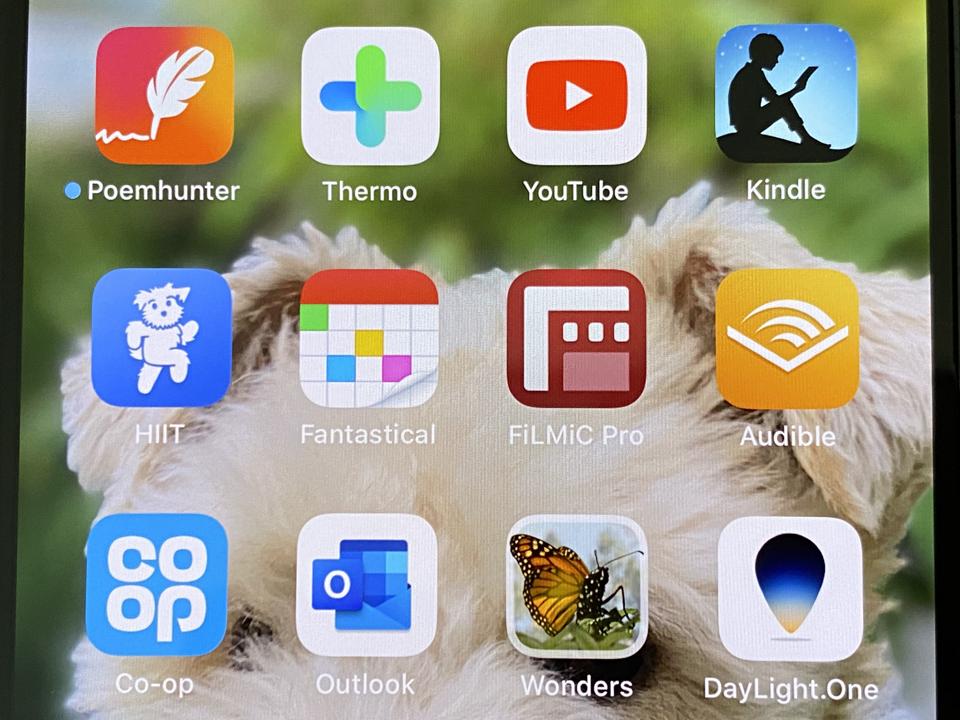 Rearrange your apps to your heart’s content without the pitfalls of the previous method.

Here’s what you do.

Long-press as usual until the jiggling begins. Now touch and hold the app you want to move with one finger and then use another finger to swipe through the screens.

That’s it. Sounds like not much, until you try it.

No more hanging around on the corner of one screen like a loitering delinquent, and the whole things moves more smoothly and effectively. If you’ve had that thing where the last app on a full screen moves to the next screen to make room for your new app, when all you want to do is put it in a folder, that situation is much easier to avoid with this technique.

Those perfectly arranged screens remain intact while you glide past on your way to your proper destination.

Although it went viral some time ago, the technique has slightly disappeared from view recently.

If you’re moving more than one app, like collecting all your Arcade games and plonking them in one place, for instance, well, Apple has another trick up its sleeve, though this is better-known.

Once the apps are jiving, press on one and keep your finger in place. Then tap more apps and watch as they satisfyingly fly to join the first. Once they’re collected, they’ll move together in a herd, or whatever the collective noun for apps is. 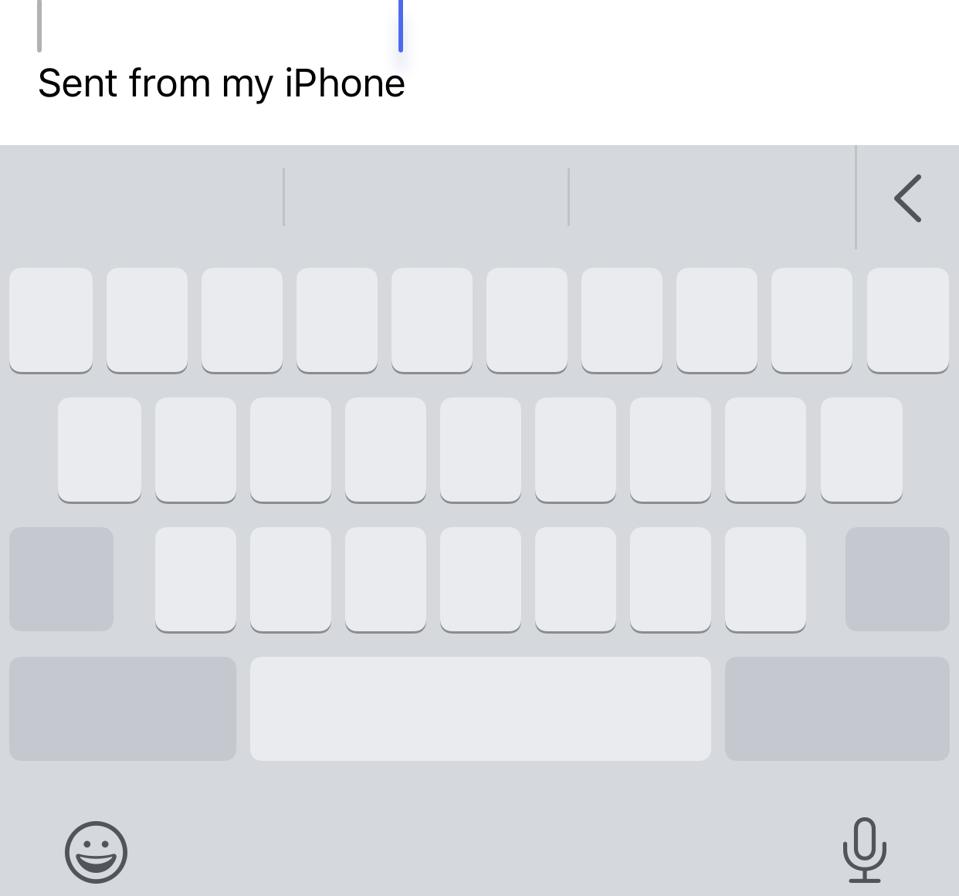 This is one of those tips that you stumble across accidentally but then use a lot. It works differently according to the iPhone you have. On all the iPhones currently on sale, that is, iPhone XR, iPhone 11, iPhone 11 Pro, iPhone 11 Pro Max and the brand-new iPhone SE, it makes use of a system called Haptic Touch.

When you’re typing a text or email, you suddenly spot an error. You tap the word you want to change but the cursor is designed to fall at the end of the word you tapped and that may be just a letter or two too far to the right of where you want it to be to make your correction. You have two options to sort this.

First method: by pressing and holding the space bar, you’ll feel a response under your finger as all the keys on the keyboard vanish and the cursor flashes. Now, drag your finger around the keyboard and watch as the cursor moves daintily around so you can place it exactly where you want. Neat.

Or, if you something more direct: press and hold your finger on top of the cursor. There’s no haptic response this time but it will then grow bigger under your finger and allow you to drag it around the text field. It even dances just above your finger, so you can see it more easily, like a magician levitating a magic wand, perhaps.

On some earlier phones, a system called 3D Touch was in place. Here, you press firmly anywhere on the iPhone keyboard and you’ll feel a touch response as the keys white out and you can drag the cursor to the right place. This is seriously useful.

Trick 4: Speak your mind (and punctuation)

The dictation capabilities on the iPhone are amazing, even if names often fox it. But I now regularly dictate my texts, WhatsApps and emails. Works best in a quiet environment.

As you’ll know, you invoke dictation by tapping the microphone icon at the bottom right of the keyboard, or alongside the space bar in earlier iPhones.

For a more professional effect, you can speak your punctuation as well. So, you might say something like this – I’ve put the words which will appear as punctuation in italics:

If you’re using U.K. English, you can also say full stop instead of period. There are other tricks, too, like saying cap and the next word will be in capital letters. Though do try not to look too shouty, won’t you?

Trick 5: Undo with a tap

This was surprisingly popular. When Apple announced a new way to undo an erroneous email deletion, for instance, the company made quite a big thing about it, but it seemed to slip under the radar.

Previously, if you’d deleted an email by swiping left on the summary in the email list, you’d have to shake the phone up and down. Easy on an iPhone, tougher on an iPad Pro 12.9in. That mechanic still works, but there’s a better way.

The same gesture also works to remove or restore text in an email, for instance.

If you think you’re going to get confused, just tap and hold with three fingers and an edit bar appears so you can Undo, Cut, Copy, Paste or Redo.

Do try these techniques. I hope you like them as much as I do.

5 Things Public Service Borrowers Should Know About The CARES Act