Breaking
How to Utilize Questions in PPC Ads to...
How To Innovate The Influencers Space Using The...
6 Keys To Leadership Growth
Mayo Clinic And Kaiser Permanente Invest $100 Million...
MozCon Virtual 2021 Interview Series: Wil Reynolds
Commodity Spikes May Be Close To Peaking, Futures...
Benefits of Responsive Web Design
ESBC Major Updates: Tons Of Heavyweight Greats Added...
5 On-Demand Courses To Help Develop Your Leadership...
How to Run Nonprofit Marketing Ads
Entrepreneurs Are Bringing Transparency To Home Buying And...
Best Incentive To Get Vaccinated: Money, Messaging, Or...
Page Level Query Analysis at Scale with Google...
How A CIO Can Align IT With Business...
Blogger of the Month: Jo, Girl Eats World
6 Things Women In Business Know That Men...
Home Technology One In Four Tech ‘Addicts’ Failing To Curb Device Use
Technology

One In Four Tech ‘Addicts’ Failing To Curb Device Use 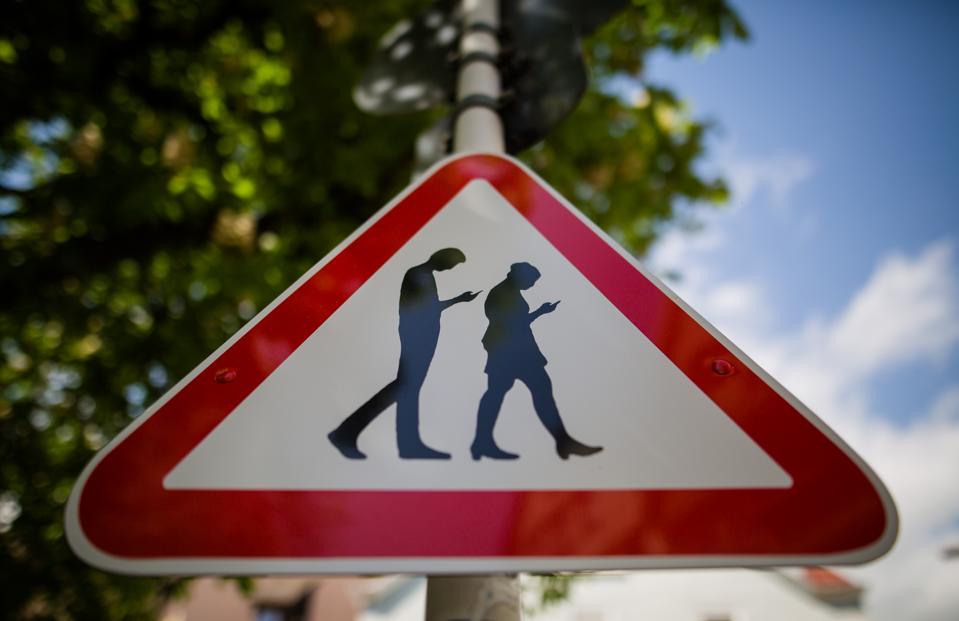 New research has found that tech addiction and dependency can have adverse effects on people’s … [+] relationships, work and health. (Photo by Christoph Schmidt/picture alliance via Getty Images)

We all know that tech is addictive. The thing is, what we don’t have a strong handle on is just how addictive modern digital technology can be, and on how easy or difficult it is to fight tech addiction and to limit overuse.

Well, according to a newly published study from WhoIsHostingThis.com, curbing tech overuse is extraordinarily difficult for a significant percentage of people who are either addicted to or dependent on digital devices. Based on a representative survey of 1,230 Americans, researchers at the web-hosting company found that almost a quarter of respondents had failed in attempts to limit their tech use.

Perhaps unsurprisingly, members of Generation Z (born since 1997) have struggled the most to cut down on their daily use (at 27%), while Baby Boomers (born between 1946 and 1964) are much more successful in stepping back from digital devices, with only 13% failing to reduce their dependencies. This difference is to be expected, given that Generation Z has effectively been raised on connected technology (the oldest members of this generation would have been ten when the first iPhone was released). It has become the very fabric of their lives, so taking it out of their daily routines is likely to be experienced as a loss.

In fact, the study also revealed that a majority of Generation Zers, Millennials and Generation Xers experienced withdrawal symptoms (i.e. negative feelings) of one form or another when limiting their digital tech use. This includes restlessness, depression and moodiness, with Generation Z once again leading the charge at 58% of members experiencing such conditions.

But withdrawal symptoms aren’t the only problems that tech addiction or dependence can cause. About 60% of people believe that their use of smartphones and similar tech gets in the way of them nurturing relationships with their friends, partners and family members. At the same time, those who report the most screen hours per day also report feeling the most isolated from other people, with 52% of individuals who spend seven hours or more on their devices reporting such feelings.

WhoIsHostingThis’ survey revealed other important indicators of just how much tech addiction and dependence can impact our lives, with 7% of people even reporting that they’d lost their jobs because of technology overuse. And while particular findings vary slightly from case to case, other studies support its contention that it can often be very hard for people to reduce their reliance on smartphones and other related devices.

For example, a 2018 study by the Pew Research Center found that 47% of teens who admit to using their smartphones too much have never been able to limit their mobile use. Or as Pew’s researchers put it themselves, “there is little association between teens’ views of how much time they spend on various screens and whether or not they have tried to limit their time on those devices.”

This is troubling, but so too are the other findings of Pew’s study. As with the WhoIsHostingThis.com survey, it discovered that teens check their phones for messages or notifications as soon as they wake up, with 72% doing this “sometimes” and 44% doing it “often.” Not only that, but Pew also found that teens experience a range of negative emotions when they don’t have access to their smartphones, such as anxiety and loneliness (although it’s encouraging to note that 17% of American teens feel relieved and happy when separated from their mobiles).

The above aren’t the only studies illuminating the insidiousness and stubbornness of tech addiction, with a recent review by researchers at King’s College London concluding that an average of 23% (from country to country) of children and young people use their smartphones in a “dysfunctional” way and show signs of problematic smartphone usage (PSU). Even if the proportion were only 1%, it would still be too high, but one thing that needs to be prised apart is whether PSU is the symptom or cause of a deep-rooted problem (or both).

For instance, the King’s College London team uncovered a “consistent association” between PSU and indicators of mental health issues, such as depression, anxiety, stress, poor sleep, and low educational attainment. Given the immature nature of research in this area, it’s hard to say which of PSU and poor mental health comes first, although some research suggests that treating anxiety and depression can reduce tech use.

Either way, it’s clear that excessive and dysfunctional tech use doesn’t help people suffering from an underlying issue, and may in many cases make such people (and others) worse. Not only does it ‘not help’ people suffering from underlying mental health issues and life problems, but as with the alcohol, gambling and drugs industries, it could be argued that addictive tech and addictive apps are immorally exploiting vulnerable people. That’s why it’s incumbent on tech companies to constantly consider how they could make their devices, websites and platforms less potentially harmful for people, since technology is only as addictive as its makers want it to be.

Why Business Owners Should Think About Estate Planning Sooner Than Later