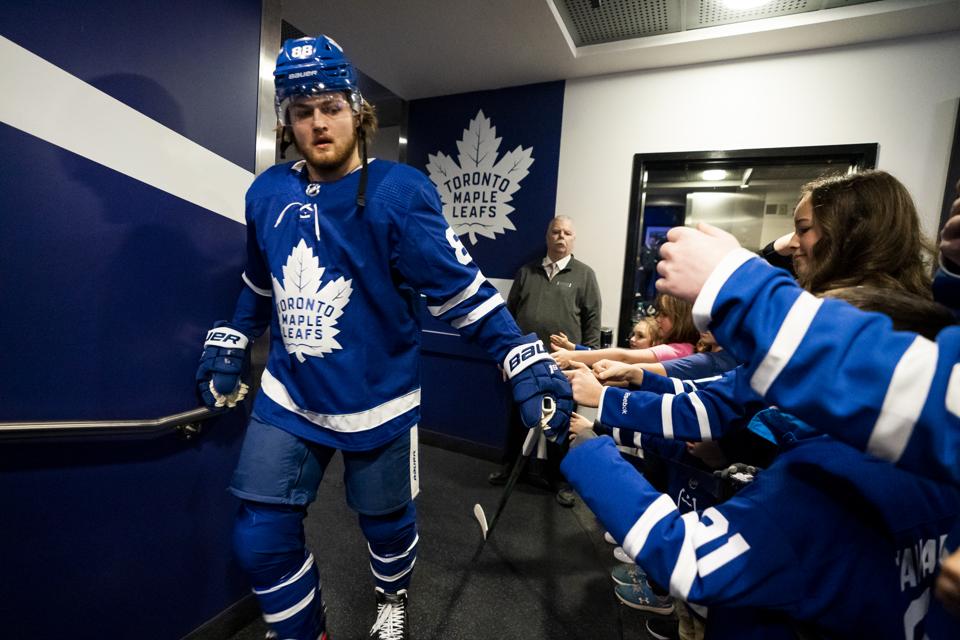 William Nylander of the Toronto Maple Leafs heads to the dressing room before facing the Carolina … [+] Hurricanes at the Scotiabank Arena on December 23, 2019 in Toronto, Ontario, Canada. (Photo by Mark Blinch/NHLI via Getty Images)

“This is what we paid for.”

That’s what Maple Leafs general manager Kyle Dubas said in December, in regard to William Nylander, when the young forward was just starting to heat up (he’s now officially ablaze, amid a five-game goal streak, a four-game multi-point streak and 15 points in his past eight games).

Dubas knew what he was doing, delivering his sound bite one year after Nylander signed a contract that has been hotly debated ever since — with the loudest voices using the word “overpaid” a lot.

It was too easy to be critical of Nylander’s six-year, $45 million contract when it was signed, given that he rode the Maple Leafs down to the final minutes of the Dec. 1 restricted free agent deadline and followed up with only 27 points in 54 games. 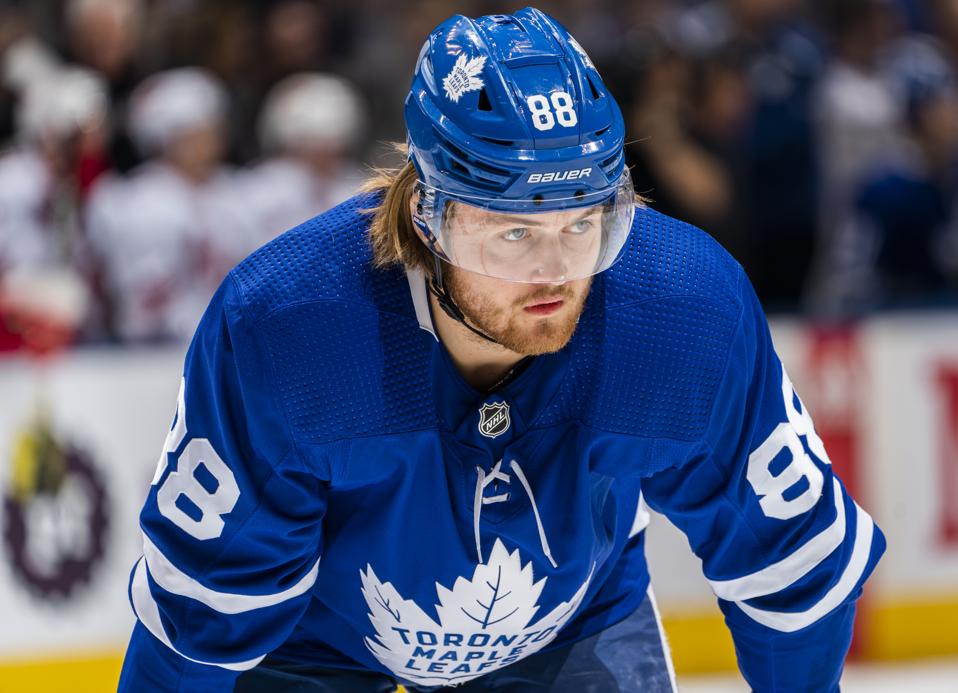 TORONTO, ON – DECEMBER 23: William Nylander #88 of the Toronto Maple Leafs looks on against the … [+] Carolina Hurricanes during the second period at the Scotiabank Arena on December 23, 2019 in Toronto, Ontario, Canada. (Photo by Mark Blinch/NHLI via Getty Images)

But now, one year later, the Maple Leafs are getting what they paid for: a smooth-skating, sure-handed forward who is still only 23 years old and is looking more and more like a bargain by the day.

Nylander’s aforementioned hot streak has suddenly made it too easy to laud the young winger. Without delving deep into the hyperbolic — and risk sounding foolish if he cools off soon — let’s just talk about the value he has brought to the Maple Leafs so far this year, shall we?

His under-the-surface stats pop just as much. Here’s where he ranks among his Maple Leafs peers in a handful of telling offensive categories (note: xGF = expected goals for; iHDCF = individual high-danger chances for).

And here’s a fun one, since everyone talks about his contract: examining Nylander’s cost per point, thanks to the fine folks at CapFriendly.

So instead, consider how Nylander’s value stacks up with the rest of Toronto’s top-six forwards: Zach Hyman, Auston Matthews, Mitch Marner, Alexander Kerfoot and John Tavares. In that group, Nylander ranks second.

(Note: Only Nylander and Matthews have played a full slate of games, so some of these numbers are skewed.)

Nylander has also taken major strides personally (if the above stats didn’t already paint that picture), with per-game career highs in goals, points and shots.

The timing of Nylander’s surge must be comforting to Maple Leafs fans, given his dismal output last year and the rash of injuries the team has suffered this year.

He is one of just six players to play all 42 of Toronto’s games — while Tavares, Marner, Hyman and Kerfoot have missed a combined 42 games.

Again, as Nylander struggled mightily in the shadow of his new contract last year (scoring just once in his first 23 games), it would’ve been difficult to think he’d be a rock for the Maple Leafs in 2019-20.

Here’s the thing, though: even for those who doubted that Nylander would live up to his current contract (and for the record, that is still TBD), very few people questioned his skill level. The gripe has often been more about effort than ability.

Right now, Nylander is showing both. And the early returns are very, very good.

“He just hasn’t had any lulls in his game,” Keefe said.

“That’s been the nicest thing to see is he’s just been on it every shift and it’s not just the offensive pieces, it’s winning puck battles and coming up with loose pucks all over the ice and keeping himself on offense and putting his linemates in good spots.”

Harry Styles Collects Another Top 10 Hit In The U.K. While Stormzy And Ed Sheeran Reach No. 1