Home Technology OnePlus 8 Pro: Everything We Know So Far
Technology

During 2019, OnePlus made the successful jump to the mainstream with the OnePlus 7 family of devices. In 2020 it needs to build on that success and increase the momentum. And the handset leading that charge will be the OnePlus 8 Pro.

What can we expect from OnePlus’ next Pro handset? 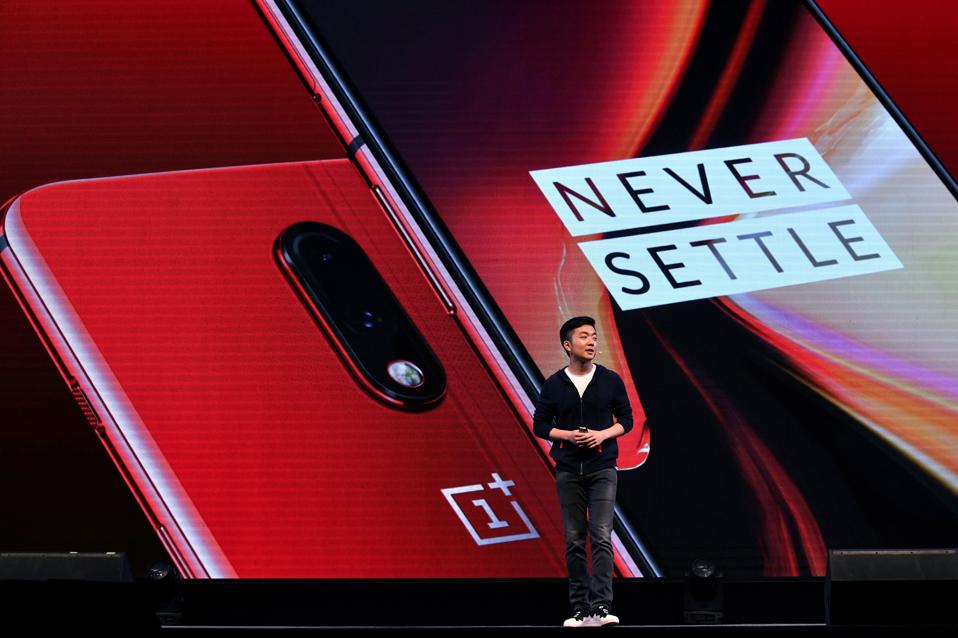 The headlines numbers and chips should be familiar to anyone following the trends for 2020. The OnePlus 8 Pro will ship with Qualcomm’s SnapDragon 865, and the handset will come with 5G connectivity. A 4G only variant is not expected, everyone will have the power of faster communications if and when their network supports it (and it’s worth noting that the Qualcomm X55 5G modem is a global modem with support for the three 5G frequency bands).

Memory wise OnePlus has the option of 8 GB or 12 GB of RAM, and storage of 128 GB or 256 GB. Assuming that the manufacturer would want to keep things lean, I would assume that there will be two options; 8 GB RAM and 128 GB of storage, and 12 GB RAM and 256 GB of storage; but I would not be surprised if every OnePlus 8 Pro comes with 12 GB of RAM and the only variation is in the storage.

Battery wise the OnePlus 8 Pro is going to bump the battery size up to a 4500 mAh battery from the 4085 on the 7T Pro. The increased battery should help with the power demands of 5G connectivity. OnePlus will continue to use its own quick charge technology with the ‘Warp Charge’ system that places much of the fast charging circuitry in the adaptor rather than the handset.

Previously Warp Charge ran at 30W (hence ‘Warp Charge 30’) which allowed a charge to seventy percent in thirty minutes. The OnePlus 8 Pro is going to ship with a 50W charger, presumably ‘Warp Charge 50’.

While other manufacturers have moved forwards with wireless charging, OnePlus has preferred the faster wired charge over the slower inductive charging. I’ve no doubt that OnePlus has internal models using Qi charging to evaluate the technology, especially as charging rates increase, but has the rubicon been passed to allow the Shenzhen-based company to finally introduce the tech? My gut feel is ‘not yet’ but this is a finely balanced judgement call. 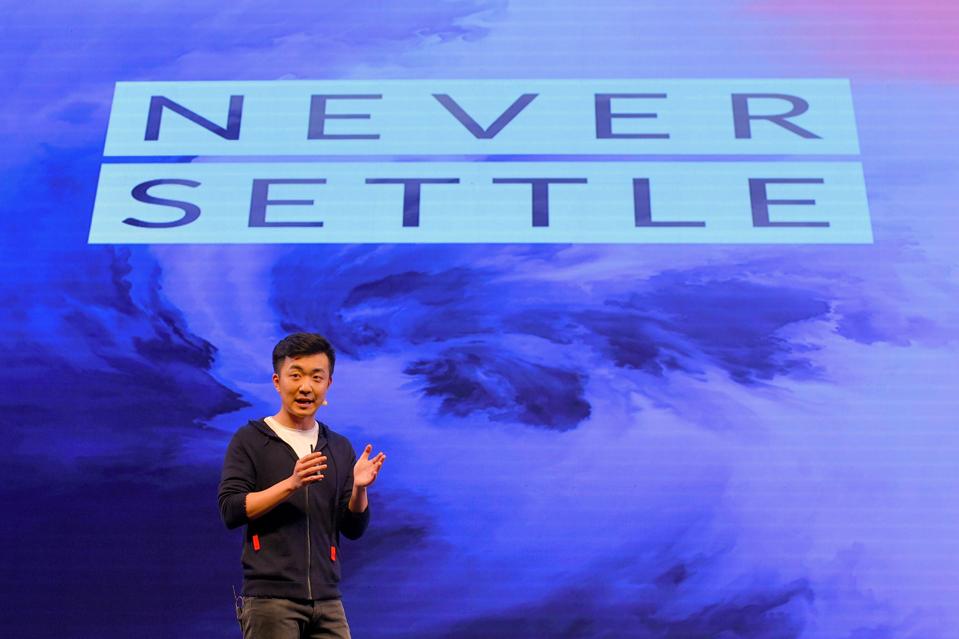 Co-founder and director of the Chinese smartphone maker OnePlus, Carl Pei gestures as he speaks on … [+] stage during the launch of their latest OnePlus 7 and the OnePlus 7 Pro during its launch in Bangalore on May 14, 2019. – The OnePlus 7 series was simultanesously launched globally from three different countries India, US, and Europe. (Photo by MANJUNATH KIRAN / AFP) (Photo credit should read MANJUNATH KIRAN/AFP via Getty Images)

Three main cameras are expected to be mounted vertically at the rear of the OnePlus 8 Pro, a 64-megapixel main camera, a 20 mega-pixel ultra-wide camera, and a 12 megapixel telephoto camera. These should be joined by a fourth ‘time of flight’ camera for better depth perception and 3D processing.

OnePlus brought a new macro mode to its cameras last year, allowing for shots to be taken as close as 1 inch to a subject using a mix of software and physical optics. Improved macro photography and low light shots from the Nightscape mode will no doubt be offered.

Both of the forward facing cameras should be under their own ‘punched out’ holes at the top left of the display. Last year saw the OnePlus 7 Pro and the OnePlus 7T Pro used a pop-up selfie camera to maximise the screen real estate. Early leaks of the design suggest that a more traditional design will return.

Given a second ‘time of flight’ camera is expected to be added to the front of the handset – which should improve the accuracy of the facial recognition system – the removal of the pop-up mechanism makes sense.

Staying with design, the signature ‘alert slider’ of the OnePlus design language is almost certainly going to remain – offering a three position switch for all alerts-vibrate-off under the thumb. The use of premium glass on the rear of the smartphone is expected to continue.

OnePlus does not certify its handsets with an IP rating, citing the price of doing so would be passed on to its customers. Nevertheless it has said the handsets are “water resistant to some degree” and illustrated

Last year saw OnePlus move to screens 90 Hz refresh rates to improve the fluidity of the UI and improve the gaming experience. The company has also said it is not moving back to 60 Hz screens, so the faster refresh rates are here to stay. Given the display technology seen in other flagships, OnePlus is likely to move the 8 Pro’s screen up to 120 Hz.

The screen itself is expected to be a 6.7 inch AMOLED panel with a resolution of 3140 x 1440 pixels. Both the 7 Pro and 7T Pro displays curved round at the edges, and there’s no reason to think the same will not be true of the OnePlus 8 Pro.

Also under the screen is the fingerprint reader. This debuted on the OnePlus 6T and has remained in the hardware since then, although it the accuracy and speed of reading have improved in each model. As well as fingerprint, OnePlus allows facial recognition to unlock the handset. Unlike Apple, this makes use of the selfie camera and image recognition, but the inclusion of the forward facing time of flight sensor will allow for a 3D model to be built up, improving the security. 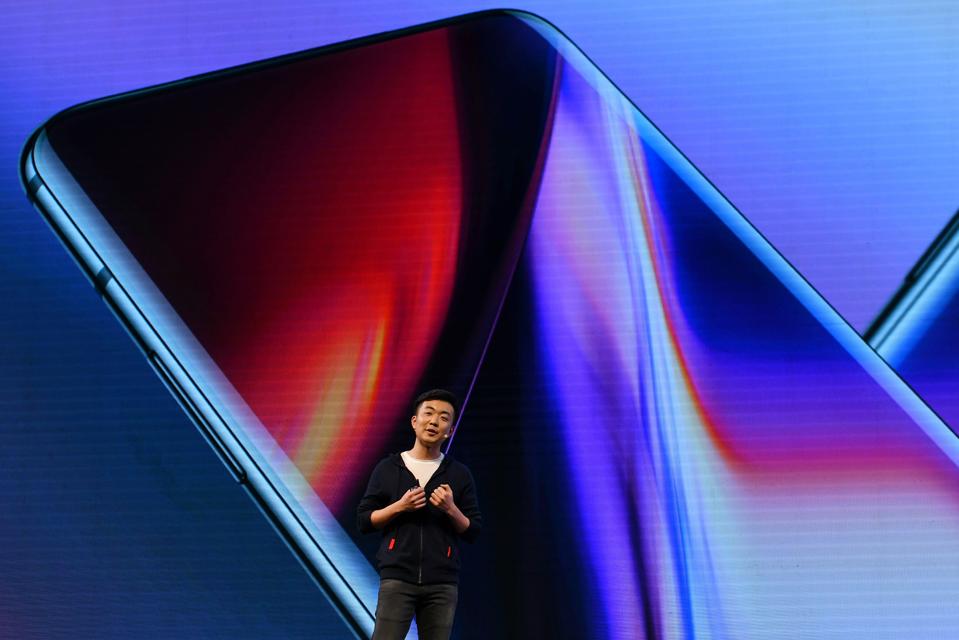 OnePlus uses stock Android (with the Google Mobile Services layer) and enhances it with its own OxygenOS. This is one of the most lightweight layers over Android of any manufacturer, and it places a focus on smooth performance, clean visuals, and a lack of fluff.

OnePlus state that phones will receive two years of updates to OxygenOS’ software, and a third year of security patches at a minimum.

The party trick inside OxygenOS that OnePlus has promoted since it was launched last year is Zen Mode. This locks down your phone for a set amount of time – you’ll have access to a limited set of functions (receiving calls and taking pictures), your notifications will be suppressed, and you will be essentially disconnected from the world.

It’s not for everyone, but it is a novel feature that helps the platform stand out against the competition. Expect all the talk of speed, from charging and communication to the interface and enjoyment, to be countered with updates to Zen Mode that allow you to slow your life down when you are ready.

Last year the OnePlus 7 Pro launched at $669, with 6 GB of RAM and 128 GB of storage, showing a slight increase in price over the previous year. Allowing for an annual bump in price, as well as the increased base specifications to the 8 GB RAM and 128 GB storage, a launch price of $699 should be expected.

Historically OnePlus has held a spring launch event in late April/early May. Sources suggest that OnePlus will favour the former, so an announcement in mid-April is likely.

OnePlus favours a six month product cycle rather than the twelve month cycle that other manufactures update their flagships. With both the ‘Pro’ models and the ‘Regular’ models now in circulation, it’s important to watch what part of the portfolio gets the most attention. While both were updated, last year’s spring release debuted the 7 Pro model while the new 7 model picked up some worthwhile but not starling updates. Come the autumn update and the 7T Pro saw a general polish but the 7T saw more advances.

That suggests the OnePlus 8 Pro is going to be a significant step up from last year’s handsets. Samsung has set the mark of what a flagship means in 2020… can OnePlus bring a flagship level phone into the space at a relatively affordable price for a top line handset?

This Is Why Flights Are Still Operating From Milan’s Airports