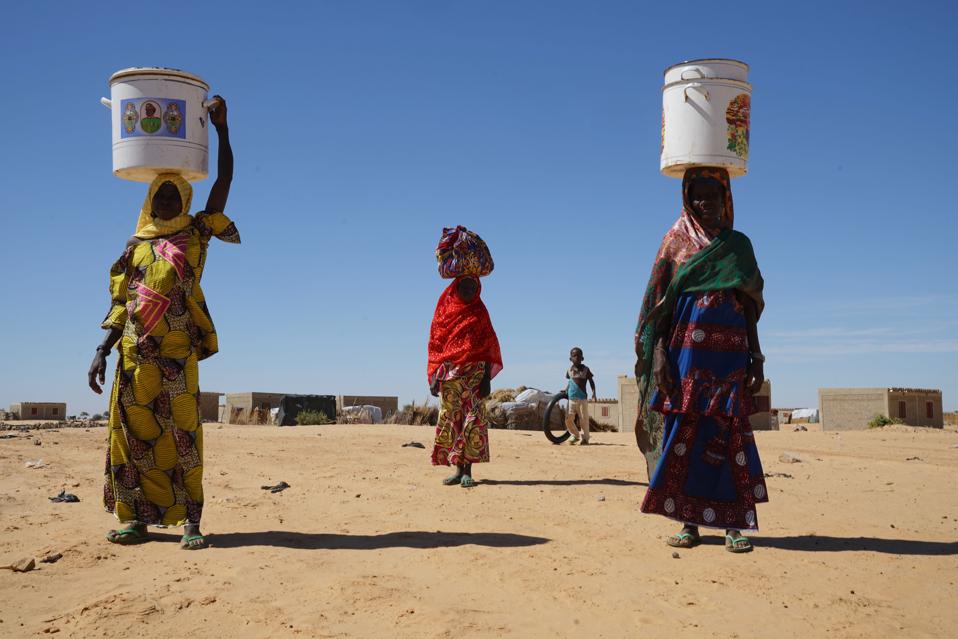 Over 1 billion women across the world are unbanked, which means that these individuals lack the autonomy to take control of their finances and make financial decisions. Women make up approximately 50 percent of all migrant workers globally. However, the persistent gender pay gap means that their wages are commonly lower than men’s, which is problematic when research suggests that female migrant workers typically send home a higher proportion of their earnings more frequently.

Migrant workers are driven by the need to sustain their family group and can exert individual and collective influence by leveraging remittances, both as recipients and senders. Further, regardless of the gender of the sender, remittances are usually directed to mothers, daughters or to women looking after the children of migrants.

According to the U.N., remittance sending behaviour of migrant women often involves a higher financial cost as they tend to send smaller amounts of their income more frequently and are subjected to paying more in transactions fees.

This is why online remittance providers have unquestionably driven down the cost of sending money abroad. While offline agents continue to add fees, fintech firms have provided customers with significantly lower cost options and these savings have a real-world impact on the lives of migrants and their families, which is particularly of benefit to women.

Elena Novokreshchenova, VP International at Remitly agrees and says: “Female migrants tend to send smaller amounts, but a larger proportion of their earnings. That means that they suffer disproportionately from high remittance fees. At the same time, women are also more likely than men to send money for family and domestic support. Therefore, every penny saved either goes back into the pocket of the female migrant, or – more likely – is used to feed, clothe and educate children and other family members back home.”

Alix Murphy, Vice President, Global Expansion at WorldRemit also highlights that mobile banking is helping to increase access to financial services, especially for women. “This technology means that funds held on a mobile phone account can be used to pay for goods, without the need for a bank account.”

The GSMA states that there are now a total of 690 million mobile money accounts that process $1 billion a day, and Murphy adds that WorldRemit processes nearly three-quarters of international remittances to a mobile money account, empowering female customers to choose what they spend their money on. Another study from MIT also revealed that women with access to mobile money were able to lift their households out of poverty and start their own businesses.

While remittances are allowing female migrants to send money to their families at the rate at which they wish and in a cost-efficient way in order to pay for their children’s education, healthcare bills and other day to day household payments, Novokreshchenova believes that deeper insights into how mobile money is used in recipients countries would be beneficial so that remittance services providers and start to offer tailored services.

Although improvements in the speed and reductions in the cost of remittances may seem small, the impact on households, and women, cannot be overstated. Money20/20 President Tracey Davies explores how “receiving money in a digital wallet instead of having to take physical cash at the end of an international transfer is a much more secure solution for women to accept and manage money.”

Picking up on Davies’ point on secure solutions, we must understand that technological advancements have resulted in an increased access to financial services and in turn, the rise of digital fluency.

Mehjabeen Poonawala, Head of India at Finastra, believes that this will be important in the work of closing the gender gap. “Governments, businesses, and the society must work together and increase the pace at which women become frequent users of technology to ensure access to the same information and services that men do.”

However, the problem of financial abuse persists and in some countries, this is often shaped by gender stereotypes of men and women having separate roles as breadwinners and homemakers respectively. Poonawala states that governments and activists are making progress in this space, but the fintech industry must commit to creating an open and equal environment for everyone, avoiding gender discrimination and prejudice.

“That includes empowering women to participate equally and meaningfully in economic decision-making at all levels whether in the household or in the workplace.” But what else is holding women back from becoming financially included and being given access to online remittance services? The ability to verify their identity to an extent to which financial institutions, and fintech companies, are satisfied. However, it must be mentioned that perhaps the traditional Know Your Customer (KYC) approach may not work efficiently in less mature markets.

Women may find it difficult to obtain identity paperwork: perhaps they live a distance away from governmental offices or they may even be prohibited from owning this form of verifiable documentation due to cultural reasons in some countries. Murphy provides some relevant examples.

“In Sub-Saharan Africa, nearly half of the population do not have a traditional governmental identity document. In South-East Asia, a third of the population are in a similar position – we also know that these figures skew more for women than men.”

She goes on to say that in order to resolve this issue, “fintechs must move away from standard KYC processes, to processes inclusive of women with lower access to proof of identification. Utilization of data from the customer’s mobile phone using e-KYC, for example, will help fintech companies overcome this issue and allow more women to use their services.”

Following this, microfinance trusts that Murphy defines as “where female leaders lend their proven identification to people whom they trust,” can also help verify women when they are making payments. Dora Ziambra, chief operating officer of Azimo takes this point further and says that digital identity can build a history of transactions and therefore, a credit history for people who have no formal access to banking.

“A digital product of remittances automatically creates a history of transactions that can prove the financial history of the individual. This is valuable information the service providers can then use to carry out customer due diligence (CDD) requirements for lines of credits that would otherwise be unavailable to a consumer that has no formal proof of identity to access traditional banking services.”

But what should fintech firms wishing to scale up and target more women in emerging markets be considering? As in every industry, Novokreshchenova advises ensuring that the employee base of the company reflects the people the organization is seeking to serve. “That could be women, migrants, people who live outside of large Western economies or any other community of people. And if you can’t hire to address that, make sure that you have great lines of communication with those groups.

“At Remitly our staff is 48% female, which happens to be the exact percentage of women in the global migrant population. We also have large staff centres in the Philippines, Nicaragua and Poland. These aren’t traditional tech hubs – but they do reflect the people that use our service.”

Murphy has a similar view and says that fintech companies must “speak directly to the women who want to send and receive money using your platform. With the sheer number of fintech and technological solutions that could be used to send money, companies can risk offering services that customers simply don’t want to use.”

She concludes: “Fintechs need to remember that in many countries, women’s access to pay methods is a significant barrier to entry for them when sending or receiving money globally. For example, women in Saudi Arabia cannot open a bank account without permission and are even more restricted in opening credit card facilities.

“A deep understanding of the culture and position of women within the market must influence the product offered within that market.”

Oil Futures In Record Contango Of Over $10...