Breaking
‘Remnant: From The Ashes’ Is Cheaper Than Ever...
Top Stocks To Buy Today As Markets Rise...
How To Sell Artisanal Ice Cream In The...
Making America’s Trumps Pay Their Fair Share
Fortnite Season 4, Week 9 Challenges Revealed And...
Yesterday You Were Just A Business; Today You...
Should Your Company Help Get Out The Vote?...
Hyperautomation And What It Means For Your Business
The Role Of The Indie Agency In Our...
Parker-Hannifin Crosses Pre-Covid Peak But Investors Set To...
6 Reasons Your Cold Messaging Efforts Fail And...
4 Analytics Categories To Track To Improve Your...
Predictions 2021: Cloud Computing Powers Pandemic Recovery
This Is Why You Need A Strategy In...
Economic Research Exposes Significant Flaws In DOL H-1B...
How Breast Cancer Turned This Entrepreneur Into A...
Home Business ‘Only Messi Is Better Than Messi’: How The Spanish Press Reacted To Barcelona Star’s Ballon d’Or
Business

‘Only Messi Is Better Than Messi’: How The Spanish Press Reacted To Barcelona Star’s Ballon d’Or 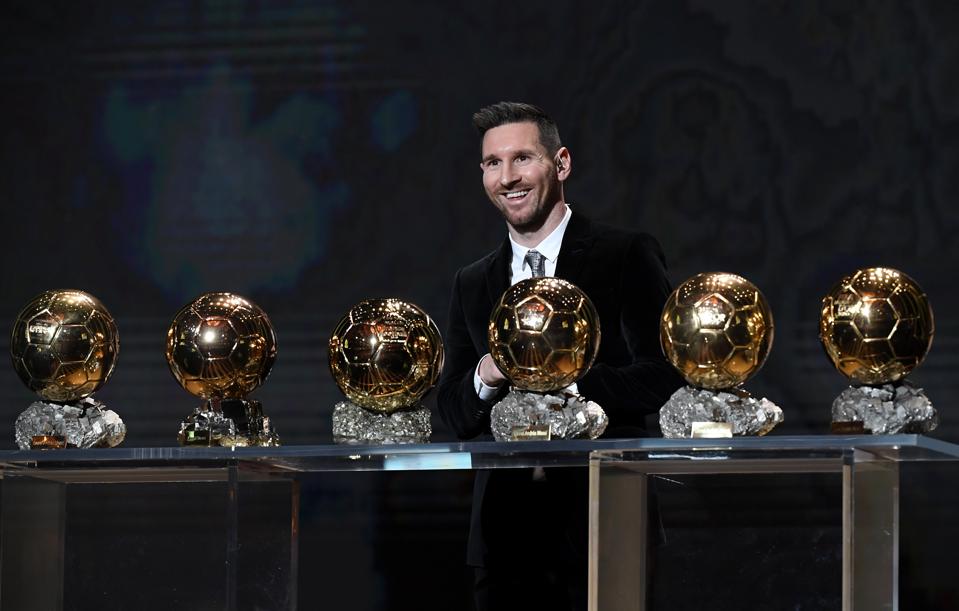 Just as he had done 24 hours previously, Lionel Messi dominated all four covers of the two main daily sports newspapers each in Barcelona and Madrid on Tuesday morning.

Yesterday, it had been for his Sunday night exploits in the Spanish capital, where during a tense La Liga clash between FC Barcelona and Atletico Madrid, the number 10 popped up with an 86th minute winner that fired his side back to the summit of La Liga via a gritty 0-1 victory.

‘A Golden Goal’ was the most common take, a nod to the fact that on the eve of the Ballon d’Or ceremony, the 32-year-old had netted one that may prove championship- deciding in the long-run come May.

As was widely-predicted, Messi was yet again crowned the world’s best player by France Football at a star-studded ceremony on Monday evening after staving off competition from the likes of Virgil van Dijk and Cristiano Ronaldo. And as a result, rather expectedly, he again dominated column inches and was lavished with praise by the press across a country he has called home for almost two decades now.

‘MESSIX’ was what Mundo Deportivo ran with this time and within it, director Santi Nolla got the ball, or golden ball if you will, rolling through his piece ‘The Inclusive Leader’.

“He won everything with Valdes, Pique, Puyol, Xavi, Iniesta Busquets and Pedro, but also with Alves, Rakitic, Neymar and Suarez in that season that culiminated with the [treble winning] champions of Berlin. He has made Barça the best team in history and Barça has made Messi the indisuputed number one.

“Only Messi is better than Messi,” argued Nolla’s deputy Miguel Rico. “In January 2012 hours before Leo won his third consecutive Golden Ball, Johan Cruyff granted an interview to the newspaper Olé in which he prophesied that Messi would become the footballer with the most Ballon d’Ors in history: “He will win five, six or seven.” [Cruyff said.] Once again, the man they baptized ‘The Prophet of the goal’ was right in his prediction.”

“Leo, inexplicably for a 32-year-old man, seems to still be growing,” explained Rico. “Being every day a better soccer player than the previous [one], surpassing not only the great rivals he has had and has, but surpassing himself. And that is his greatness. Only Messi is better than Messi.”

Xavier Bosch argued that Messi’s tally of six should be higher. “Cristiano Ronaldo took advantage of the European titles of his team [Manchester United then Real Madrid] to win five Golden Balls, [but] Messi does not need them. In 2019, for example, he has lifted La Liga as captain, [and] has taken the Golden Boot. Nobody scored more than him in Europe, but his category [of class] is well above the rest. So much, that I suggest that Messi no longer opt for more Golden Balls and, from now on, designates who is the second best in the world each year.”

SPORT led with ‘FOOTBALL ONLY HAS ONE GOD’ and is conducting a poll asking fans at which age they believed the Blaugrana and Argentina captain will retire.

Over at MARCA, known for being a more Real and Atletico Madrid-backing outlet, M. Carmen Torres insisted “This is not about colors or [team] preferences, it comes from what is yielded by evidence: Messi is the best”.

“Four seasons have passed since he lifted the last Golden Ball, but, at 32, Messi remains the king of this sport,” Torres wrote. “The crown is his. There is no rival or partner who does not recognise and bow to his talent. He makes easy what nobody dares to imagine. He finds the plays and spaces that only he sees. And every he day surprises. Can anyone really say that this Golden Ball is not fair? It is. France Football had to choose the best, and the best in the world of 2019 is Messi: for his individual and collective interventions, for his profile as a soccer player (for example, his fair play) and for his sports career. No doubt [about it].”