Home Finance Only Warren, Klobuchar And Biden Have Plans For A Coronavirus Response
Finance

Only Warren, Klobuchar And Biden Have Plans For A Coronavirus Response 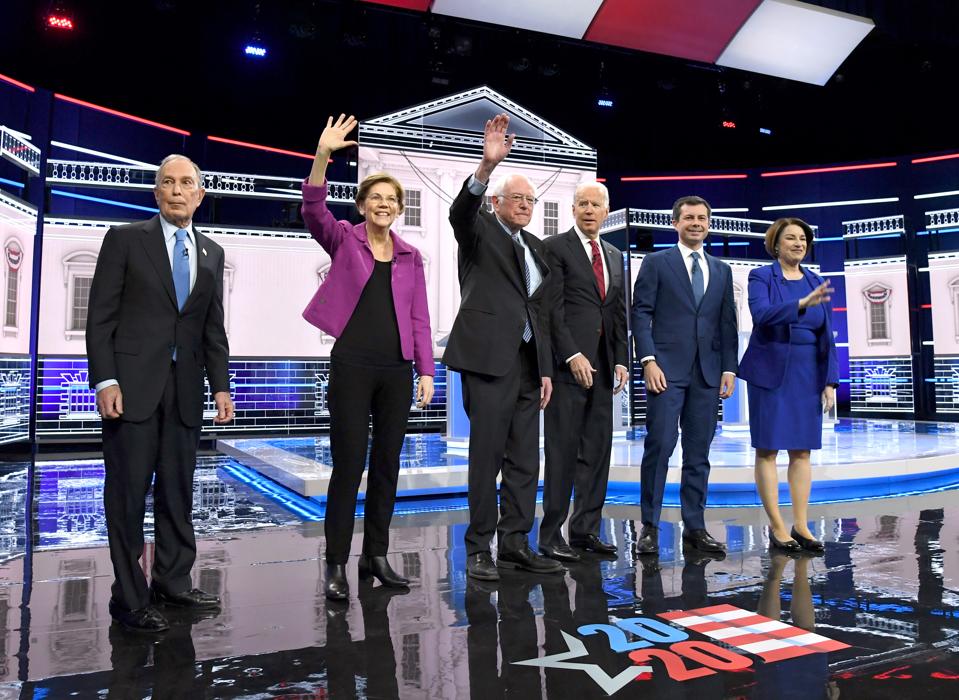 Quite a bit of criticism has been leveled at the Trump administration for its handling of the coronavirus outbreak, including his appointment of Pence to lead the response, dismissing concerns of a whistleblower about lack of protective gear, and overall lack of strategy, for a start.

Would things be different if a Democrat were at the helm instead? The current Democratic candidates heading into Super Tuesday want people to think so. All of them have criticized the president’s coronavirus response, and most have issued statements about what they would do instead. Only Elizabeth Warren, Amy Klobuchar, and Joe Biden actually presented plans for how they would handle the outbreak, and unsurprisingly, given her brand, Warren’s is the most involved.

Here’s what they had to say.

Elizabeth Warren is the woman with a plan for everything, and response to COVID-19 is no different. After tweeting Feb. 25 that the “Trump administration is absolutely bungling the response to coronavirus, putting our public health and our economy at risk,” she laid out what it would look like to have “a real plan and an adult in charge.”

The Massachusetts senator called for a centralized response team in the White House—which Trump has technically done by appointing Pence—but she accurately points out that the administration is not following advice of CDC experts and even overruled them. She also called for transparency and open science, which certainly diverges from legitimate concerns over the administration’s muzzling infectious disease experts.

Warren said she would would make it a priority to fight the opioid epidemic, which contributes to the spread of infectious disease, and HIV and hepatitis C, which makes people less susceptible to complications from respiratory illnesses. She also emphasized that her plan for combatting climate change can help reduce the risk of related infectious diseases like Zika.

Beyond public health measures, Warren particularly called attention to the need to “mitigate the supply chain impacts of the outbreak” and referenced aspects of her jobs plan given the impact the coronavirus could have on global supply chains, including how hits to China’s economy and infrastructure might affect US companies. Harvard Business Review points out that China represents 16% of the world’s GDP—four times what it was during the 2003 SARS epidemic—and cost-cutting measures such as “lean manufacturing, offshoring, and outsourcing” have made supply chains more vulnerable than ever.

And that’s barely a third of her overall plan, which also addresses restoration of the Strategic National Stockpile of medical supplies (which might have helped with the severe mask shortages occurring), funding vaccine development, establishing a Global Health Security Corps, addressing inequities and underserved populations, applying evidence-based infection control, partnership with other governments in outbreak response, surge funding for testing and other diagnostic needs during outbreaks, prioritizing finding and using effective treatments, and the safety of high-security labs. To try to summarize the rest of her detailed plan would triple the length of this entire article.

Bernie Sanders also criticized Trump’s coronavirus management, particularly giving control to Pence, who openly defied public health officials as governor of Indiana and allowed HIV infections to flourish. He also noted how Trump has cut winter heating assistance for the poor and Health Secretary Alex Azar’s refusal to promise any coronavirus vaccine would affordable to everyone. He noted how “outrageous” medical bills might keep people away from healthcare

However, those comments and his emphasis on Medicare-for-all are as much detail as I can find about Sanders’ social media statements on the coronavirus response or what he would do differently. He also didn’t respond to MarketWatch’s request for more detail.

Amy Klobuchar, like Warren, published an online plan specifically for preventing, identify and responding to global pandemics. While not as lengthy as Warren’s, Klobuchar hits on some similar points, such as recommitting to the Global Health Security Agenda, improving international cooperation with other nations in responses, and fully funding “U.S. departments, agencies, and programs that are on the front lines in preventing and responding to outbreaks, both at home and overseas,” including the CDC, HHS, NIH, State Department, US AID, Biomedical Advanced Research and Development Authority, and the President’s Emergency Plan for AIDS Relief.

Klobuchar’s plan calls for boosting early-warning systems for outbreak detection before they grow into pandemics and developing a “global rapid-response system for deploying international medical teams to respond to outbreaks at the source.” She also called for increasing existing vaccine and medication stockpiles, increasing production of new vaccines and treatments, and streamlining ways to distribute these quickly during outbreaks.

Klobuchar did not explicitly address the economic impacts of outbreaks as Warren did but did call for “public-private partnerships that can unlock new investments and innovations.”

Michael Bloomberg has also frequently tweeted about the Trump administration’s failures in responding to the new coronavirus and subsequent drops in the stockmarket, though he was incorrect when he claimed that Trump “defunded the CDC” (CDC funding has actually gone up).

He called for trusting US scientists and sharing facts, and he issued a statement Feb. 25 describing where he saw Trump’s administration falling short. But his statement oddly seemed to imply it was inappropriate for Trump to ask for “for billions of dollars” to set up a task force—it wasn’t clear if he was criticizing only Trump’s reacting-instead-of-leading or the request for funding.

Bloomberg also offered little detail about what he would do instead, not responding to MarketWatch’s request for information and stating on his website only that he would “strengthen the public health infrastructure designed to keep us safe, and make the long-term public health investments we need to prevent the spread of future global pandemics like this.”

Joe Biden responded to a question during the South Carolina primary debate about how he would respond to the coronavirus by pointing to how President Obama and he responded to Ebola, which he said made sure the disease “did not get to the United States.” He did not go into detail about what that meant, nor has he released a formal plan for outbreaks or infectious disease prevention, but his op-ed in USA Today is pretty close.

Like other candidates, he criticized Trump’s proposed budget cuts to the CDC, NIH, and US AID and his disbanding of the US pandemic response team. He points out the need for international cooperation in responding to outbreaks, “including dispatching our military on a limited mission to help build the urgent infrastructure necessary to coordinate a massive global public health response, deploying American disaster assistance response teams to Africa, unleashing the NIH to help spur the discovery of new treatments and vaccines, protecting our citizens from potential cases of Ebola in the USA, and harnessing civilian expertise from the CDC at home and abroad.”

Biden said he ask Congress to boost the Public Health Emergency Fund so that the Stafford Disaster Relief and Emergency Assistance Act could be used “to declare a disaster if an infectious disease threat merits it.” Finally, like Warren and Klobuchar, he would fully fund the Global Health Security Agenda.