Breaking
England Plunged Into Second Lockdown From Bonfire Night
This Young Entrepreneur’s Goal: To Make Healthy Foods...
Fruit And Vegetable Spoilage Is A Hidden Cause...
Blasingame’s Law Of Urgency
This Is Why Entrepreneurs Who Settle For ‘Good...
Nature Has Economic Value That Needs To Be...
Damwon Gaming Win The ‘League Of Legends’ World...
Is Stock Market Signaling Recession Extension? Unemployment Data...
Leaks Point To New MacBook Silicon, MacBook Pro:...
What Every Dog Wants This Halloween, BarkBox AI...
IQVIA Killing It In The Drug Trials Business
This Mother Of Four Tapped Her Talent For...
This Mother Of Four Tapped Her Talent For...
New Study Reaffirms: Increased Health Literacy Leads To...
Why The Retirement System Is Like The Cereal...
Imposter Nurse Received Millions, Now Sentenced To Prison...
Home General Optimus Prime Finally Gets The Diaclone Update He Deserves
General

Optimus Prime Finally Gets The Diaclone Update He Deserves 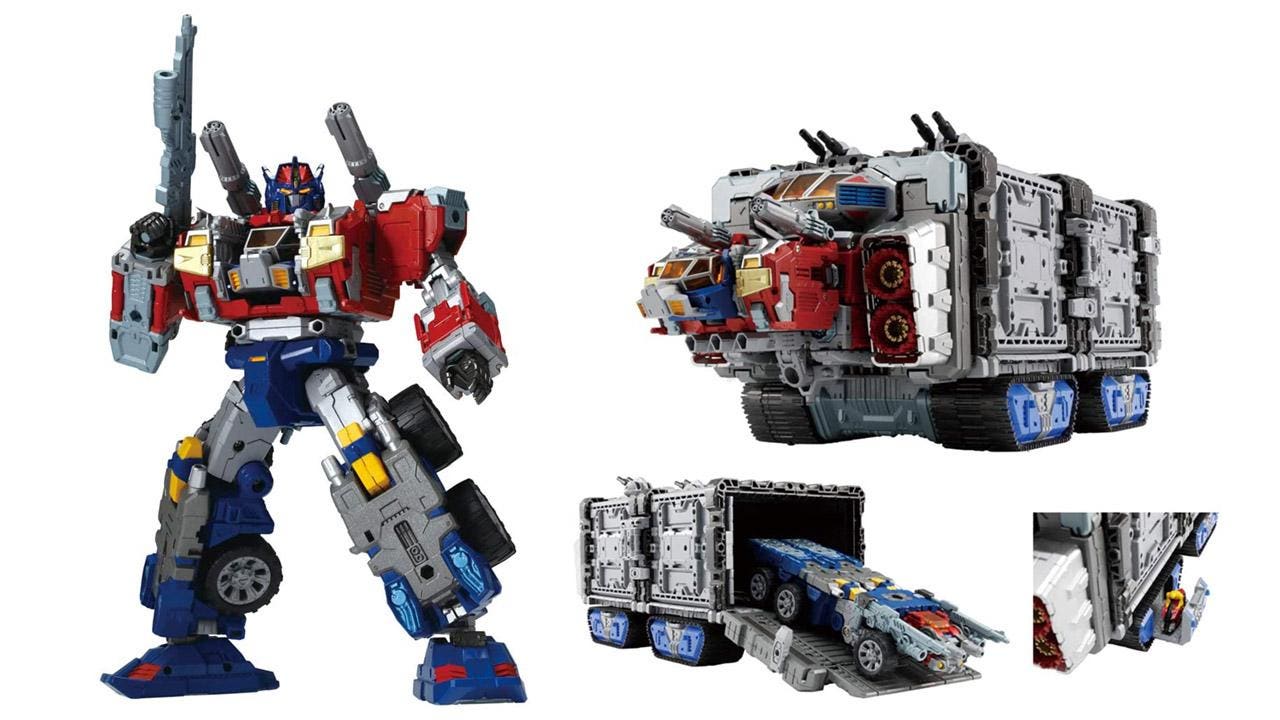 Before Transformers, there were two toylines; Microman and Diaclone. The latter is what would make up most of the Autobots, with Optimus Prime being notable here. In that, Optimus Prime was originally released as Battle Convoy in Japan back in the early 80s and now he’s getting a long overdue Diaclone update.

Specifically, Battle Convoy included both the truck and the trailer, whereas just the truck was plain old Convoy (shown below).

Battle Convoy was also part of the Diaclone range in Japan before the Transformers series was created and famous mecha designers such as Shoji Kawamori were integrally involved in the creation of the toys.

In recent years, Takara Tomy has rebooted the Diaclone toyline with all-new versions of these classic designs. Many of which were never originally really released outside Japan.

I reviewed the excellent Dia Battles V2 and Big Powered GV from the new Diaclone range a few years ago and they were genuinely glorious. Like the original Diaclone toys, they also included small pilot figures with magnetic feet.

This is why when we got Transformers in the West, many of them had cockpits but no figures to go in them. Put simply, this was part of the rebranding from Diaclone to Transformers.

Whether the “V-MAX” suffix is a homage to Blue Comet SPT Layzner is unclear but the toy itself looks amazing.

Like with many of the new Diaclone releases, this Battle Convoy V-MAX set can be reassembled in various configurations and can also store other Diaclone toys in the trailer portion of the set.

Battle Convoy V-MAX is released in February in Japan and I only hope that Takara Tomy get around to making a Diaclone game, as the announcement video (shown above) is really great.

No, There Isn’t A Black Hole At The Center Of The Earth

IRS Increases Enforcement On Cryptocurrency: What This Means For Investors