Breaking
Women Of Color Hill Staffers Talk New Economic...
Are You Ready For A Jaw-Dropping December? How...
FIFA 21 Next-Gen Details Revealed For PS5 And...
Being Right At Being Wrong
Click And Collect: How Retailers And Restaurants Can...
Biden’s Stock Market Is Off To A Faster...
How To Avoid Social Media Misinformation Ahead Of...
The True Cost Of Losing An RFP
When Cause And Effect Converged With Humanity
Exxon Mobil Breaks Above 200-Day Moving Average –...
This Small Business Is Looking To Make America’s...
This Woman Invented Something 160 Million Americans Will...
6 Questions To Practice Gratitude This Thanksgiving
Report: Facebook Tweaked News Feed After Election Day...
End The Month Strong With These Top Value...
From Maths Failure To Global Educator: How Knowledgehook...
Home Business Oregon’s Proposed Tax Hike On Beer, Wine And Cider Threatens To Kick An Industry While It’s Down
BusinessEntrepreneurshipStart Ups

Oregon’s Proposed Tax Hike On Beer, Wine And Cider Threatens To Kick An Industry While It’s Down 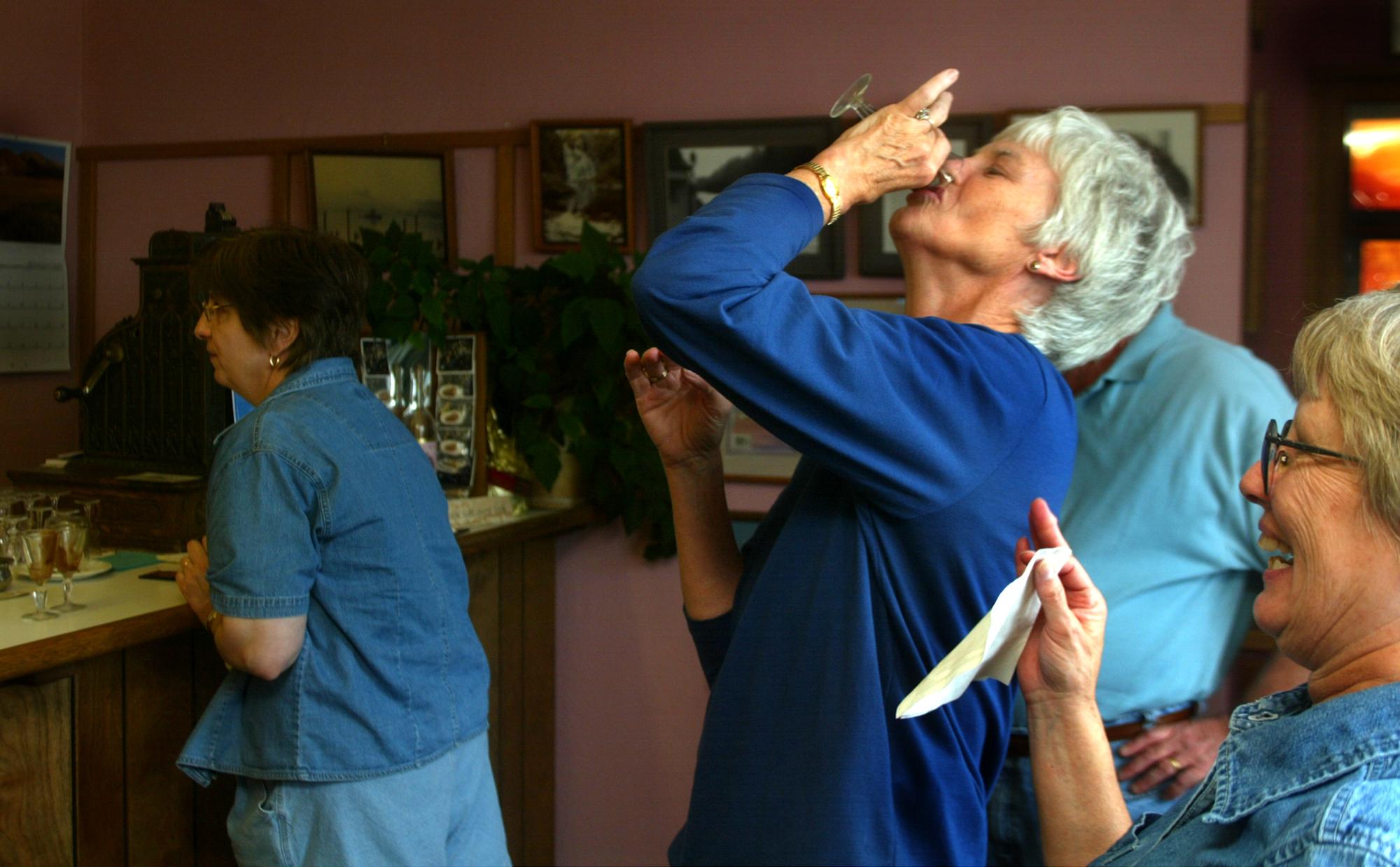 At a time when small, independent breweries, wineries and cideries are gasping to survive the pandemic, Oregon’s health authority wants to raise taxes on these businesses by around 800%. The Oregon Health Authority (OHA) is proposing the hike to generate funds for mental health and addiction services as Governor Kate Brown (D) weighs how to make up for what the Portland Business Journal reports is an anticipated $4.4 billion COVID-related shortfall in the state’s 2021-2023 budget. Oregon’s craft and macro-beverage producers say raising their taxes isn’t the way to do it.

“When brewpubs, tasting rooms, restaurants and bars were ordered by the state of Oregon to close, overnight our business models were destroyed. Deschutes lost 45% of its business over the course of one week. With restaurants and brewpubs reopening, there are still limitations on seating, meaning margins are thin. We cannot afford a tax increase,” says Michael LaLonde, president and CEO of Bend-based Deschutes Brewery.

The hospitality sector has permanently and temporarily lost 53,000 positions so far this year, representing a decrease of 44%, according to the Oregon Office of Economic Analysis.

“Here in Oregon, in addition to the global health crisis, we’ve also been battling wildfires,” says Kyle McKee, general manager of Bend’s 10 Barrel Brewing, which is owned by Anheuser-Busch InBev. “2021 is going to be a year of climbing up a steep hill to get back to where we thought we were going to be this year in terms of growth. All we’re asking is that the governor and state legislators not make that hill higher.”

Oregon, a pioneer of the nation’s craft beverage industries, currently collects $40 million in taxes from alcohol every two years. That makes it the third largest contributor to the state’s coffers, after taxes and the lottery. Almost half of the price of a beer goes toward taxes, which is less than almost every other state. And its wine taxes rank 31st lowest in the US.

The OHA wants to raise approximately $293 million from new excise taxes on the industry, which would mark the first such hike on beer since 1977 and the first on wine since 1983. Oregon Business magazine calculates that to mean taxes on a barrel of beer would skyrocket from $2.60 to $23.40.

“Business taxes in Oregon have continually increased,” writes Danelle Romain, executive director of the Oregon Beer and Wine Distributors Association, who notes that brewers with over $1 million in gross annual receipts are also paying a new commercial activities tax passed this spring.

“All other groceries were exempt,” she says.

Further, opponents of the increase argue that Oregon spends less than 1% of its budget on alcohol treatment, with just 3.5% of alcohol taxes going toward addiction recovery. Ten percent of the new tax revenue would be directed to substance abuse programs, while the rest would go to initiatives like improving access to mental health care, especially for BIPOC and low-income populations. The proposal adds that taxing alcohol would bring about the favorable outcome of reducing consumption, especially among youth.

“Our state’s behavioral health system remains fragmented, overloaded, underfunded and inequitable in access and outcomes,” the OHA budget proposal reads. “At the same time, alcohol imposes large and avoidable costs on the health of all people in Oregon, and on Oregon’s economy, communities and health care systems.”

The proposal goes on to note that alcohol-related deaths have increased by more than one-third since 2001, making alcohol use the third leading cause of death in the state.

The Willamette Week website paraphrases Mike Marshall, executive director of what it says is the increasingly influential Oregon Recovers neo-prohibition non-profit organization, as he addressed the Oregon Alcohol and Drug Policy Commission in late August.

“Marshall rattles off stats like a play-by-play announcer: Oregon ranks third in the nation in untreated (drug and alcohol) addiction. Some 2,000 Oregonians a year die alcohol-related deaths. By comparison, COVID-19 has claimed 465 in 2020,” it wrote.

“Brewers agree, we need to fund addiction recovery and healthcare in our state,” counters Romain. “Before raising taxes on Oregon’s local beer, wine, cider, spirits and hospitality businesses, we need to deeply examine the current system and why dollars are not currently being spent on these programs.”

Yet despite sitting on $2.85 billion in a budget surplus and cash on hand, Oregon is desperate to figure out how to continue to extend services to its citizenry, considering economists warn of a $2.7 billion shortfall to the existing budget and a possible $3.3 billion loss to the budget that follows the one under debate. The hits come from a dizzying number of sources negatively impacted by the pandemic. Start with a significant drop in income tax revenue sparked by a staggering unemployment rate; then consider the likelihood of up to hundreds of millions of dollars lost in lottery revenues because many of the venues that house the terminals were or still are shut; and finish with a severe decline in sales and other business taxes statewide.

Oregon isn’t necessarily unique in its financial picture; in some ways, it’s doing better than most. But it may be unique in the pressure its alcohol manufacturers are feeling from the government. The beer and wine distributors association says a tax hike measure comes up every year and adds that Oregon Recovers is lobbying its own plan to raise sales taxes on the retail purchase of alcohol by 20% across the board.

The distributors also say more than 80% of Oregonians oppose increasing beer taxes. That’s according to a recent survey conducted by Patinkin Research Strategies. Willamette Week notes, without citing its source, that 75% of Oregon adults drink alcohol and that the industry enjoys a great deal of local support.

“The alcohol industry features homegrown farmers, brewers, vintners and distillers, who are popular in every legislative district and have enhanced Oregon’s reputation as a drinker’s paradise. On the issue of taxes, it also aligns with the state’s restaurant and hospitality industry,” writes political reporter Nigel Jaquiss.

Gov. Brown is expected to weigh proposals from her agencies and release her own budget request by December 1. Early next year, Lawmakers will introduce their own tax and spending bills based in part on the governor’s input.

The OHA is also proposing a steep new cigarette tax. But it has a fallback source of revenue that most states don’t: it collected $133.1 million in marijuana tax revenue in fiscal 2020.

The One Thing Trump Got Right Is NASA Chief Jim Bridenstine. Should He Stay If Biden Wins?

Transparency As A Competitive Advantage: It’s Time To Change The Record