Breaking
How, When And Where You Can See A...
New $2.2 Trillion Stimulus Bill Proposed—$1,200 Stimulus Checks,...
Why Do We Do What We Do? Manipulating...
California Brand Goes All-American As Amazon Bans Foreign...
The 3 Best Analytics Companies of 2020
Senator Cory Booker: Supporting Small, Minority-Owned Businesses Will...
Trump’s Taxes Are Finally Leaked—What’s Next?
Washington Heats Up Ahead Of First Presidential Debate:...
Systemic Racism Leads To Disparities In Nursing Home...
The New Regular: Prepare For Conflicts Of Customer...
Web VR.0 – Have VR Websites (Finally) Arrived?...
This Next Evolution Of E-Commerce Did $18 Billion...
This Next Evolution Of Ecommerce Did $18 Billion...
IRS Taxes Most Lawsuit Settlements And Exact Wording...
13 Questions To Answer Before You Die
Just Launched: Long-Term Stock Exchange For Companies Building...
Home Technology Out Of Nowhere, Supplice From ‘Armored Core 4’ Gets A New Model Kit Release
Technology

Out Of Nowhere, Supplice From ‘Armored Core 4’ Gets A New Model Kit Release 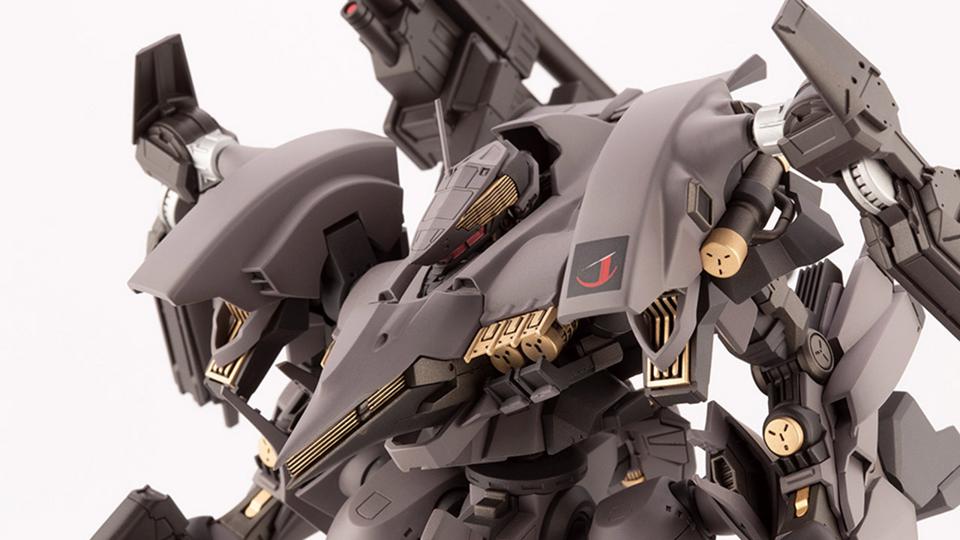 Kotobukiya has a new Supplice kit planned from ‘Armored Core 4’.

For those that are still following the much-maligned Armored Core series out there, Kotobukiya has suddenly announced a new model kit release for a game that was released 14 years ago.

To give a bit of context, Kotobukiya has been handling the Armored Core license for model kits since 2005, with its excellent Variable Infinity line. Like the games, the kits are also customizable and can have their parts and weapons swapped out.

In recent years, as there was been a distinct lack of Armored Core games released, Kotobukiya has been re-releasing some of its older kits in the range. That was until this week.

One of the most memorable designs from the game was that of the mecha Supplice piloted by Berlioz. Used in the opening cinematic (shown below), it used the sleek 03-AALIYAH frame developed by Rayleonard.

What’s interesting here is that Kotobukiya has already released versions of both the 03-AALIYAH frame and a version of Supplice but never with the colouring, decals and weapon loadout from the opening movie.

So while this kit uses parts from previous releases, it’s “new” in the sense that it is the first time fans of the series can get the version of Supplice as seen in Armored Core 4’s opening movie, which is definitely curious.

Released this June for 7,500 yen (or around $70), this new Supplice kit comes with a wide array of weapons and decals, including the emblem Berlioz uses. If you want to pick one up, I recommend going through HobbyLink Japan once their pre-orders start.

The real question here though, is why now? Armored Core 4 was released 14 years ago, so why do a model kit of the mecha seen in the opening movie of that game? Maybe a remake is on the way or even a new game and Kotobukiya is helping FromSoftware to build some hype. Either way, the Armored Core series is still thankfully around, if only in a merchandising sense.

A New Study Suggests You May Want To Rethink That MBA