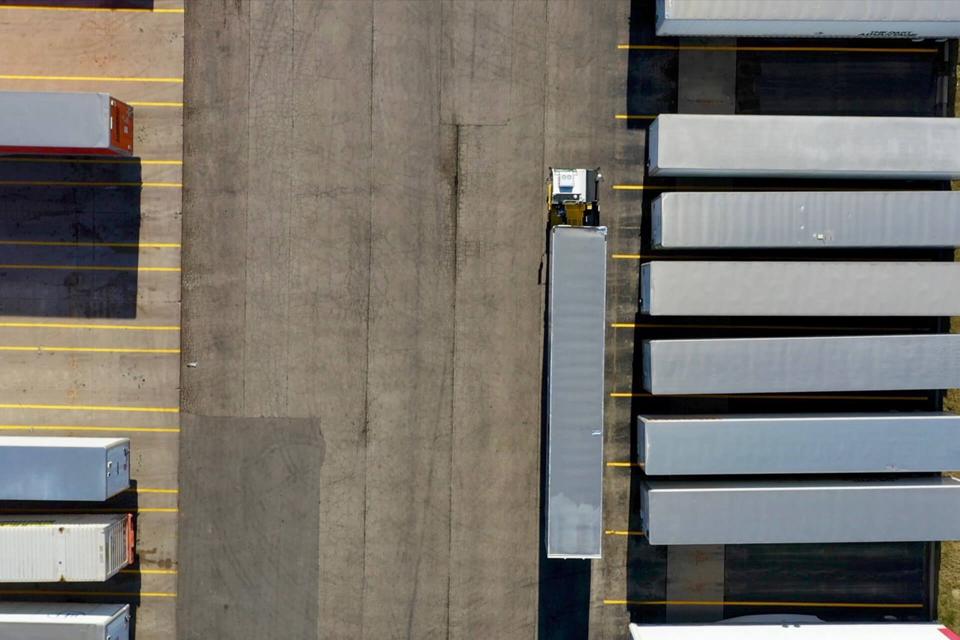 Colorado-based Outrider has emerged from stealth as the new kid on the block in truck automation. They’re targeting a less-sexy but essential aspect of trucking: moving trailers around at warehouses and logistics centers. (Disclosure: I advise Outrider and am a shareholder.)

The typical over-the-road trucker has limited driving time and wants to spend as little time as possible off the public road inside a logistics center. Rather than waiting for an opening at the loading dock, they drop their load at a trailer storage yard, pick up another load, and get back on the road. It’s then up to “yard jockeys” to bring trailers to and from loading docks when needed, using truck tractors which are small and not designed for public road operations. Or in the case of grocery store operations, trailers are loaded sequentially. For instance, dry goods are loaded at one bay, then the trailer is moved to the temperature-controlled part of the warehouse to pick up cold goods. There may be several progressive stops like this to serve the needs of local stores.

In trucking, it’s all about increasing operational efficiency and reducing cost.  Truck platooning provides greater efficiency in fuel use. Over-the-road driverless trucks reduce labor costs of freight transport. Up until now, logistics yards have been a “backwater” of low tech operations rife with inefficiency.  Maneuvering in tight quarters, it’s a tedious and monotonous job done by human drivers today and damage to trailers (and sometimes other workers) occurs all too frequently. The endemic driver shortage issue facing over-the-road transport applies equally to yard operations.

Back in 2016, shortly after Otto intrigued the world with their “driverless beer run,” I was part of an expert panel advising the Federal Motor Carrier Safety Administration on future research topics. During a break, I was talking about the potential of automated driving with a fellow panelist who was a Senior VP at one of the largest intermodal trucking companies. He turned to me and said “Richard, highway driverless trucks will be great if they ever come, but why can’t we get these tech gurus to just automate my yard?” We commiserated over a situation in which the large truck manufacturers didn’t see enough volume in specialized yard tractors to invest, and the smaller companies providing yard tractors were hesitant to invest in advanced technology.

Such an “orphan” use case is a perfect situation for a startup if the potential addressable market is big enough. Outrider’s founder and CEO, Andrew Smith, took a look and decided this sector looked very promising. “Logistics yards offer a confined, private-property environment and a set of discrete, repetitive tasks that make the ideal use case for autonomous technology. But today’s yards are also complex, often chaotic settings, with lots of work that’s performed manually. This is why an overarching systems approach – with an autonomous truck at its center – is key to automating every major operation in the yard.”

On one level, the freight yard is a super-simple automated driving problem compared to the open road. All vehicles / drivers are controlled by the owner of the yard, speeds are low, the routes and movements are finite, and best of all, government safety regulations don’t apply, reducing liability. When Outrider started up, the capability to safely move vehicles in such a setting was fairly mature, as evidenced by the team Smith assembled coming from DOD-focused autonomy, automotive OEMs, and research universities. But there was a catch – connecting to and disconnecting from truck trailers requires connecting “air lines” which control the trailer’s brakes. In the past this has been done by the yard truck driver, a quick and simple process. The Outrider team took on the challenge of teaching a robotic arm to do the job.  To my knowledge, this capability is unique in the truck automation industry and is key to the business case. 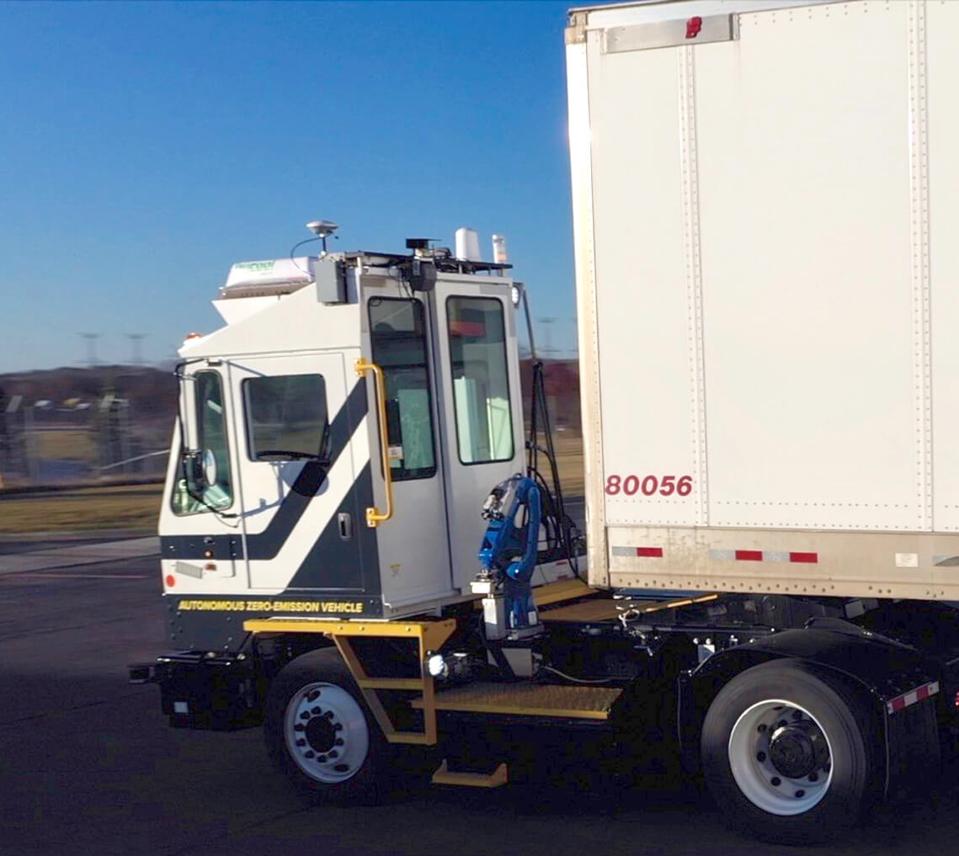 Not that others have been sitting on their hands. The yard automation concept is not new and has been demonstrated by the Southwest Research Institute, ZF Group and others. Terberg, one of the major yard tractor manufacturers, “is convinced that in the future automated container yard operation will become widespread.” Their AutoTUG is available with a cab (if a human driver may need to hop in) or as a cab-less model for automated operation only. Einride is a driverless startup founded in 2016 addressing low speed and last mile logistics but with a very different slant from Outrider. Einride’s Pods are custom vehicles with no driver compartment and no coupling – it is a single vehicle with a different profile than the typical tractor trailer. These vehicles can directly move goods from loading dock to final destination, but they are not built to address the trailer shuttling task.

Outrider stresses a system approach to fully address the complexities of yard operations. Theirs is an integrated, three-part system, including management software, autonomous zero-emission yard trucks that feature vision-based robotics, and site infrastructure. Plus, the system integrates with existing supply chain software used by large enterprises.

In past articles I’ve discussed whether driverless vehicles will be tightly tied to electric propulsion. Outrider’s Smith addresses this directly, noting that “modern distribution yards won’t be just autonomous, they’ll be electric. Electric yard trucks are easier to operate and maintain than their diesel counterparts, and they lend themselves to better computer control. Our mission is to work with customers and suppliers to rapidly retire the more than 50,000 diesel-polluting yard trucks currently operating at logistics hubs throughout the U.S.”

Outrider announced this week they have raised $53M in funding supporting their system and market development focused on logistics hubs. Outrider is backed by investors including NEA, 8VC, Koch Disruptive Technologies, Fraser McCombs Capital, Prologis, Inc., Schematic Ventures, Loup Ventures, and GOOSE Society of Texas. They are piloting their system with Georgia-Pacific and four Fortune 200 companies in designated sections of distribution yards. “We’re constantly looking for ways to transform our company and the way we get work done, especially making work safer and more efficient and productive,” said Annant Patel, Vice President of Automation Transformation at Georgia-Pacific.

Sexy or not, in announcing their work with partners like Georgia-Pacific, early signs are that Andrew Smith’s (and his investor’s) bet might pay off.

TV Viewing Is Up And Pluto, Tubi, Crackle...

Nico Rosberg Teams Up With Father Keke As...

Selling A Home? 12 Factors That May Impact...