Over 14,000 Homes At Risk From Hurricane Hanna Storm Surge 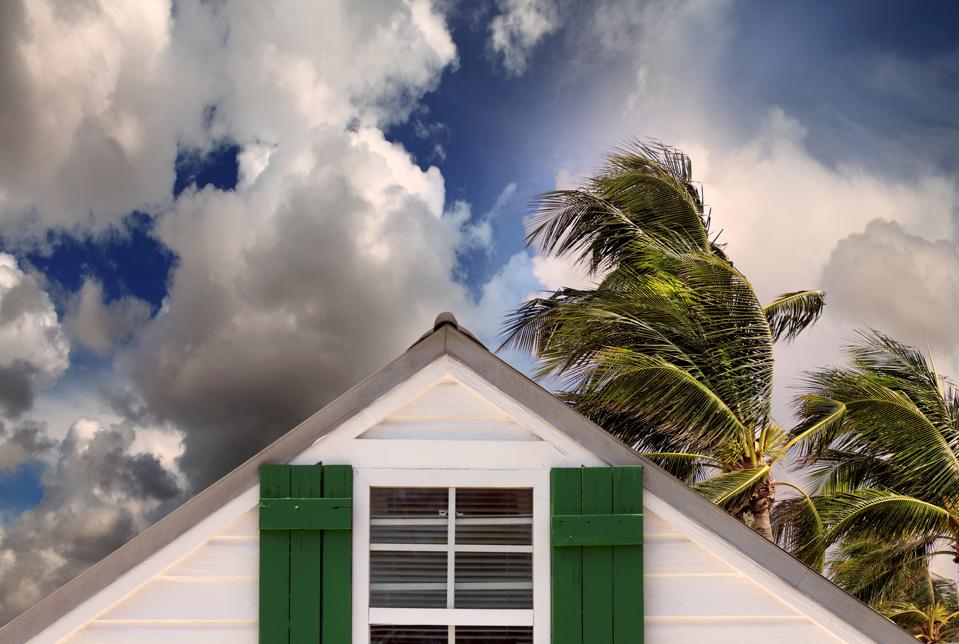 Storm surge is known to be one of the major causes of hurricane property damage.

Hurricane Hanna, the first Atlantic hurricane of 2020, puts more than 14,000 homes at risk of storm surge damage, according to CoreLogic, a real estate data analytics provider. The storm made landfall Saturday on Padre Island off the southern coast of Texas, bringing gusts of over 90 mph, storm surges and rain across the state.

Storm surge flooding occurs when sea water is pushed ashore by a storm through a combination of wind and pressure and is known to be one of the major causes of hurricane property damage along the Atlantic Coast, Gulf of Mexico, and—under the right conditions—even inland waterways.

A mix of high winds and low pressure traveling with the storm causes water to accumulate along the front of a hurricane and push the amassed water across the ocean as it moves – eventually onto land and into residences and businesses. In a matter of minutes, storm surge resulting from hurricanes can wipe out homes and businesses.

Texas Governor Greg Abbott declared a state of emergency for 32 counties, many of them in areas ravaged in recent weeks by the coronavirus pandemic.

“Hurricane-driven storm surge is one component of land-falling hurricanes that can cause extensive property damage,” said Thomas Jeffery, principal of the science and analytics team at CoreLogic, in a 2020 storm surge report. He added, “While most people associate hurricanes with wind, it is important to expect and prepare for the inevitable flooding since that is often responsible for considerable damage.”

“If a hurricane causes significant storm surge damage during a time when mortgage delinquencies are already high, this could result in additional losses for homeowners, lenders and insurers – and ultimately delay economic recovery for impacted communities,” said CoreLogic chief economist Frank Nothaft in the storm surge report. “For example, our analysis shows that three months after 2018’s Hurricane Florence made landfall, serious delinquency rates had doubled in major metros affected by the storm.” 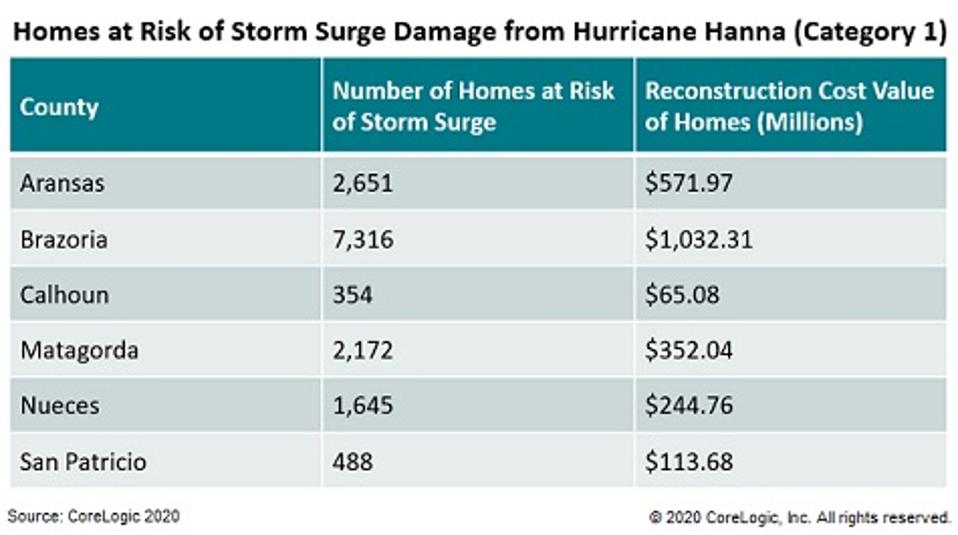 “Hurricanes and the associated storm surge frequently require mandatory evacuation, often leading to mass displacement of people and tragic loss of life,” according to CoreLogic’s report. “Additionally, the impact of storm surge from a single hurricane can cause billions of dollars in property damage. In 2005, Hurricane Katrina’s storm surge famously breached 53 levees, causing catastrophic damage to New Orleans and its residents. It is now one of the costliest hurricanes on record, generating $125 billion worth of damage.”