Breaking
Bitcoin And Blockchain Are The ‘Future’ Of Twitter,...
COVID-19 Pandemic Has Birds Changing Their Tune
Beat Zoom Fatigue With These 6 Tips
How To Sustain (Or Sabotage) A Customer Service/Experience...
How, When And Where You Can See A...
New $2.2 Trillion Stimulus Bill Proposed—$1,200 Stimulus Checks,...
Why Do We Do What We Do? Manipulating...
California Brand Goes All-American As Amazon Bans Foreign...
The 3 Best Analytics Companies of 2020
Senator Cory Booker: Supporting Small, Minority-Owned Businesses Will...
Trump’s Taxes Are Finally Leaked—What’s Next?
Washington Heats Up Ahead Of First Presidential Debate:...
Systemic Racism Leads To Disparities In Nursing Home...
The New Regular: Prepare For Conflicts Of Customer...
Web VR.0 – Have VR Websites (Finally) Arrived?...
This Next Evolution Of E-Commerce Did $18 Billion...
Home Finance Over 150% Rise In Cleveland-Cliffs’ Stock Possible After COVID-19 Crisis?
Finance

Over 150% Rise In Cleveland-Cliffs’ Stock Possible After COVID-19 Crisis? 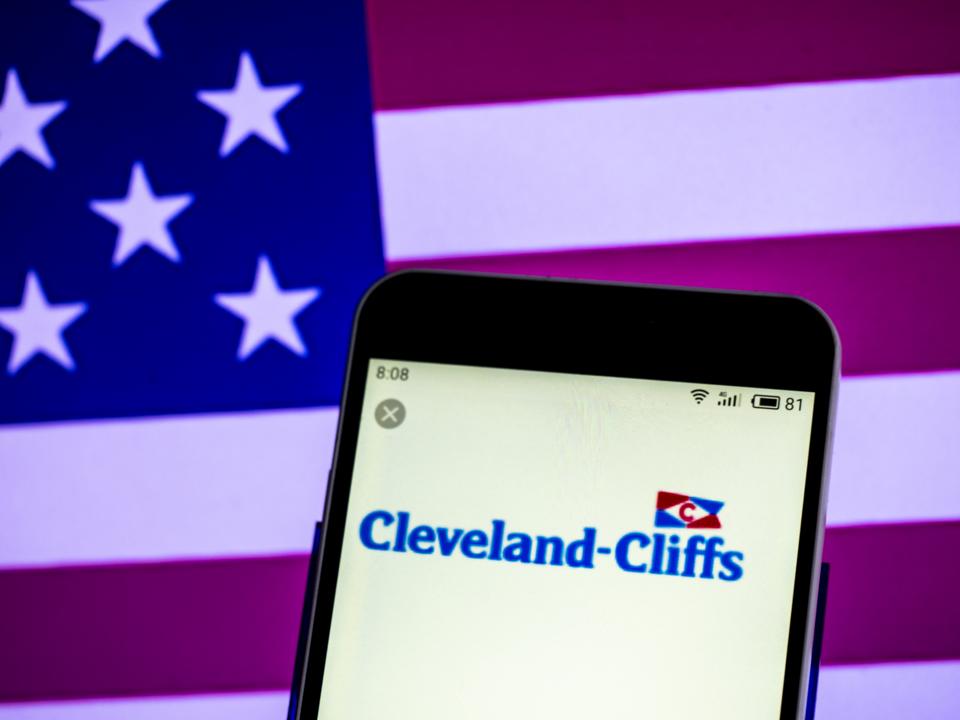 Cleveland-Cliffs (NYSE: CLF) stock is very likely to outperform the broader S&P index post coronavirus and oil price war crisis, going by the trends seen during the 2008 slowdown, where it fell 66% from the approximate pre-crisis peak in 2008, and recovered by a whopping 200% by early 2010. The decline in Cleveland-Cliffs’ stock and recovery was higher than that of the S&P 500. We compare the performance of Cleveland-Cliffs vis-à-vis the S&P 500 in our interactive dashboard analysis, 2007-08 vs. 2020 Crisis Comparison: How Did Cleveland-Cliffs Inc. Stock Fare Compared With S&P 500?

On Monday, March 9, the stock markets saw their biggest sell off since the 2008 crisis, with the decline continuing throughout the week. There were two distinct trends driving the sell-off. Firstly, the increasing number of coronavirus cases outside China is causing mounting concerns of a global economic slowdown. Secondly, crude oil prices plummeted by more than 20% after Saudi Arabia increased production. Cleveland-Cliffs’ stock fell about 40% between 8th March and 18th March 2020, and is down by a total of 56% since early February, considering the impact that the outbreak and a broader economic slowdown could have on iron ore prices and demand, and the global iron ore industry.

Moreover, though Cleveland-Cliffs’ products do not have much exposure to China, the iron ore demand from China affects global iron ore price levels to a large extent, in turn impacting the company’s price realization for its products. Lower demand construction players and shedding of capacity by major steel companies in China has led to drop in global iron ore prices recently. Additionally, with the outbreak and spread of coronavirus expected to lead to further slowdown in economic activity and demand, iron ore prices are expected to remain under pressure. However, going by the trends seen during the 2008 economic slowdown, it’s likely that Cleveland-Cliffs’ stock could bounce back strongly and potentially outperform the market as the crisis winds down. In 2008 when the stock fell 66% during the market crash, the stock recovered much better than the market at 200%. As per the current fall of 56% due to coronavirus since February (1st February 2020 to 18th March 2020), CLF’s stock could bounce back more than 1.5x from its current level once the market recovers post the crisis, with a possible stock upside of ~170%.

While Cleveland-Cliffs’ stock has declined due to the Coronavirus/Oil Price War crisis, going by trends seen during the 2008 slowdown, it’s likely that it could bounce back strongly and potentially outperform as the crisis winds down.

For more detailed charts and a timeline of the 2008 and 2020 crisis for different stocks, view our interactive dashboard analyses on coronavirus.

Calling All People Who Sew And Make: You Can Help Solve 2020 N95-Type Mask Shortage

Pinehurst Institutes Safety Measures So Guests Can Still Tee It Up