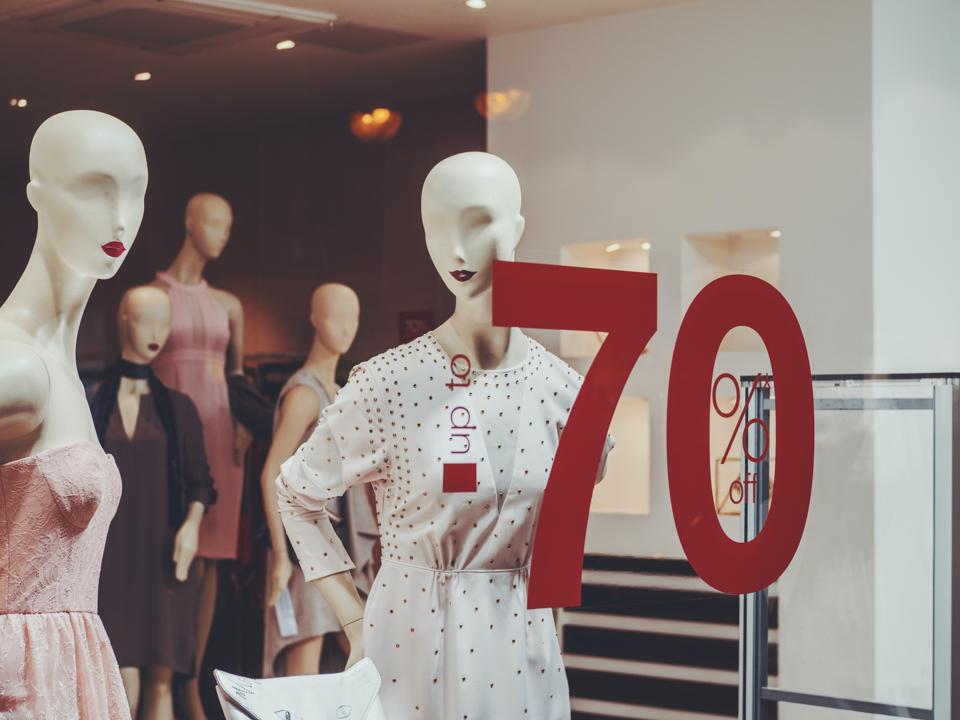 “Consumers are definitely feeling anxious about the future. Whether it’s the pandemic, which is making people hesitant to go out in public to crowded places, or they’re worried about their jobs or the state of the economy going forward, people’s willingness to spend has declined.” That was what UBS retail analyst Jay Sole told the New York Times just two months into the COVID-19 pandemic that has effectively shut down the United States economy. I can’t see how anyone could disagree.

The news is grim, with no certainty in sight. But a potential rebound is on the minds of some optimistic brands like Macy’s and the Gap, which announced plans to reopen stores. The nation’s biggest mall operator is set to open doors in 49 malls across 10 states too, and most retailers are moving quickly to adapt to the fallout as best as they can. Masked employees and plexiglass guards will help ordering for curbside and storefront pickup, while scheduled appointment shopping and other initiatives stand in for in-store buying. But for these businesses to thrive with anxious consumers, these methods cannot replace the normal in-store shopping experience.

This downturn will leave more than a few bumps and bruises on a depleted retail industry, which was already struggling before the pandemic upended best laid plans. Big retailers like J. Crew, Neiman Marcus, Stage Stores, and J.C. Penney have filed for bankruptcy protection. Small businesses haven’t fared any better. A Census Bureau survey this month found that nearly 90% of small retailers reported being hurt by the pandemic, with no expectation of a quick turnaround. One-third anticipated a six month timeframe for businesses to return to normal, and over 6% said they wouldn’t recover at all.

Struggling retailers attempting to fight the uphill battle may react by over-discounting, offering huge ecommerce discounts to consumers to spur demand. When a business is financially troubled, the solution usually goes to Economics 101 — if the brand lowers prices, theoretically demand will go up. In our COVID reality, a one-to-one connection between discounting and potential bankruptcy is much more complicated than that.

In bad times, brands believe that more discounting is going to get them out of the problem and put them back on the path to success. The hard truth is that bankruptcy doesn’t discriminate, and discounting as a lifeboat is certainly not a long-term viable strategy.

Take JCPenney as an example. At some point in the past few years it determined its problem was pricing, so it switched to an everyday low-price model, thereby eliminating discounts and coupons in hopes a one-size-fits-all approach would save the company. This was a smokescreen that made it impossible to focus on the much deeper problems behind closed doors. As Lauren Debter said in this very publication, Penney’s hadn’t “turned a profit in nearly a decade and carrie[d] more debt than almost any other retailer in the nation.”

The same goes for J. Crew, which shifted to fewer deals to try to attract the luxury shopper in the last few years. Again, on the surface it seemed like a good strategy. The brand was previously in a grey area where they felt that they were not as clearly differentiated against similar competitors like Banana Republic. Yet customers ultimately rejected paying more for the same products without the discounts they relied on for years, and the pandemic only made this point more clear.

Brands that currently rely on over-discounting, and sending blanket email offers to acquire new customers, are not maximizing the chance for long-term success. The problem is that those discounting strategies cannot happen every week. It resets customer expectations in the wrong way. Those brands are only winning unloyal customers for immediate gains, and those customers expecting those types of discounts on an ongoing basis are likely not to return.

More dynamic, individualized discounting that is enabled by an overall customer segmentation strategy is what’s needed to keep the ship from sinking. There are plenty of customers who will buy at full price If you can guarantee them ancillary benefits like two-day shipping or exclusive inventory availability. Identifying those high-value customers is only one challenge facing even the most sophisticated retail marketers.

This isn’t to say that all struggling brands that discount will follow the same fate as JCPenney. It seems that the common denominator for most — if not all —  the retailers that have gone bankrupt recently is that they’ve had excessive debt loads, have gone through major leveraged buy-outs by private equity firms, or simply borrowed too much money thinking that they’d be able to repay it later with cash flows from a stable or growing business.

The excessive debt loads and poor business performance create the desperate fear of bankruptcy that leads to short-term discounting strategies to produce immediate sales without a long-term strategy. Brands will have to rethink their long-term strategies however they can. But only one thing is clear: uniform and unsophisticated discounting tactics are almost always a game-losing hail mary.

The Esports Awards Has Eight New Categories Including Collegiate Recognition

Human Behavior And Group Dynamics Can Be Reshaped...

If You Enjoyed ‘Parasite,’ Check Out ‘Burning’ On...

Will There Be A Second Student Loan Stimulus...

50 Cities Where Nurses Earn The Most Money

‘Pokemon GO’ Super Community Day: Where To Get...