Breaking
How To Get Your Startup Business Off The...
How To Create A COVID Safe Construction Site
How to Make a Good First Impression at...
Why Now Is A Good Time To Start...
Here’s Why Texas Instruments’ Stock Growing Almost 2x...
LinkedIn’s 50 Best Startups To Work For In...
3 Marketing Mistakes Holding You Back From Hitting...
Is The Matter In Our Universe Fundamentally Stable...
Majority Support Covid-19 Price Controls Says New Brookings...
Reimagined Pan-Mass Challenge Approaches $41M 2020 Fundraising Goal
Is Bitcoin Poised To Bounce Back After Its...
These ‘Temporary’ COVID-19 Changes Will Become Permanent
How Will Our Mental Health Be Affected By...
Selling A Business During A Pandemic: When Talented...
Top 10 Digital Transformation Trends For 2021
Two Veteran Entrepreneurs Aspire To Clean Up America’s...
PPP Forgiveness Applications Are Opening Up. Should You...
Best Domain Registrar
Free Tech For Black Founders Initiative Saves Startup...
Home Technology Overwatch League Countdown Cup Day 1 Highlights And Day 2 Schedule
Technology 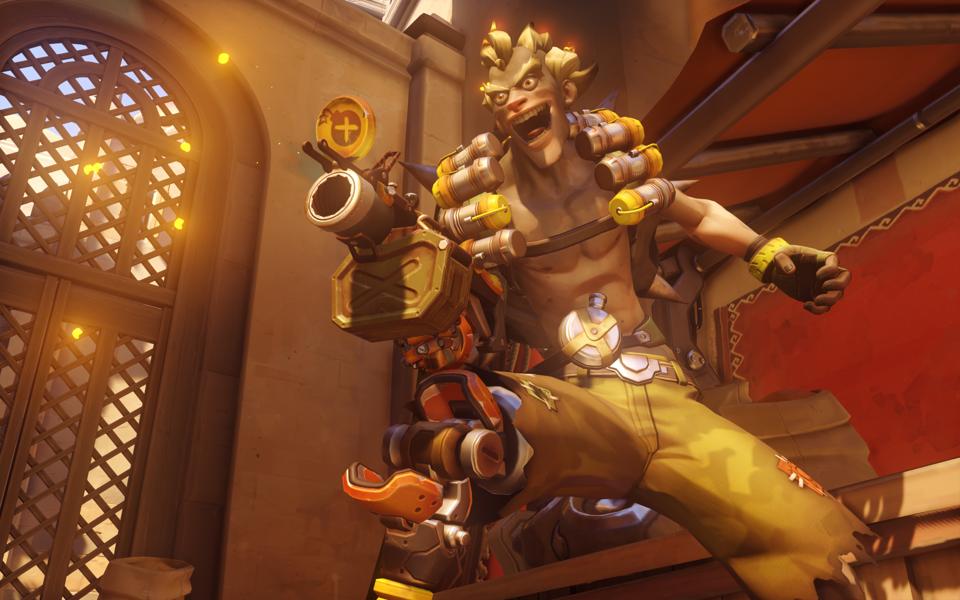 Junkrat saw a bit more playtime in the Overwatch League than we’re used to.

Caught your breath yet? It’s been an entertaining first 24 hours in the Overwatch League Countdown Cup. With the first round done and dusted for both North America and Asia-Pacific regions, we now know all of the matchups for day 2, including the APAC semi-finals.

Before we forge ahead, though, let’s delve into some highlights of the Day 1 action (which featured quite a bit more Junkrat than we’re used to seeing), along with the results.

Vancouver Titans were competitive throughout this match and played well, but it wasn’t their day. They generally looked great on their Numbani attack, but couldn’t complete the map. DPS players Niclas “sHockWave” Jensen and Dalton “Dalton” Bennyhoff in particular shone at times.

That wasn’t enough, as Atlanta Reign were able to secure the 3-0 win. Newcomer Garret “Saucy” Roland’s play on Genji was a huge factor in the team’s success on Friday.

Picking Houston Outlaws as their opponents seemed risky for Los Angeles Valiant, given how close the match between these two teams last week was. However, Valiant won in a sweep this time around.

The first map, Lijang Tower, was super tight, as Houston came within a couple of seconds of winning. Numbani was an entirely different story, with Valiant completely shutting down the Outlaws’ attack before plowing through Houston to victory.

Given all of the Dallas Fuel turmoil this week, I actually went with Washington Justice to win this one. They gave the Fuel a run for their money, going all the way to the third point of the fifth map. But, despite winning the first control map in the series, Justice couldn’t win out on Nepal.

Another five-map match to round out Day 1 of the North America Countdown Cup, and there won’t be another underdog tournament run for Toronto Defiant this time around. Without giving too much away, it’s safe to say this series ended with a bang.

The Overwatch League YouTube channel hasn’t posted highlights for Saturday’s APAC games yet, so here are full replays of those matches.

All times are in ET and are subject to change.

The winners of Shock vs. Fuel and Paris vs. Valiant will face each other in the semi-finals on Sunday, as will the victors of the the other two matches. The finals are scheduled for 5PM, with $50,000 and three bonus wins towards overall season records on the line.

The winners of those two matches will meet at 8AM in the final. Sorry about your Sunday lie-in plans.