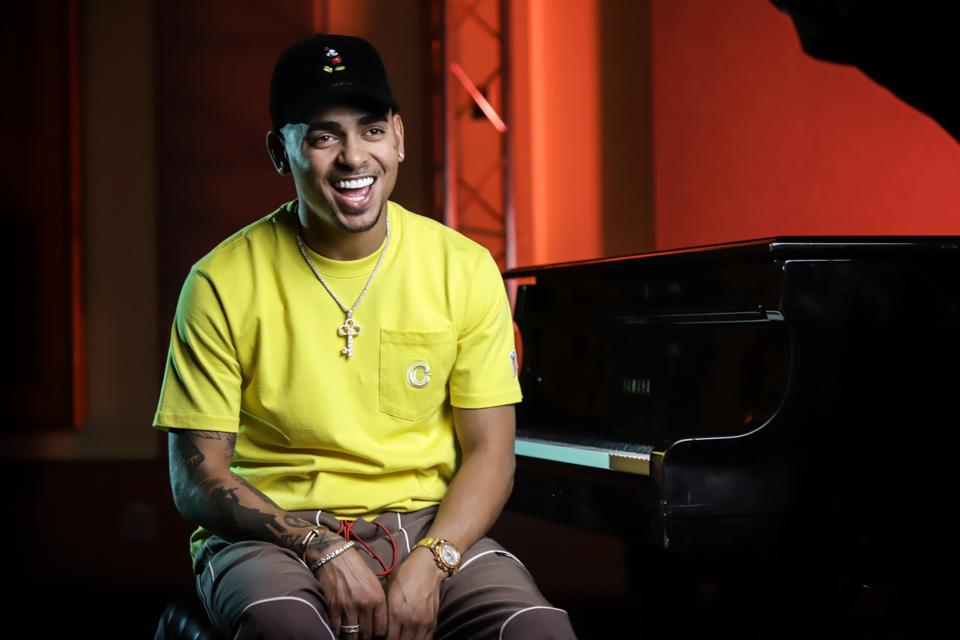 MIAMI, FLORIDA – NOVEMBER 20: Ozuna poses as he plays a song from his new album “Nibiru” at the Hit … [+] Factory Criteria Studio on November 20, 2019 in Miami, Florida. (Photo by John Parra/Getty Images)

Ozuna has finally released his third album, Nibiru. Along with a full fledge project, the Puerto Rican powerhouse also dropped concept visuals for “Fantasía” and “Nibiru.” “Fantasía” has over 6.2 million views on YouTube while “Nibiru” has 1.2 million views since its release on Thursday (November 28th).

In a recent interview with NPR, Ozuna said, “I chose the name Nibiru from the theory that the world will end [after an interplanetary collision] and I adapted it to my own personal concept: We make music to collide with the world and the public.”

He has also earned the most Billboard Latin Music Award nominations, garnering 23 nods across various categories. He has won the most honors with 11 in total.

Ozuna’s Aura peaked at No. 7 on the Billboard 200 and Odisea reached No. 22 on the same listing. His single “Taki Taki” with DJ Snake, Selena Gomez and Cardi B peaked at No. 11 on the Billboard 100 throughout its 26 weeks on the chart. He has had four No. 1 hits on the Hot Latin Songs chart, including “Te Bote” with Casper Magico, Nio Garcia, Darrell, Nicky Jam and Bad Bunny, “Taki Taki,” “Otro Trago” and “China.” Odisea and Aura both hit No. 1 on the Top Latin Albums.