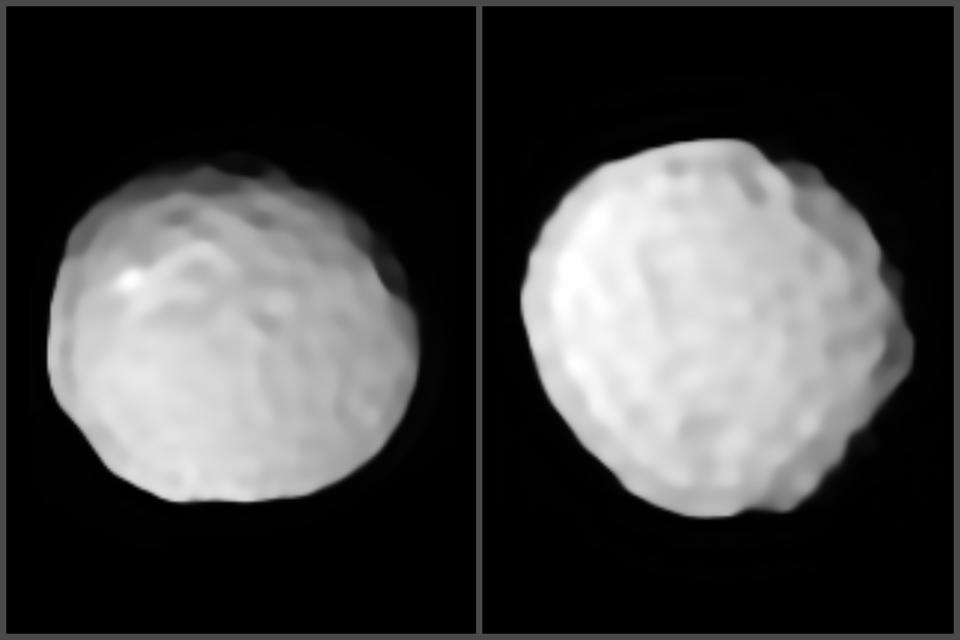 MIT-GoTwo views of the asteroid Pallas, which researchers have determined to be the most heavily … [+] cratered object in the asteroid belt.

Image courtesy of the researchers

New observations of Pallas, the third largest asteroid in the Main Belt, reveal a tiny world that is so pockmarked with craters that it resembles a high-end golf ball, maybe a Titleist or a Top-Flite.

“Numerous large impact features, including several craters with central peaks are ubiquitous on Pallas, forming a surface reminiscent of a ‘golf ball,’” astronomers detailing the observations note in a paper appearing the journal Nature Astronomy.

The observations —- made over a two-year period by the European Southern Observatory’s (ESO) Very Large Telescope (VLT) in Chile —- spot 36 craters larger than 30 kilometers in diameter — about one-fifth the diameter of Earth’s Chicxulub crater, the original impact of which likely killed off the dinosaurs 65 million years ago, the Massachusetts Institute of Technology (MIT) notes.  Some are thought to be as large as 120 km in diameter. The craters, which cover some 10 percent of the asteroid’s surface indicate a very violent collisional history over the course of the asteroid’s few billion years of existence.

“Pallas’ orbit implies very high-velocity impacts,” says Michaël Marsset, the paper’s lead author and a postdoc in MIT’s Department of Earth, Atmospheric and Planetary Sciences. “From these images, we can now say that Pallas is the most cratered object that we know of in the asteroid belt. It’s like discovering a new world.”

About one-seventh the size of our Moon, MIT reports that for centuries, astronomers have noticed that the asteroid orbits along a significantly tilted track compared with the majority of objects in the asteroid belt.

One solution is that Pallas’ pummeled surface is a result of the asteroid’s skewed orbit, says MIT.  While most objects in the asteroid belt travel roughly along the same elliptical track around the Sun, Pallas’s tilted orbit is such that the asteroid has to smash its way through the asteroid belt at an angle, says the institute.

“Pallas experiences two to three times more collisions than Ceres or Vesta, and its tilted orbit is a straightforward explanation for the very weird surface that we don’t see on either of the other two asteroids,” Marsset said in a statement.

The team also found one large impact, about 400 kilometers wide that their simulations indicate could be the result of a collision about 1.7 billion years ago by an object between 20 to 40 kilometers wide, says MIT. This impact may be responsible for the family of fragments seen trailing Pallas today, says the institute. 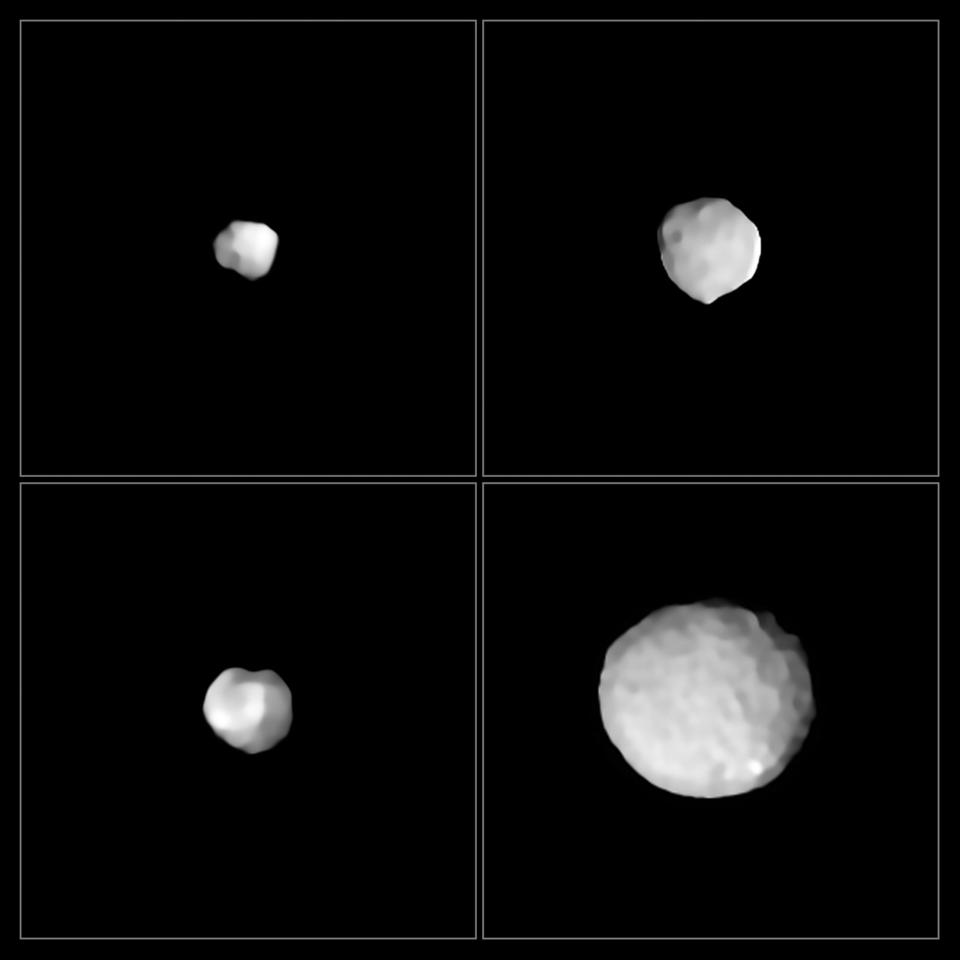 These images were taken by ESO’s SPHERE (Spectro-Polarimetric High-contrast Exoplanet REsearch) … [+] instrument, installed on ESO’s Very Large Telescope (VLT) at the Paranal Observatory, Chile. These strikingly-detailed views reveal four of the millions of rocky bodies in the main asteroid belt, a ring of asteroids between Mars and Jupiter that separates the rocky inner planets of the Solar System from the gaseous and icy outer planets.

“The equator excavation could very well relate to the current Pallas family of fragments,” study co-author Miroslav Brož of the Astronomical Institute of Charles University in Prague, said in a statement.

One supporting piece of evidence for this hypothesis may come from the Geminids — an annual shower of Earth meteors that are thought to be fragments of the asteroid Phaethon, which itself is thought to be an escaped fragment of Pallas, says the institute. Astronomers have long noted a range of sodium content in the Geminid showers, says MIT, which Marsset and his colleagues now posit may have originated from salt deposits within Pallas.

Alisson Becker; Liverpool Goalkeeper A Player Of The Year Candidate