Breaking
What To Look For In A Nursing Home...
Apple’s Radical iPhone 12 Upgrade Suddenly Confirmed
5 TikTok Growth Hacks You Need To Know
Zynga Stock Looks Attractive At $9
How Russian Thieves Use Dark Web To Get...
France Off Travel Corridors And FCO Exempt List
Ask Ethan: Why Are The Moon And Sun...
When To See The Moon And The Planets...
IRS-CI Involved In Largest-Ever Seizure Of Terrorist Organizations’...
The Check Really Is In The Mail. After...
Epic Games Vs Apple: Why You Won’t Be...
Senator Kamala Harris Proposed A Bold Tax Credit...
Deal Terms To Reduce The Risk When Buying...
Multiple Sclerosis Drug Shows Promise For HIV Prevention...
The Neglected Piece Of Retirement Planning
It’s No Longer A Viable Option For Capitalism...
Home Technology ‘Panzer Dragoon: Remake’ Switch Review: The Will Of The Ancients
Technology

‘Panzer Dragoon: Remake’ Switch Review: The Will Of The Ancients 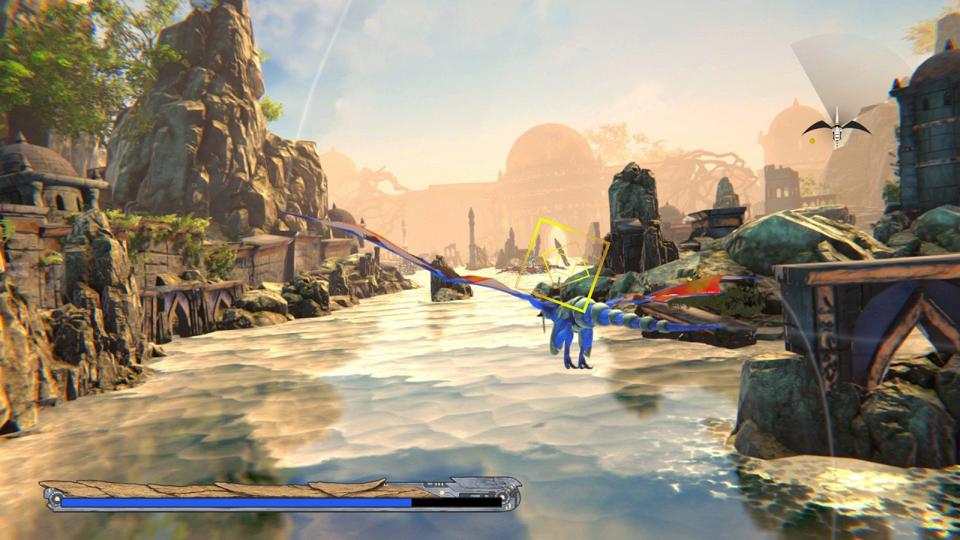 Back in 1995, the original Panzer Dragoon was released on the then-new Sega Saturn. A unique on-rails shoot-em-up set in a mysterious and far off future, it captivated gamers the world over. Now, it’s been remade for modern consoles and it’s very faithful to how the original game played.

Panzer Dragoon was a remarkable game for its time and was one of the first 3D games for home consoles. What made it special was how you could switch views around your dragon, emphasizing the fact that you were in this new type of 3D world.

As an on-rails shoot-em-up you had two modes of fire; the standard rapid-fire pistol that fired straight along your reticle or a homing laser that was fired from the dragon’s mouth after selecting various targets with the same reticule. It was and still is a very simple and direct setup.

However, what made Panzer Dragoon so fascinating was its intricate backstory and very deep lore. This was because the game was set millennia after a technologically advanced race of Ancients had died out, leaving the landscape full of cyber genetically enhanced monsters. 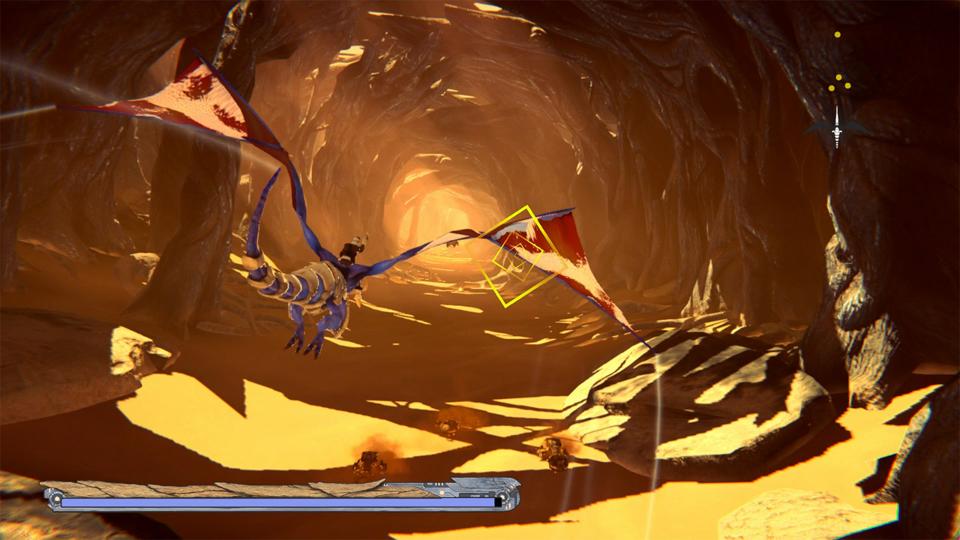 The levels have had a lot of work put into them but they play almost the same as the Sega Saturn … [+] original.

As for this remake, this is not the first time we have had the original Panzer Dragoon updated, as the Sega Ages port on the PlayStation 2 did a nice job of recreating the original Saturn version.

However, this remake is quite different in terms of the visual side of things, as the game has received a very nice graphical makeover that is still very much in-line with what the original Saturn game attempted to do back in 1995.

Admittedly, they could have pushed the visual side of things further but what we have here is a massive improvement as to the environmental layout and overall visual setting.

The game though, that’s been left pretty much as is and this is where this remake will divide people. Personally, I am glad they took this route and kept the gameplay as is. In that, Panzer Dragoon is a historically important game in a cultural sense and much of that was also down to how it handled its gaming functionality. 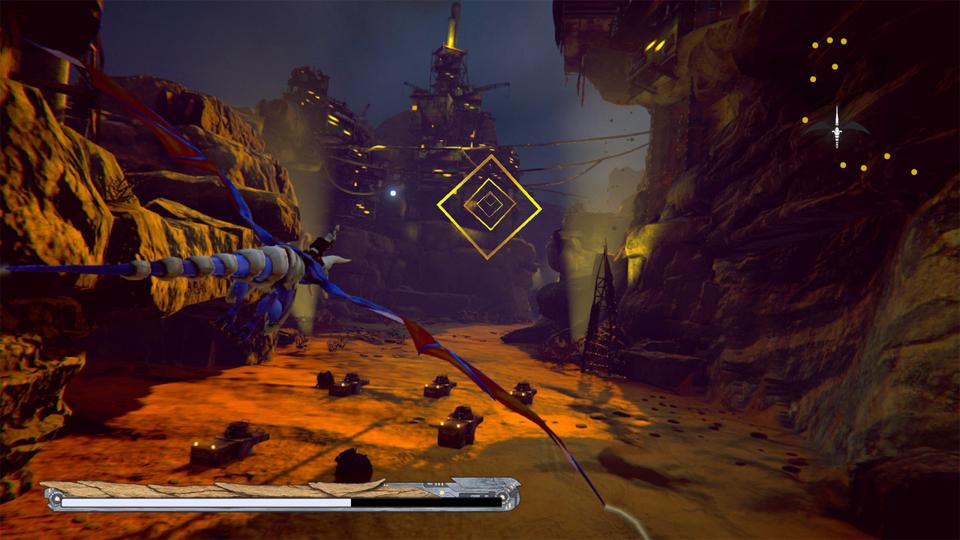 Some of the later levels are far more involved visually than the original game but still faithful in … [+] tone.

That means, if you pickup this remake and expect a more modern take on an on-rails shoot-em-up then you will likely be left disappointed.

Admittedly, there have been some concessions made to this with the addition of a Modern control configuration, which splits move and look to the left and right analog sticks respectively, but I would recommend against playing the game this way.

The original setup, called Classic in this remake, maps both move and look to the left analog stick and fire to the face buttons. This is what the original game was balanced and crafted to and this remake retains that.

So this means that if you wanted to have this remake of Panzer Dragoon to handle more like Panzer Dragoon Orta, the base game would have to be dramatically changed to accommodate that and you would have lost how the original game played in the process. 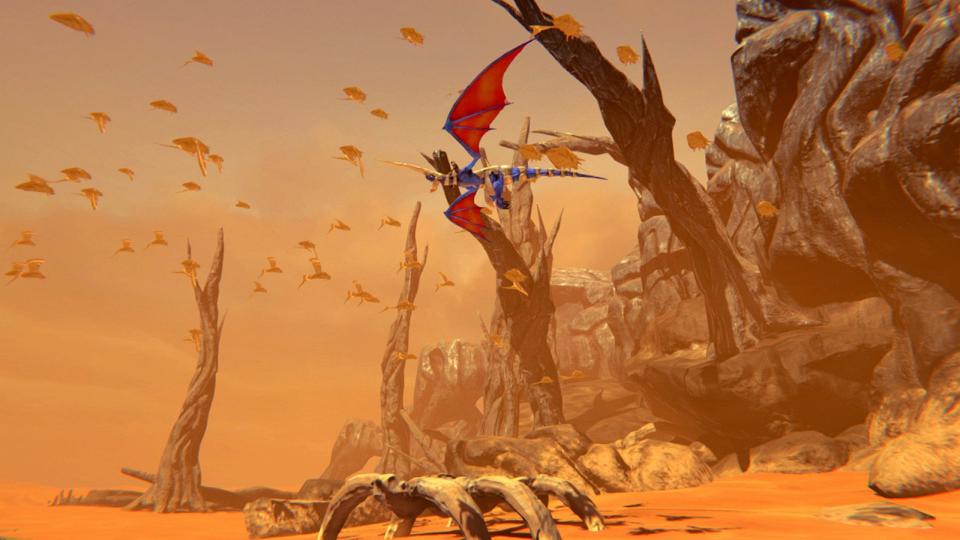 The world of ‘Panzer Dragoon’ has been brought back to life in a new and visually vibrant way.

This is not to say that being this faithful is not without its faults, as it can be quite awkward to play at times but if you stick with it and learn how the setup works, you will be pleasantly surprised with the result.

There are also plans to patch the game with more content, including an updated musical score by the brilliant Saori Kobayashi, who worked on both Panzer Dragoon Saga and Panzer Dragoon Orta. Not to mention including gyroscopic controls, which I am sure will be interesting. However, I would like to see an option that slightly increases the lock-on reticule size, if possible.

Overall, this is a very faithful remake of a classic and beloved shoot-em-up with a fascinating world setting, now brought to life in a new and visually vibrant way. There is a definite learning curve here though, even for such a simple and direct control setup, but it’s worth sticking with and becoming The Divine Visitor the world needs.

Disclosure: I bought a copy of this game with my own money.

People Have Been Flocking To Rural Areas During COVID-19 Lockdowns