Breaking
Behind The Curtain—Chapter 11 From The Inside—Chapter 10—The...
Three Classic Ways To Get New Business
With Hope, Perseverance And Faith, Two Friends Are...
Exxon Mobil Shares Cross 10% Yield Mark
T-Mobile for Business BrandVoice: From Sci-Fi To Everyday...
How To Move Your Career Forward By Making...
A Conversation With Jill Houghton, President And CEO...
VW’s Electric ID.4 Lands In Q1 2021 With...
Would Biden Enact Broad Student Loan Forgiveness? These...
Why You Must Slay Your Mindset And Stop...
Surviving The Pandemic With Your Culture Intact: How...
The Disruption Of The Consulting Industry Is Here
Remote 101: How To Create Meaningful Connections For...
How To Reassess Your Finances To Align Your...
7 Things Every Entrepreneur Should Automate
Volkswagen’s Truck Unit Ties Up With TuSimple On...
Home Business Paraguayan Authorities Decide To Keep Barcelona Legend Ronaldinho Imprisoned Following Court Hearing
Business 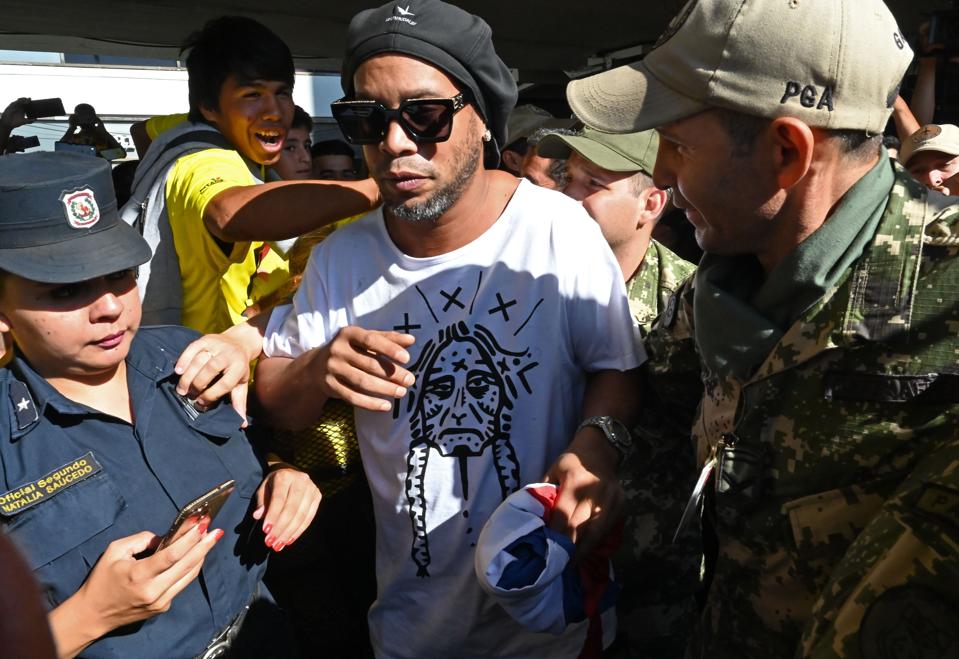 Authorities in Paraguay have decided to keep FC Barcelona legend Ronaldinho and his brother imprisoned.

Detained since Thursday night in the South American country, the World Cup winner was made to sit through a hearing this Saturday, which, as relayed by Globoesporte’s Martin Fernandez, lasted for more than four hours.

At its conclusion, it was ruled that Ronaldinho and his sibling agent Roberto would be kept in detention for the use of false passports.

More specifically, the aptly-named local prosecutor Osmar Legal asked for the Brazilians not to be set free due to the “risk of escape” and the fact that Brazil “does not extradite its citizens”.

By the defence, it was claimed that Roberto has a heart problem and needs to receive medical care in his homeland. Failing to present exams or medical certificates as required by local law however, a request for house arrest was turned down.

Also during the hearing, according to Fernandez, who has travelled to Paraguay for Globoesporte to monitor the latest developments, Ronaldinho’s lawyers filed an appeal to challenge the decision by judge Mirko Valinotti to press charges on Thursday evening, when the former Selecao forward was confornted at the luxury hotel he had been invited to stay at.

Thus far, three individuals have already been charged following investigation, who are namely the businessman Wilmondes Sousa Lira, earmarked by Ronaldinho’s legal team as being responsible for the false passports, plus Paraguayans Maria Isabel Galloso and Esperanza Apolonia Caballero. 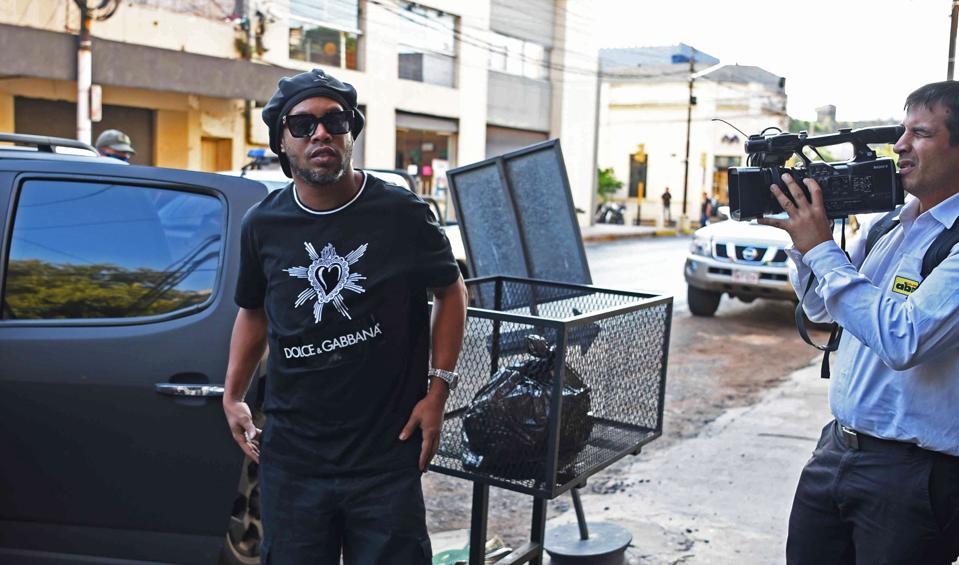 Brazilian retired football player Ronaldinho arrives to Asuncion’s Prosecution to declare after his … [+] irregular entry to the country, in Asuncion, Paraguay, on March 5, 2020. – Former Brazilian football star Ronaldinho and his brother have been detained in Paraguay after allegedly using fake passports to enter the South American country, authorities said Wednesday. (Photo by NORBERTO DUARTE / AFP) (Photo by NORBERTO DUARTE/AFP via Getty Images)

Arriving in the capital Asuncion on Wednesday morning for Ronaldinho to participate in an NGO event, the brothers were, as mentioned, invited to stay at businessmen Nelson Belotti’s hotel and casino.

Their passports catching the attention of the local authorities, and not even required as Brazilians can travel with their national ID cards around neighbouring countries, the suspects were not immediately arrested but kept under watch until they could testify.

Asked to pose for selfies with local police, dramatic scenes then played out as Ronaldinho was later handcuffed and taken off to court this morning after spending Friday night in the cells.

A low point for the retired 39-year-old set to turn 40 in March, it remains to be seen whether he will still feature in a Barça legends fixture in August at the Camp Nou, or assume a position at the club as hinted late last year, following this embarrassing episode.

An ambassador for tourism appointed by far-right president Jair Bolsonaro, despite not being allowed to own a local travel document over fines deriving from a land dispute, the debacle has been absurd even by Ronaldinho’s lofty standards.