Breaking
Can You Settle Your Student Loans Or Negotiate...
How to Use Amazon Attribution For Ad Campaigns
How To Quickly Start And Scale Your Business
Terra Virtua: What NFTs Can Teach Us About...
5 Easy Steps To Prepare Content For E-A-T...
Physical Inactivity Linked To More Severe Covid-19 Infection...
The 2021 Estimated Tax Dilemma: What Tax-Return Pros...
Want To Digitally Transform Your Business? Start With...
How to Optimize Google My Business and Leverage...
Debunking Link Building Myths in 2021
How, When And Where You Can Gaze At...
SBA Opens $16.2 Billion Shuttered Venue Operators Grants...
What are the Essential Features of a Small...
Trends In Executive Recruiting That Will Help You...
The Growing Case For Banning Pesticides Linked To...
The Reopening High – But Long-Term Issues Cloud
Home Technology Parasitic Leeches Present A New Threat To Endangered Mussels
Technology 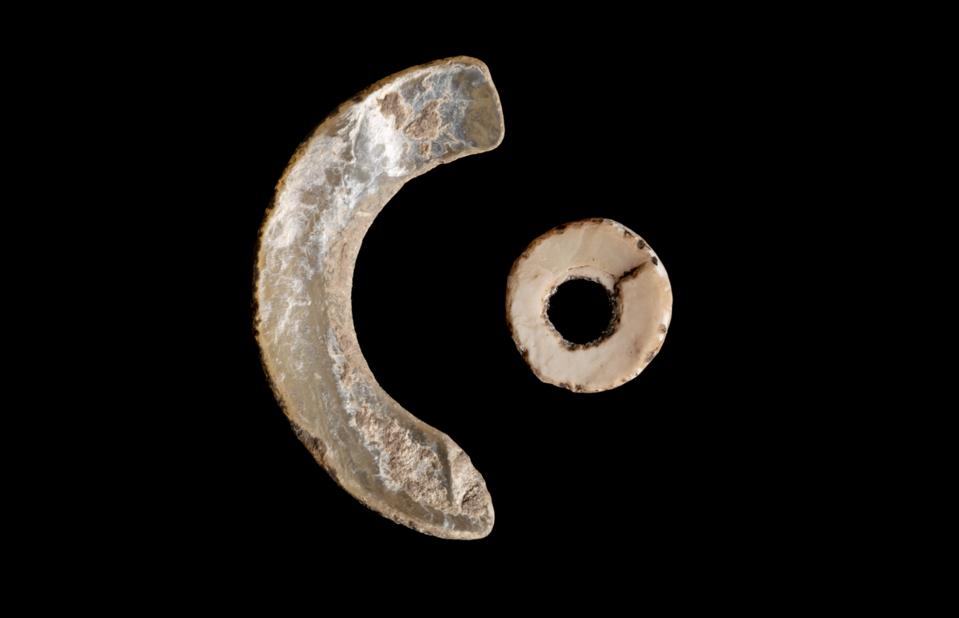 Freshwater mussels cut by the Maya and sewn into clothing for use as sequin-like “sparklers”.

North American freshwater mussels were first recognized for their commercial value in the 1800s by the American button industry. The mussel’s pearly shell was used for buttons while the meaty interior was used in livestock feed. By 1912 there were nearly 200 button factories across the country making over one billion buttons a year. The industrial use of these mussel shells, coupled with the simultaneous degradation of their freshwater habitats due to rapid industrialization, led to major declines in freshwater mussel populations.

Beyond their marketable functions, mussels also have important environmental roles. Like other bivalves, mussels are filter feeders. For food, mussels pull microscopic phytoplankton out of the passing water. Through this filter feeding process, mussels also collect suspended particles and pollutants from the surrounding water, thereby cleaning up the water column. 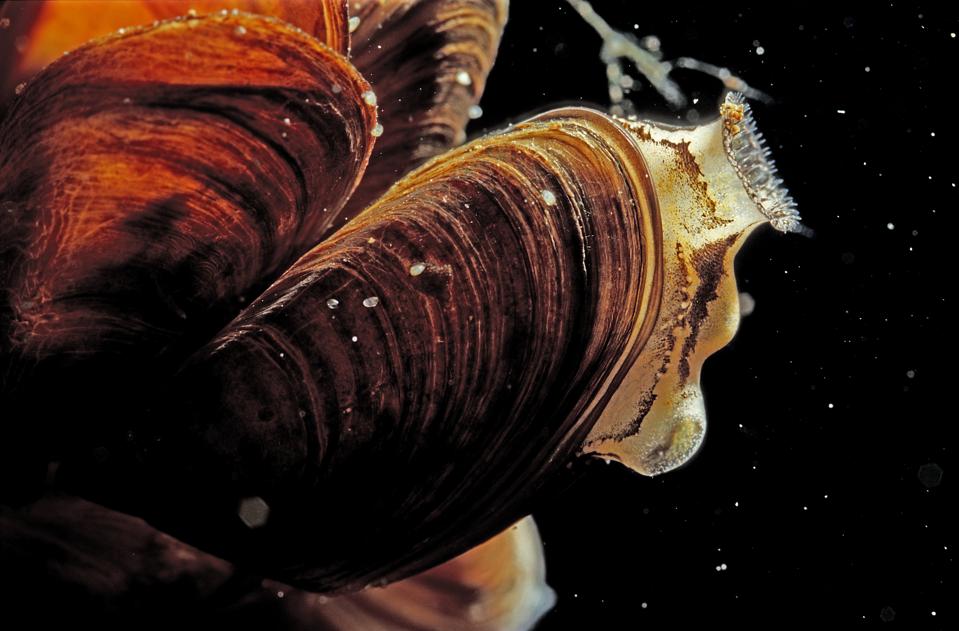 This same filter feeding also makes mussels particularly sensitive to water quality. The loss of mussels from an ecosystem typically indicates poor water quality, such as chronic water pollution. What’s more, the collection of toxins within mussels can be measured to determine not only which toxins are present in a given water system, but also when the toxins first appeared, helping determine the source of a water contamination.

Even the mussel’s shells are important to the surrounding ecosystem. When a mussel dies, leaving a vacant shell behind, other animals use the shell for habitat and protection.

While these freshwater mussel declines began with the commercial exploitation of mussels for their pearly shells, mussel populations also suffer from habitat degradation, river pollution, and climate change. However, researchers now have a new concern regarding the future of freshwater mussels: leeches. 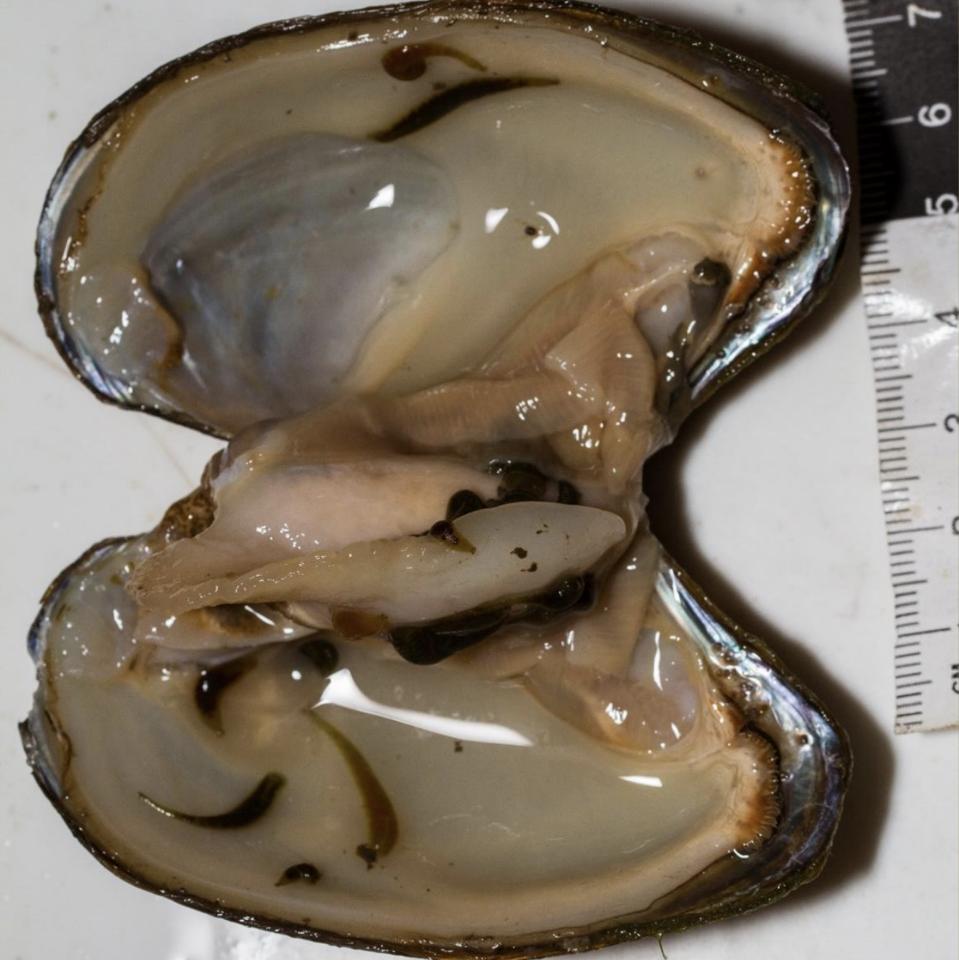 Leeches were first discovered within freshwater mussels in the 19th century, but were initially thought to only be accidentally inside the mussels, or to only be using the mussels for shelter. The idea that these leeches were feeding on the mussels was dismissed.

In research recently published in Nature Scientific Reports, scientists describe their discovery of seven new leech species that live within freshwater mussels. Prior to this new discovery, only two species of freshwater mussel leeches were known.

Of the over 3,000 freshwater mussels tested, researchers found 12% housed leeches. Upon further investigation, these leeches were discovered to represent nine new species. Seven of these new leech species are considered to be ‘mussel-associated’ leeches, meaning these leeches require freshwater mussel hosts to survive. These parasitic leaches were discovered in mussels in East and Southeast Asia, India, Nepal, Africa, and North America.

It is not yet understood how costly these parasitic leeches are to their freshwater mussel hosts. However, given the imperiled status of freshwater mussels around the world, scientists hope to further understand the many threats these animals face.

Bellator 237: How to Order And Watch The Event