Breaking
How The US Department Of Health & Human...
Why Do Chinese Companies List Their Shares In...
Can You Get Covid-19 Coronavirus From Food? Frozen...
Winklevoss Twins Tell Bar Stool’s Dave Portnoy To...
Berkshire Hathaway Doubles Down On Net Lease REIT,...
70% Of Americans: Ban Foreign Apps
This Week In Credit Card News: Pandemic Brings...
Three ‘Big Impact’ Surprises That Could Slam Stocks,...
Quantum Computing: What Does It Mean For AI...
5 Questions With Jonathan ‘Magar’ Martinez Cannabis Curing...
5 Concise Questions With Jonathan “Magar” Martinez Cannabis...
Lessons From The Frontlines: Preparing A Global Vaccine...
Behind The Curtain—Chapter 11 From The Inside—Chapter 4—First...
What To Look For In A Nursing Home...
Apple’s Radical iPhone 12 Upgrade Suddenly Confirmed
5 TikTok Growth Hacks You Need To Know
Home Technology Paris Diary: No, Romantic Paris Is Not The Most Dirty Capital In Europe
Technology

Paris Diary: No, Romantic Paris Is Not The Most Dirty Capital In Europe

For Brits, romantic Paris is the most dirty capital in Europe. At least that is the way they continue to portray it, though it is far from being a fact.

Take the report last September in The Observer, which deemed Paris “grubbier than ever”, and “the dirty man of Europe”. That title actually goes to Sofia–or to Rome, according to Eurostat, which provides statistics to the European Union institutions.

Indeed The Observer reporter seems to have gone out of her way to sniff out the filthiest corners of Paris (many cities have them), and project those as the Paris reality. Rather than the exception. 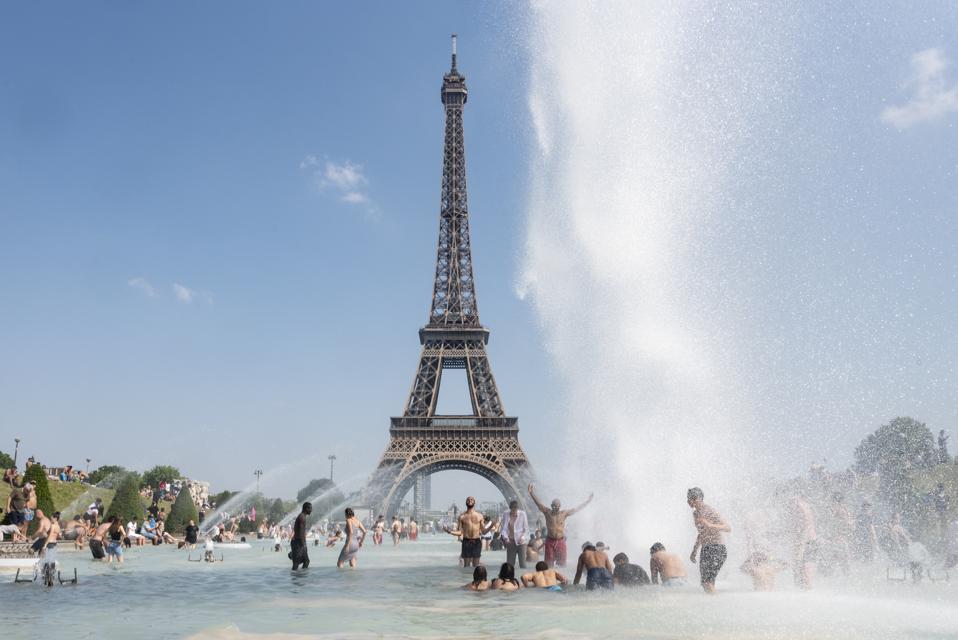 With some 19 million tourist arrivals in Paris in 2019, besmirching in the English press about Paris … [+] being the ‘dirty man’ of Europe does not seem to have done any harm to the French capital

Paris Has Seriously Cleaned Up It Act

When I first moved to France, in the mid-1990s, the picture was very different.

“If you can survive all the piss, poop and spit, then Paris is ok.” That was the astute observation from a family member on their first visit to see me.

Over the past few years, I have been under the impression that Paris is really cleaning up its act. Every one of my visitors last year in Paris confirmed that, and expressed their surprise at how clean the city was. Clearly they were not expecting it to be. No doubt because they had been reading negative reports, painting the “ville poubelle” (trashcan city) in an exaggerated negative light.

Were I and all of my recent guests mistaken about Paris’s cleanliness record? Were we wearing rose-coloured glasses? I don’t think so … though of course it depends which arrondissement you are wandering about. There are definitely some neighbourhoods in need of a propreté pick-me-up.

Don’t get me wrong. I definitely see problems with cleanliness, that distress me, as they do other travelers: people peeing in the streets; people throwing cigarette butts and other rubbish from car windows. Yet in my experience, flitting back and forth over the Channel over the past three years, I have found much of central Paris far cleaner than parts of London.

Wandering around the East End in particular, there seemed to have been a bit of a role reversal going on with respect to Paris. Again, this feeling was reinforced on talking with friends and tourists who find London in need of some municipal waste management TLC … Not forgetting that The Telegraph once declared London as the “dirtiest” city. Make up your mind at least. 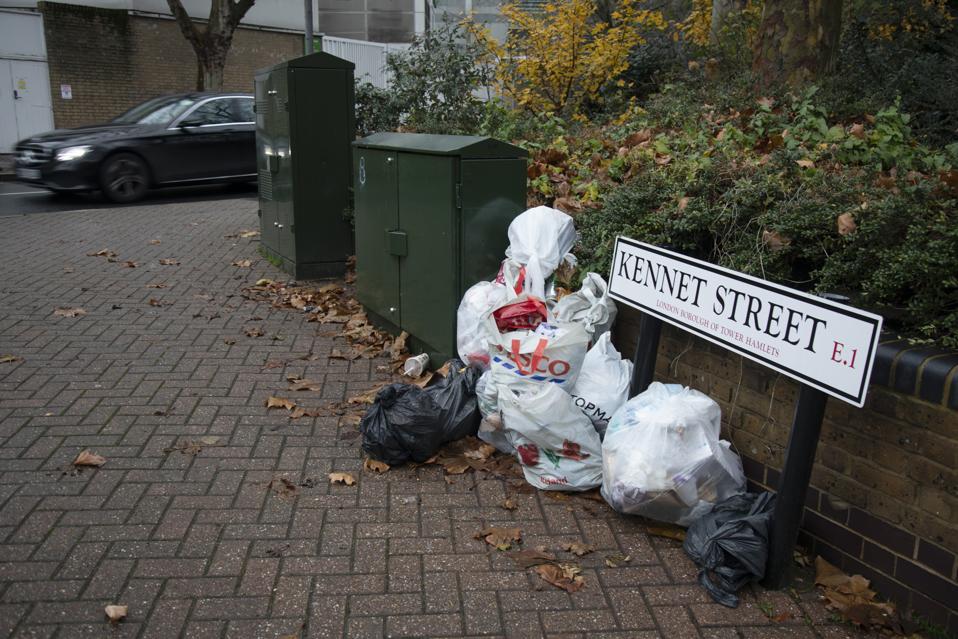 Beware the pot calling the kettle black. Rubbish dumped on the street in Wapping in November 2019 in … [+] London. Waste left on the street is a leading cause of litter in the UK.

There Will Be No Spick And Span Showdown Between Paris & London

In the end, neither can claim the title of the cleanest, or most filthy city. In a recent survey of people’s satisfaction with their city’s cleanliness in Europe, both London and Paris fell way short of champions, Luxembourg and Vienna, but were well ahead of the EU’s dirtiest cities, Rome, Madrid–even Berlin and Budapest. In other words, neither are in a position of giving the other a lesson here.

Similarly the 2019 Quality of Life Index for London and Paris has them almost on a par, though with Paris just slightly ahead.

So why do the Brits almost compulsively paint Paris as a dirty city? I’ve often thought it comes down to envy, and historic cousin-like rivalry and squabbles.

The English harbour a deep French loathing, which has been talked up in the English press for years. In major newspapers, such as the Telegraph’s article 30 reasons why we hate the French.

The same cannot be said about rampant negative portrayals of the English in the French press. No sooner are English journalists back from their paid press jaunts to Paris, laden with wine and cheese, and they set about slamming the City Of Light–more as the City of Plight. Ooh la la pongy Paris!

I think the English are unsettled by the quiet confidence of the French, which they choose to portray as arrogance. So any opportunity to get even, including wrongly slamming Paris as Europe’s filth capital. As Professor David Walker, Emeritus Professor of French at the University of Sheffield once noted: “The fact is that the English are constantly in denial about their own identity, and the French show us what we really are–or could be if we let ourselves go.” 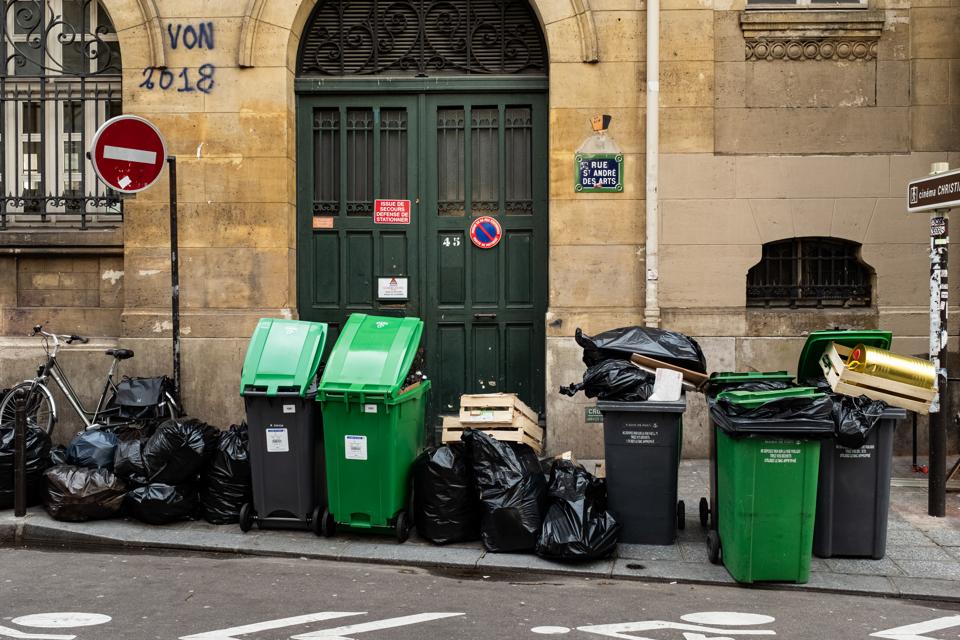 Sure you will scenes like this in Paris too. But be aware, the streets invaded by garbage cans are … [+] during a strike by garbage collectors and waste collection services on Tuesday, February 4, 2020.

So Should Travelers Expect A Clean Paris Or Not?

It depends. On your yardstick, and expectations. (And who’s been getting inside your mind…)

The Paris polemic (dirty vs. clean) will go on, for as long as there are resident American university professors in the city who portray it as “a mess”, yet American, and Australian and Canadian tourists who say “I do not understand what people are on about. I have never found Paris to be dirty at all.”

Then there are those kind of in the middle who argue: “Hey some may find Paris a bit dirty, but it’s still the most romantic city in the world.”

No matter how hard they try, the English press apparently can’t convince tourists that the city of romance has been spoiled. Just ask the 19 million plus who visited the City of Light in 2019.