Breaking
How To Get Your Startup Business Off The...
How To Create A COVID Safe Construction Site
How to Make a Good First Impression at...
Best Legal Practices For Reopening Sports Venues During...
Why Now Is A Good Time To Start...
Here’s Why Texas Instruments’ Stock Growing Almost 2x...
LinkedIn’s 50 Best Startups To Work For In...
3 Marketing Mistakes Holding You Back From Hitting...
Is The Matter In Our Universe Fundamentally Stable...
Majority Support Covid-19 Price Controls Says New Brookings...
Reimagined Pan-Mass Challenge Approaches $41M 2020 Fundraising Goal
Is Bitcoin Poised To Bounce Back After Its...
These ‘Temporary’ COVID-19 Changes Will Become Permanent
How Will Our Mental Health Be Affected By...
Selling A Business During A Pandemic: When Talented...
Top 10 Digital Transformation Trends For 2021
Two Veteran Entrepreneurs Aspire To Clean Up America’s...
PPP Forgiveness Applications Are Opening Up. Should You...
Best Domain Registrar
Home Social Media Parler Attacks Rivals As Trump Campaign’s Social Media Wars Continue
Social MediaTechnology

Parler, the right-leaning or libertarian social media platform positioning itself as an alternative to Twitter, criticized Facebook recently for censoring a message from President Trump’s re-election campaign. The messages in question called for students to return to in-person school this autumn despite the presence of the Coronavirus.

As an alternative to Twitter, Parler first rose to media notoriety after starting its #Twexit campaign — a call for users to escape alleged Twitter censorship by abandoning the massive social media platform. More recently, Parler publicly bashed Facebook for removing a post by President Trump containing a television interview in which he discussed the safety of children in the face of Covid-19. 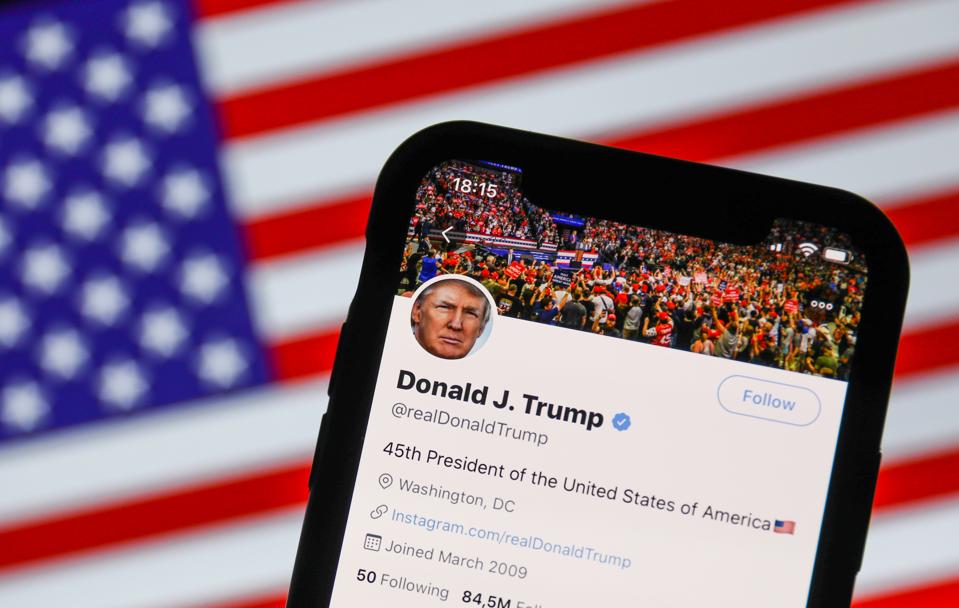 Parler, a rival of Twitter, criticized its social media rivals for censoring message from the Trump … [+] Reelection Campaign.

According to the Trump campaign, the Center for Disease Control stated that the developmental harm to children caused by keeping schools closed far outweighs their risk from Covid-19, citing data showing that children are a substantially lower transmission risk. The CDC also reports the mortality rate for children who contract Covid-19 is between 0 and 0.8%.

The Parler CEO, John Matze, says President Trump was conveying a position shared by the CDC, making a statement that Facebook had no call to censor the statement.

“Facebook and Twitter are full of imprecise, inaccurate, even hyperbolic statements,” Matze alleged. “Part of being a rational adult is hearing these kinds of statements, thinking about them critically, and deciding for oneself what to believe.”

He added Facebook’s actions amount to corporate censorship attacking the messages of a sitting President. 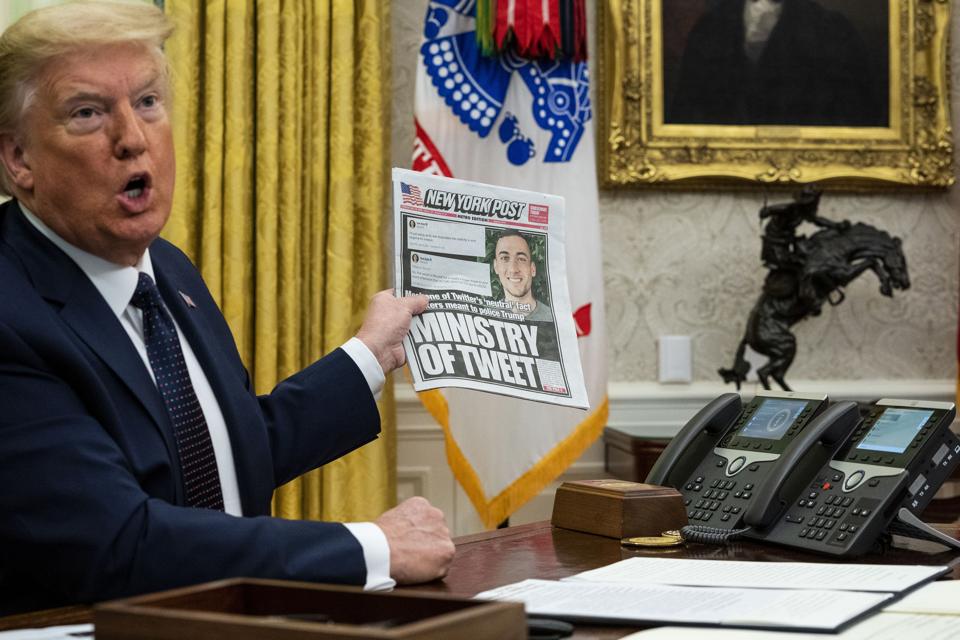 “Free people have the right to hear and decide for themselves. Anyone who’s sick of technoauthoritarians deciding what they can or can’t hear should #Twexit. Delete Facebook, and join our free and open Public Square at Parler.”

There was no official public response from Facebook or Twitter regarding Parler’s accusations or its claims that its rivals seek to hinder the Trump reelection campaign by taking down posts and other messages.face

Democrats’ $1 Trillion Relief Fund Will Backfire And Burn Your Pocketbook