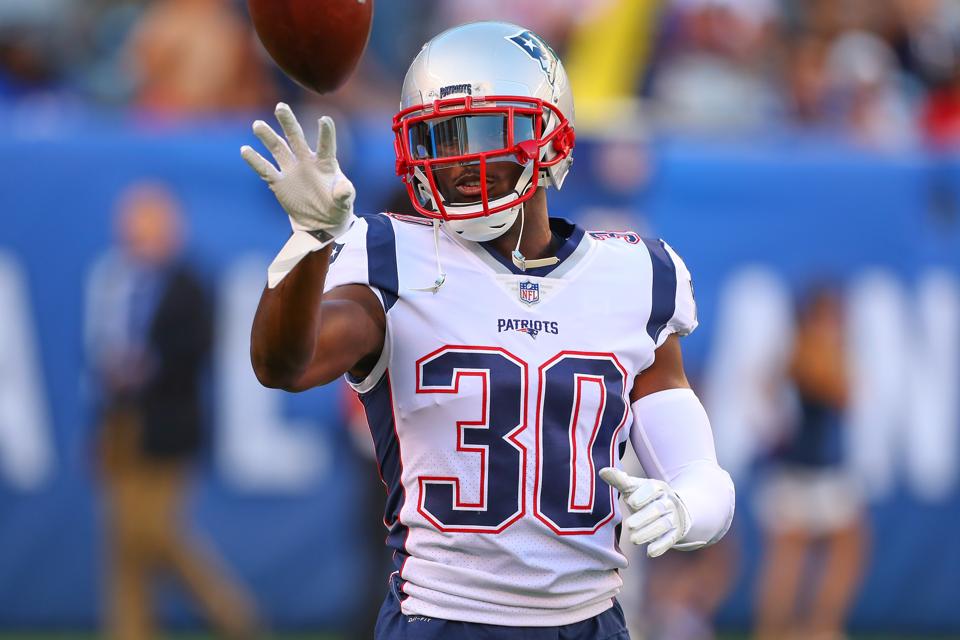 The New England Patriots have options at cornerback. Whether or not to exercise Jason McCourty’s was one.

But the eldest statesman on the depth chart shouldn’t be departing from it in the coming weeks.

Moving on would have netted the Patriots $3.75 million in cap savings to go with $1.75 million in dead money. Instead, McCourty’s upcoming $5.5 million cap charge will be taken on.

That charge stands outside the league’s highest 30 at the position, according to Over The Cap.

It’s a value at a position that remains intact.

No Patriots cornerback is scheduled to become a free agent when the new league year opens at 4 p.m. ET March 18. J.C. Jackson, Justin Bethel and February addition Lenzy Pipkins join McCourty in the New England inventory for next season. Reigning AP NFL Defensive Player of the Year Stephon Gilmore and D’Angelo Ross are signed through 2021. As for extended nickelback Jonathan Jones and recent second-round investment Joejuan Williams, both are under contract through 2022.

Only the Baltimore Ravens check in ahead in terms of current corner spending.

McCourty will turn 33 during training camp on the Gillette Stadium backfields. He’ll do so with north of 150 games on his NFL odometer.

A flier in the spring of 2018, the Patriots acquired McCourty from the Cleveland Browns by dropping down from pick No. 205 to No. 219 overall. Subsequent months brought a structured role under restructured terms. And by last spring, the veteran Rutgers product found himself penning a two-year, $10 million pact to stay in New England.

This past year saw McCourty start 10 games for a defense that topped the league in points allowed and interceptions before a groin injury sidelined him. The 2009 Tennessee Titans draft choice would be among the Patriots’ actives only twice more from late November through January’s AFC wild card.

But he’d finish with 40 tackles, six passes defensed and one interception while playing 47% of the downs. And he’d rank ninth among qualifying NFL cornerbacks in opposing passer rating, per Pro Football Focus, behind the coverage of aforementioned teammates in Jackson and Gilmore.

Offseason surgery followed. It’s a wait to see what will with longtime Patriots safety and captain Devin McCourty, who nears unrestricted waters having completed a five-year, $47.5 million agreement.

Yet at cornerback, the items on New England’s shelf are on track to be what they were.

Having options doesn’t preclude the restocking of another.

What To Do When Your Boss Won’t Give...

Twenty One Pilots, Selena Gomez And The Killers:...

Broke Argentina Sticks It To The Man

Deep Learning: What You Need To Know