Patriots End An Era At Kicker With Release Of Stephen Gostkowski 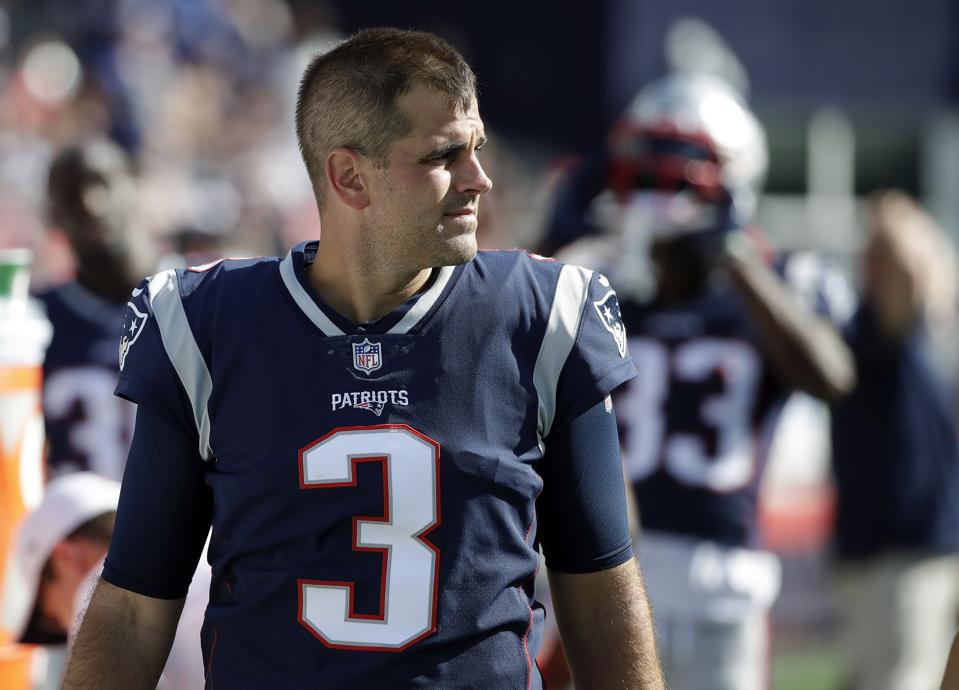 The New England Patriots selected four prospects ahead of Stephen Gostkowski in the 2006 NFL draft.

The kicker out of Memphis played in 204 all his own, if excluding 28 playoff contests.

But Gostkowski’s run in New England ended Monday with his release. It’s a run that ends after 14 years and as not only the franchise’s longest-tenured player after quarterback Tom Brady became a Tampa Bay Buccaneer, but as the franchise’s all-time scoring leader.

On the heels of Adam Vinatieri, the fourth-round arrival went on to kick off in six Super Bowls and win three.

The Patriots signed Gostkowski to a two-year, $8.5 million contract last April. But his 2019 season finished on injured reserve after four contests. An injury to Gostkowski’s left hip gave way to surgery, and it gave way to unfamiliar territory for New England.

“Look, through the years I’ve been lucky,” Patriots head coach Bill Belichick said in his October press conference after Gostkowski went to IR. “We have had a lot of stability. There’s no doubt about that. But, look, sometimes things happen and you have to make changes like you do at any other position. You do the best you can. Steve Gostkowski’s one of the greatest kickers of all time. He’s been great for this franchise.”

Free agents in Mike Nugent, Younghoe Koo, Nick Folk, Josh Gable and Kai Forbath had all agreed to terms by time the calendar turned to 2020. And by then, Folk was back for a second Patriots stint after undergoing an emergency appendectomy.

The 35-year-old Folk, who remains unsigned at this time, is one option for New England ahead of a draft that features Georgia’s Rodrigo Blankenship, Georgia Southern’s Tyler Bass and Utah State’s Dominik Eberle.

But Gostkowski’s lone missed action prior to 2019 came at the start of that decade, when a thigh injury left the kicking operation at the feet of current Michigan State special teams analyst Shayne Graham for the remaining eight games.

Gostkowski was set to carry a cap number north of $4.8 million in the final year of his contract. Of which, $2 million was guaranteed for a specialist who turned 36 in January.

His release, which was first reported by Jim McBride of the Boston Globe, stands as the first release the Patriots have made since the new league year began on March 18. It creates $837,500 in cap space for New England, according to the Boston Sports Journal’s Miguel Benzan.

Gostkowski accounted for 1,775 points during his Patriots career. An additional 205 points transpired in the postseason, ranking second in NFL history behind his predecessor’s 238.

But a new era begins at a position that has seldom needed one. At least not since pick No. 118 overall in 2006.

Five Upgrades The Browns Can Still Make This Offseason

The Only One Business Show – The Self-Reliant...