Breaking
The Impact of Internships in Marketing
3 use cases of chatbots for critical services
How To Make Working From Home Appeal To...
Tips on How to Design an Office Space...
4 Tips To Help Build Amazing Customer Relationships
How Are US Pension Funds Responding to the...
Benefits of second-hand cars for your business
4 Reasons Why Your App Needs To Undergo...
Your Guide to Online Marketing
How to find a Solicitor in London
5 car tyre and safety tips for a...
Everything You Need to Know About Corporate Social...
Is Adaptive Leadership the Key to Motivating Employees?
Why business events are set to return with...
Business events set to return with a bang!
Expanding Internationally: 5 Things to Consider for eCommerce...
Home General Peloton And Zoom Lead The Stock Market Parade This Year
General

Peloton And Zoom Lead The Stock Market Parade This Year 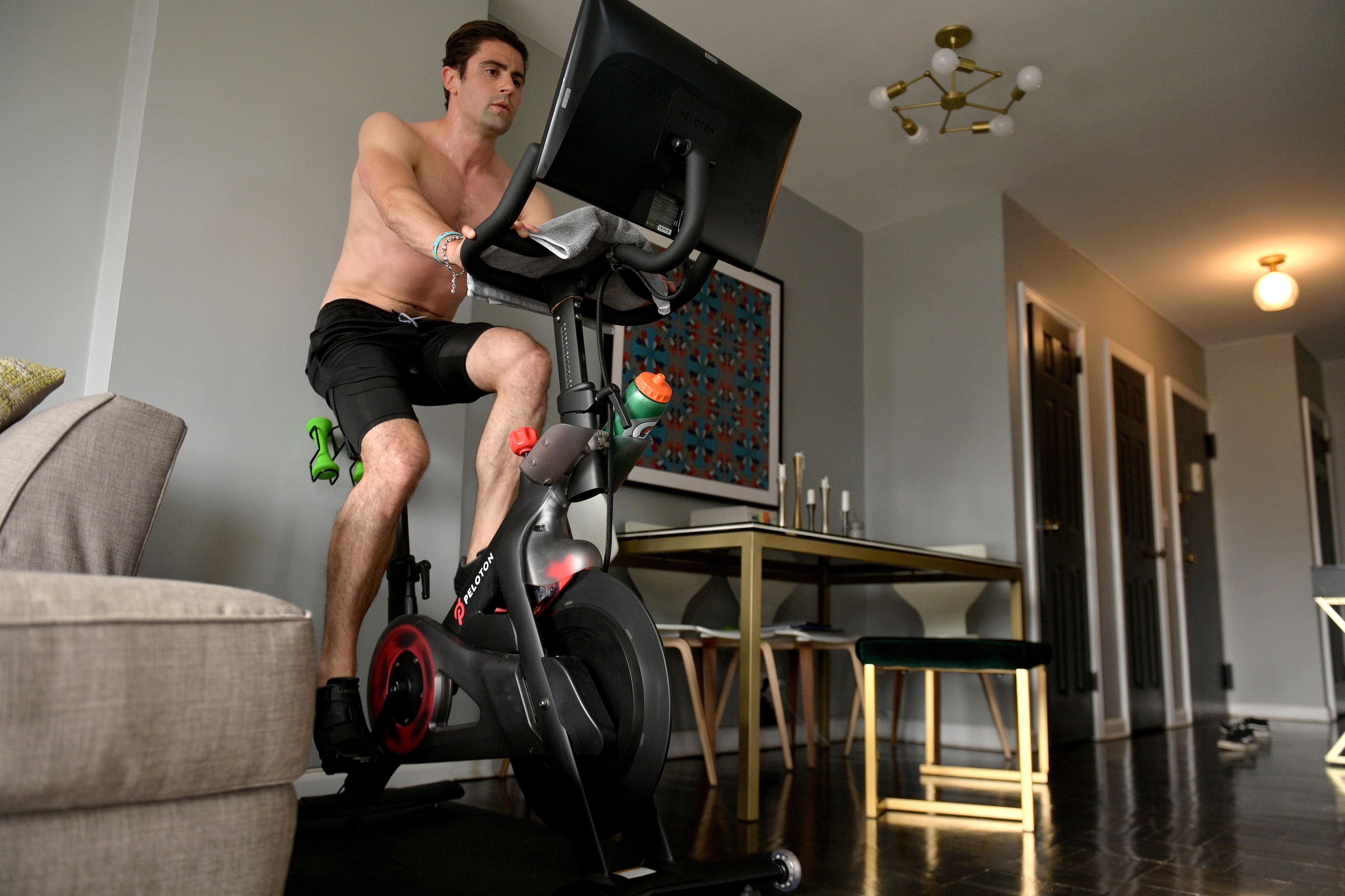 Among all large-cap U.S. stocks, here are the five that are up the most this year through October 30.

The pandemic has made “Zoom” a household word. With millions of people working from home, its group-conferencing software has made meetings possible—if sometimes interminable. No question that Zoom’s product answered a crying need of the times. But what about next year?

Can Zoom hold off Facebook, Microsoft and other competitors who may try to muscle into its video-conferencing niche? Maybe, but I wouldn’t bet on it.

Peloton Interactive’s PTON exercise bicycles may be stationary, but its stock has vaulted this year to about $110 from about $28. If you’re going to be stuck at home, and if you can afford it, you may as well have a deluxe, feature-laden exercise bike.

Last year, there was a huge fracas about a Peloton commercial that featured a woman whose husband had given her the bike to help her stay in shape. Was it sexist? I think it was, but it certainly didn’t hurt the company’s sales, which jumped 150% in the past twelve months.

I might buy the bike. I would not buy the stock. I prefer companies with a fairly consistent history of profitability. Peloton has yet to show a full year of profits, and its stock sells for 262 times analysts’ average estimate of profits in fiscal 2022.

Based in San Francisco, Sunrun (RUN) designs, develops, sells and installs solar energy systems for houses. The stock, which went public in 2015, stayed within hailing distance of $10 a share until this spring, when it surged. It’s now at about $52.

This election season, Democrats have stressed their desire to move the country to renewable energy, rather than fossil fuels. At the same time, new investors trading at Robinhood and elsewhere have poured into trendy stocks. Sunrun may be operationally strong, but I consider it financially weak. For example, the company has debt equal to more than three times stockholders’ equity.

I feel similarly about the fourth and fifth best performers. Enphase Energy (ENPH), which provides energy-management systems for the solar industry, sells for 76 times recent earnings but its five-year revenue growth rate is negative.

Quidel (QDEL) makes medical diagnostic tests. That’s a good niche, I believe, but after a climb this from about $75 a share to $268, I think the stock is ahead of itself.

Now that I’ve told you exactly what I think, I should tell you why perhaps you shouldn’t listen to me. I often scorn the high flyers. I’d rather catch a falling knife than jump onto a rising rocket. And I’m often wrong. In seven columns on this subject (2012 and 2014 through 2019), I’ve turned up my nose at 24 of the 34 big winners I discussed. Yet those 24 stocks continued to advance over the next 12 months, by an average of 41%. I was neutral (or made no comment) on four stocks, and they jumped 57% in the year following. And I recommended six stocks, which advanced less than 9% on average.

Last year followed a similar pattern. I scorned Roku ROKU , saying its valuations were in “nosebleed territory,” and I complained about the debt load at Carvana Co. (CVNA). They advanced 44% and 123% respectively. I liked Lam Research LRCX , and it was up – but “only” 25%.

Bear in mind that my column recommendations are hypothetical: They don’t reflect actual trades, trading costs or taxes. These results shouldn’t be confused with the performance of portfolios I manage for clients. Also, past performance doesn’t predict future results.

Note: In the table at the beginning of this column, I excluded companies that have agreed to be acquired by other companies, or that were trading for less than $1.00 a share when the year began.

Disclosure: I do not own any stocks discussed today, personally or for clients. A hedge fund I manage has put options on Carvana.

John Dorfman is chairman of Dorfman Value Investments in Boston. His firm of clients may own or trade securities discussed in this column. He can be reached at jdorfman@dorfmanvalue.com.

Marketing Is Still An Art (And A Science)