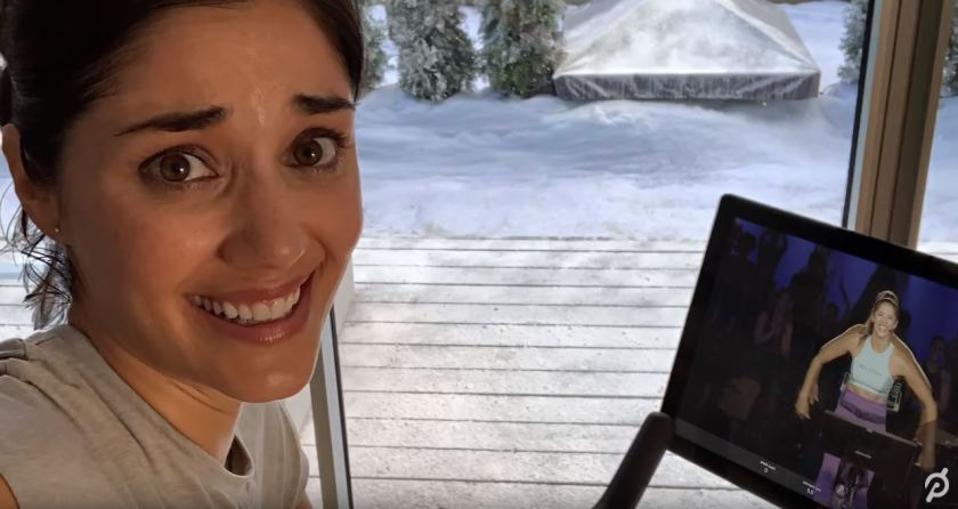 Corporate America could take a lesson or two from actress and model Monica Ruiz on how to respond to a crisis.

Ruiz is the star of the controversial Peloton commercial that created a firestorm this Christmas season. In the commercial, she enthusiastically receives a Peloton exercise bike from her partner and then documents her year of workouts with it.

The commercial set off a firestorm. Some criticized it as being sexist, questioning whether her partner had any business directing her exercise habits. Others found it to be a form of body shaming. And still more countered that the critics were over analyzing what was no more than a cute 30-second spot.

The reactions drew Ruiz (aka “Peloton mom”) into the center of the storm.

At first, she was reluctant to respond. While not a household name, Ruiz is no rookie to the spotlight. She has had small parts in a number of TV shows and her modeling assignments include the likes of Nordstrom, Gap, Volkswagen and other major brands.

“I’m like, ‘Maybe I should just wait for it to blow over,’ and then it won’t just seem like I’m trying to keep myself in the press and in the news,” she said earlier this month in an interview on NBC’s Today show.

While some people involved in a crisis might get stuck there – don’t respond and hope the problem will go away – Ruiz quickly realized that was not the best course of action. Hence the Today show appearance.

“When it didn’t blow over, and people started answering for me, and I saw some articles where they grabbed some stuff from very old interviews, I was like, ‘OK. I’ll just let everyone know I’m fine. I’m OK.’”

The lesson here: If you don’t respond, someone else will. So, it might as well be you.

Ruiz also wisely didn’t lash out at the commercial’s critics. Instead, she showed empathy and even accepted some of the responsibility for the backlash even if she wasn’t really to blame.

“I think it was my fault,” she said. “My eyebrows looked worried, I guess? People were like, ‘She looks scared!’ I’m telling you, it was my face. That was the problem. And it just exploded from there.”

Ruiz knows how to make her public persona engaging and humble, another good crisis lesson. On her official Instagram page, she describes herself as, “Model 📸 / Actress 🎞 / Rodeo clown 🤡 aka: Mom of 2 boys.”

Good things came to Ruiz out of the controversy.

First, mega-star and rising business mogul Ryan Reynolds decided to capitalize on the Peloton spot buzz for his Aviation Gin brand. He shot an Aviation commercial starring Ruiz in a tongue-in-cheek spot that served as a sort-of sequel. Reynold’s Twitter post linking to the commercial says, “Exercise bike not included.”

Soon after that, Ruiz was signed to guest star in two episodes of CBS’s daytime drama, The Bold and the Beautiful.

The lesson here is that a crisis handled well can put you in a better position than when you went into it.

Things have not gone as well for Peloton.

It, too, responded to the criticism, but with a different tack. The company declined to accept any blame for the controversy. It said it was the critics who “misinterpreted” the commercial. A Peloton spokesperson told CNN, “We are encouraged by  ̶  and grateful for  ̶  the outpouring of support we’ve received from those who understand what we were trying to communicate.”

Peloton’s stock price has fallen by more than 25 percent since the controversy began. Some blame the commercial and Peloton’s response.

Others say the drop is related to other business concerns and not the controversy. In fact, they say, Peloton will benefit over the long term.

In any case, the commercial did get us talking about Peloton.

P.S. – The “husband” in the Peloton commercial decided for a tongue-in-cheek response, as well. Actor Sean Hunter bought his girlfriend in real life a Peloton bike for Christmas. “Here’s hoping this goes over better the second time. … Merry Christmas to my actual girlfriend (pls don’t leave me),” Hunter (aka @pelotonhusband) wrote on Instagram. 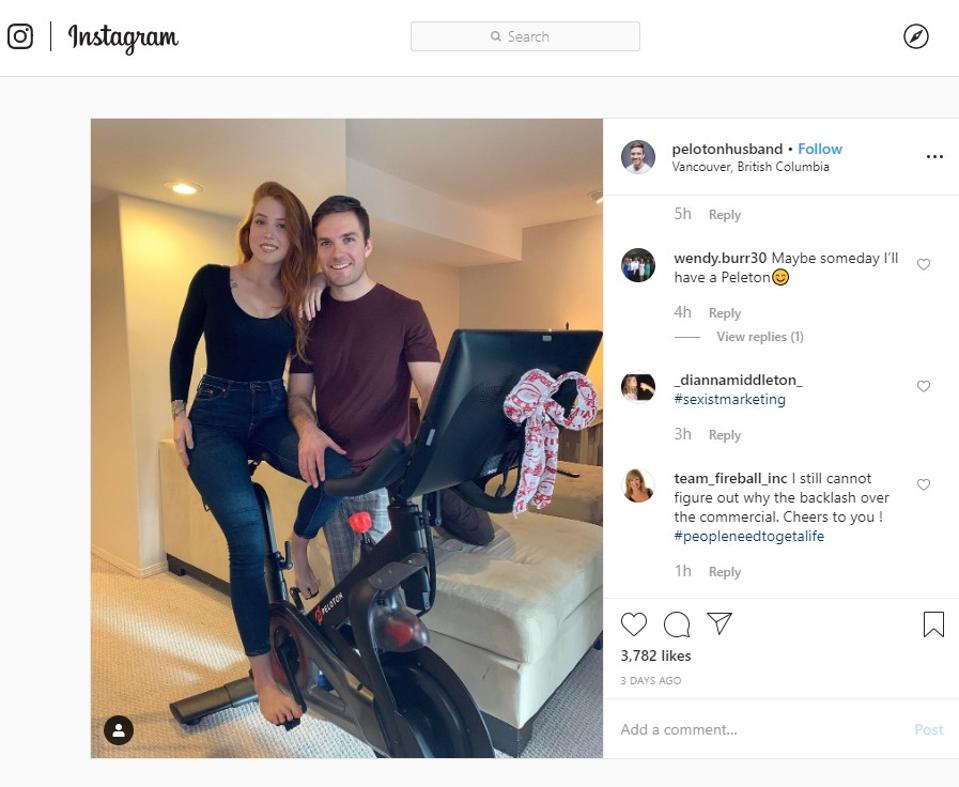 The Good, Bad And Ugly From The Green Bay Packers’ Come-From-Behind Win Over Detroit