Breaking
U.S. House Passes Bill To Create First Crypto...
Top 3 Lessons For Financial Independence
The Ultimate Guide to Saving Money
Lights, Camera, Action—Is There A Post-Covid Future For...
7 Ways to Reduce Human Errors in Your...
How ‘Couples Therapy’ Used Technology To Cope With...
Can You Settle Your Student Loans Or Negotiate...
7 Best Practice PR Tips For Your Next...
How to Use Amazon Attribution For Ad Campaigns
What are the Makings of a High-Quality Link?
How To Quickly Start And Scale Your Business
Terra Virtua: What NFTs Can Teach Us About...
5 Easy Steps To Prepare Content For E-A-T...
Physical Inactivity Linked To More Severe Covid-19 Infection...
The 2021 Estimated Tax Dilemma: What Tax-Return Pros...
Want To Digitally Transform Your Business? Start With...
Home Technology Peloton Updates Their Fire App To Work With Amazon Fire Tablets
Technology 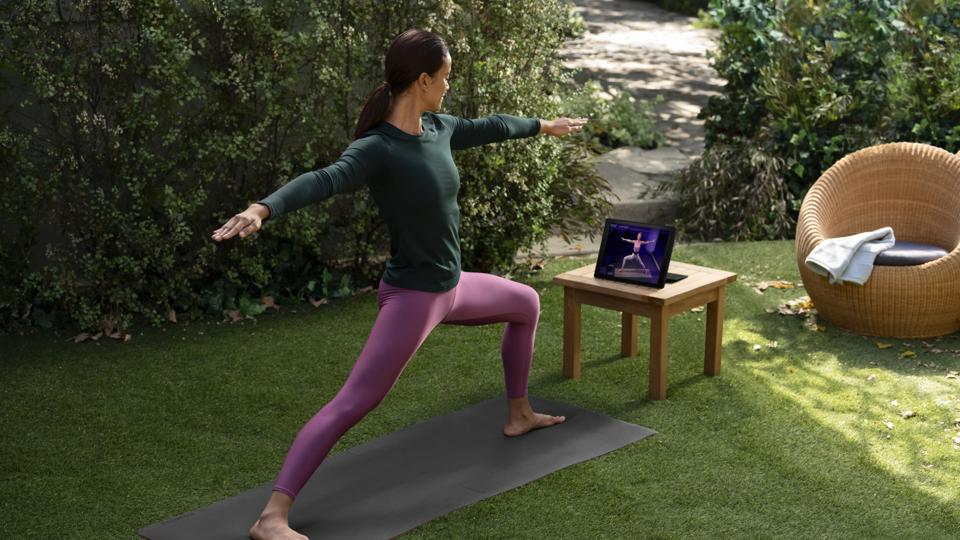 Thankfully, that’s been fixed with the latest Fire app update. The Peloton app now works on Amazon Fire 7, Fire HD 8 and Fire HD 10 tablets. Just make sure you’re using the latest versions of the hardware – those on-demand classes require a fair amount of power to stream!

Peloton shared some stats on how the app has been performing since its launch and it seems that Peloton is the fitness platform that Fire users have been looking for. Users who start their 30-day free trial through the Fire TV app have, generally, worked out nearly 30% more than those trying Peloton on any other platform.

What’s more, 75% of those Fire TV workouts have been from Peloton’s floor-based content, which makes sense. The nice thing about the Peloton app is that it gives you ready access to studio content that isn’t bike or treadmill-based.

Now that Amazon Fire users can use their tablets, that floor-based content number should rise (or at the very least stay steady). With it, you’re not chained to a TV to workout, your next yoga or HIIT session can be wherever you want it to be.

It’s a definite win for Peloton, who needed to do a fair amount of image polishing after last year’s commercial debacle. Now the question is, can they continue to capitalize on the goodwill that the Amazon app has gotten them?

Trying to put a finger on Peloton’s long-term strategy is a bit of a challenge. They’ve obviously made inroads into the at-home fitness equipment space with their bike and treadmill. Their trendy studios occupy a similar headspace to other popular teched-out fitness brands like Orange Theory. Now, with the Amazon Fire app, they’re reaching a wider audience and challenging established fitness content providers like BeachBody.

In my opinion, the app is the smartest play for Peloton’s sustainability. Equipment is expensive and ends up appealing to a very small portion of your target consumer base. Studios are pricey to maintain and require geographic reach. But with the app, you can reach an exponentially wider audience plus you can leverage those pricey studios to create an ever-expanding, ever changing library of content for practically nothing. Add in a monthly subscription fee and suddenly you have a winning formula for steady profits.

That’s not to say the Peloton subscription isn’t worth it. On the contrary. If you can make a routine out of it, $12.99 a month for live and recorded instructor led workouts is a great way to revitalize your fitness regime. I know that I’m quickly growing addicted to coming in after a run and firing up a quick 10-minute upper body workout or catching a live yoga class on Wednesday mornings.

If you haven’t yet, download the Peloton app for your Fire TV device or Fire tablet and sign up for a free 30-day trial. Even if you don’t have a bike or treadmill at home, you’ll be pleasantly surprised at the amount of workout options offered.

Jaguars Are Looking For Ways To Free Up Salary Cap Space, And Declining Marcell Dareus’ Option Is One Of Them