Breaking
How to Run Nonprofit Marketing Ads
Entrepreneurs Are Bringing Transparency To Home Buying And...
Best Incentive To Get Vaccinated: Money, Messaging, Or...
Page Level Query Analysis at Scale with Google...
How A CIO Can Align IT With Business...
Blogger of the Month: Jo, Girl Eats World
6 Things Women In Business Know That Men...
How to Use First-Party Data for Ad Personalization
Pressing Reset—Putting A Fallen Unicorn Back On Its...
How We Went Viral: Promoting Content with Influencers,...
Blame Olympic Record Price Tag For Return To...
Apple iOS 14.5 Release: Should You Upgrade?
How to Come up with Podcast Topics and...
Why Gaming Gear Company Razer Launched A $50...
Technical SEO Implementations to Increase the Impact of...
30 Brilliant Ways to Market Your Eco-Friendly Shopify...
Home Technology Pence Panned As Corona Czar-Adds Physician Debbie Birx To Team
Technology 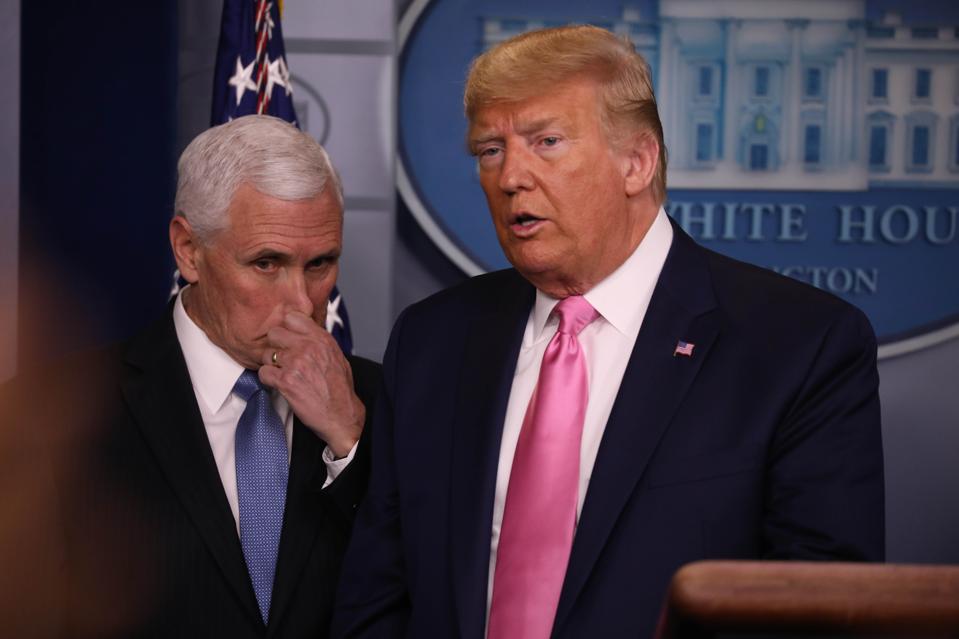 As an infectious disease physician, I (and many others) was shocked at last night’s announcement that Vice President Mike Pence was appointed to oversee the Coronavirus-19 (COVID19) response. There are a number of reasons why.

First, while the President cited Pence’s experience with healthcare as Governor of Indiana, he was widely criticized by the infectious disease community, particularly for his response to opioid use and HIV.

HIV: In Indiana, Pence was instrumental in fueling an HIV epidemic. In tiny Austin, Indiana (pop. 4200), Planned Parenthood, the only place where people could get HIV testing, was defunded. Combine that with poverty, high unemployment and drug use, and the town had over 150 cases of HIV. This prompted then CDC Director Tom Frieden to note that Austin now has a higher incidence of HIV than “any country in sub-Saharan Africa… They’ve had more people infected with HIV through injection drug use than in all of New York City last year.” Many were coinfected with Hepatitis B and/or Hepatitis C (HCV), causing further illness and costly treatment. In fact, in the U.S., 50-80% of people with IV drug use  become infected with HCV within 6-12 months of starting injecting drug use, all avoidable with needle exchanges.

Based on his religious beliefs, Pence was adamantly opposed to needle exchanges, although they are of proven public health benefit and efficacy in reducing these infections which can be transmitted sexually or by shared needles. Two months after the outbreak was detected, Pence said he would “pray on it.” Because of the HIV epidemic, Pence reluctantly agreed to allow needle exchanges—but only briefly and only in that county. The Chicago Tribune’s David Rutter (@theeditor50) concluded: “The public’s HIV treatment bill for Austin will run $200 million once the epidemic peaks—at least $1 million to save each uninsured patient, say health experts…It’s the price of inattention and indifference.”

Here, too, Governor Pence was known for cutting funding for the state’s public health departments. Indiana spent $12.40 per person on public health, compared to $220 for West Virginia. As a member of Congress, Pence also voted against the State Children’s Health Insurance Program although he professes belief in “the sanctity of life.”

While initially supporting Medicaid expansion in Indiana, albeit while requiring enrollees to pay a premium, Pence as VP has called for repealing it.

Pence’s beliefs have been contrary to established public health stances in other ways, as well. For example,  in 2000, Pence stated, “Despite the hysteria from the political class and the media, smoking doesn’t kill.” The CDC, however, says, “Smoking is the leading cause of preventable death.”

In 2002, Pence stated, “condoms are a very, very poor protection against sexually transmitted disease.” In contrast, the CDC says, “Correct and consistent use of the male latex condom is highly effective in reducing STD transmission.”

Who are you going to believe?

Pence is anti-science. In 2001, he stated on his own website, “Global warming is a myth. The global warming treaty is a disaster. There, I said it.” Fox News contributor Jessica Tarlov went even further, today saying, “Mike Pence is not a scientist, he’s not a doctor, he’s not someone who believes really in science,” she continued. “And I don’t believe that he should be in charge of this of anywhere near the forefront and that is a big concern.”

Pence’s stances on women’s bodies and autonomy are of concern in dealing with the COVID-19 epidemic in the US. He is notoriously anti-abortion. While he was governor, Purvi Patel was charged with feticide and sentenced to 20 years in prison (later reduced). Another Asian woman in Indiana, Bei Bei Shuai, attempted suicide and her fetus died. She was imprisoned for more than a year in a high security prison, before striking a plea bargain.

It is far too early to know whether the SARS-CoV-2 virus will result in serious birth defects as Zika did. We do know that there will likely be increases in miscarriages and pregnancy complications, including deaths in infected women.

Governor Pence signed a bill prohibiting abortion even in the case of serious fetal abnormality—like microcephaly. I wrote about the devastating implications of this in regards to Zika—combining a ban on abortion with an infection that causes profound congenital abnormalities. Now add to that the cuts (both implemented and proposed) in Medicaid, food stamps, and Trump’s plan to pay for the coronavirus response by cutting heating assistance for poor people and other health programs. If there are more pregnancies with birth defects from SARS-CoV-2, who will care for these children and what help will be provided to their parents?

There are many reasons to be concerned about Trump appointing his Vice-President as the “Corona Czar” and now, hours after that announcement, the decision has been widely criticized.

Only hours later, Pence has announced the appointment of Ambassador Debbie Birx to be his Coronavirus Response Coordinator. She is an HIV-AIDS expert with global health experience, so this is a reassuring development. We still don’t know who will be directing the show and the messaging—the President, who told the public that the virus was contained and there is nothing to worry about or Pence, who has no credibility for handling public health issues, based on his governorship, or Health Secretary Alex Azar, who indicated that a vaccine, if or when it becomes available, may not be affordable by everyone.

This leadership is not reassuring. Trump fired the pandemic response security team in 2018 and also cut CDC’s funding for epidemic preparedness by 80%—including work with China.

We can only hope that they will now defer to medical experts—like the ones they had.

This Is How Small Businesses Are Using Video Marketing In 2020