Breaking
Senator Marco Rubio Called Out Twitter For Its...
The False Narrative Of Bitcoin’s Role In Illicit...
Leading By Example Into The New Year
Why Ethereum Has Hit An All-Time High As...
How You Leave Will Shape Your Legacy
The Next Evolution Of Digital Mental Health Support
Paizo And Pinnacle Team Up For Savage Pathfinder
Mammoth U.S. Borrowing Needs Meet Lower Foreign Participation,...
This Leader’s Work To End The Organ Donation...
SAP BrandVoice: Re-Thinking Tax Reporting And Collection In...
What ‘Backs’ The Dollar? Easy: Production
How To Create A Bulletproof Patent
Here’s The Same Financial Advice Given To Mike...
Consumer Health And Wellness Needs Bring New Challenges...
The (Not So) Secret Science Of Whiskey Value...
The Next Five Years: Cyber Insurance Predictions Through...
Home Business Perfect Storm To Keep Blowing Into Next Year For Iron Ore Miners
BusinessFinance

A perfect storm of reduced supply and rising demand which has driven the price of iron ore to more than $110 a ton is forecast to keep blowing into next year.

Despite repeated forecasts that the price of the steel-making material is overdue for a correction the latest reading of the iron ore market is for the price to be higher for longer thanks largely to supply and demand effects of the Covid-19 pandemic. 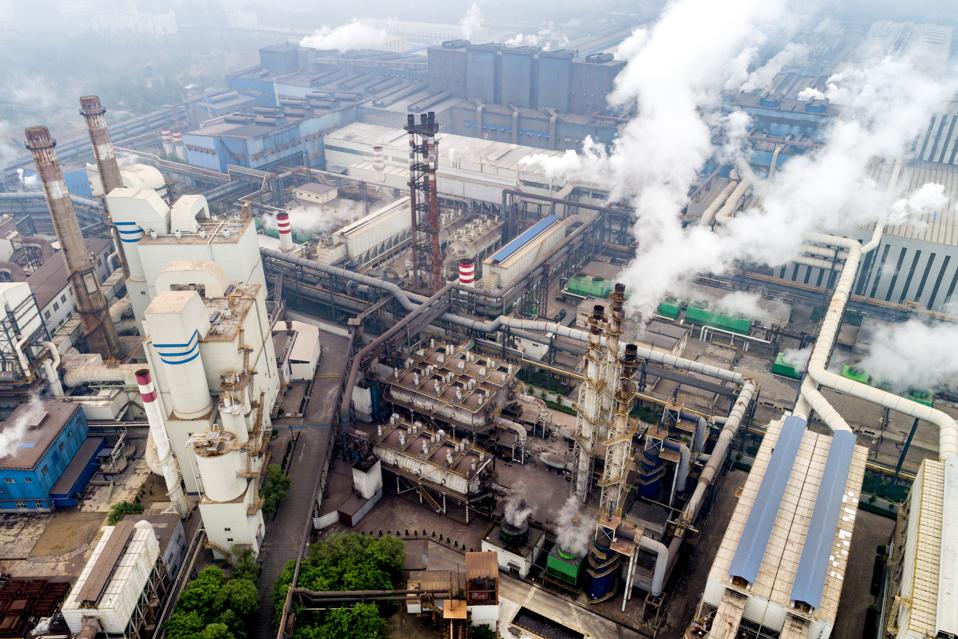 Brazil, one of the world’s biggest iron ore producers, has seen its mining industry buffeted by the public health crisis which has crimped exports while China, the biggest consumer, has lifted imports to meet high demand caused by government economic stimulus to counter the effects of Covid-19.

Investors will get a close look at the effects of the iron ore price on two big exporters next week, firstly in the annual profit report of the world’s biggest diversified miner, BHP Group, followed by world’s leading pure-play iron ore stock, Fortescue Metals.

BHP, according to investment bank forecasts, is expected to reveal on August 18 an almost steady net profit of $9.1 billion with strong earnings from iron ore offsetting declines in oil and copper.

Fortescue is forecast to report a 50% increase in net profit to $4.7 billion on August 24. 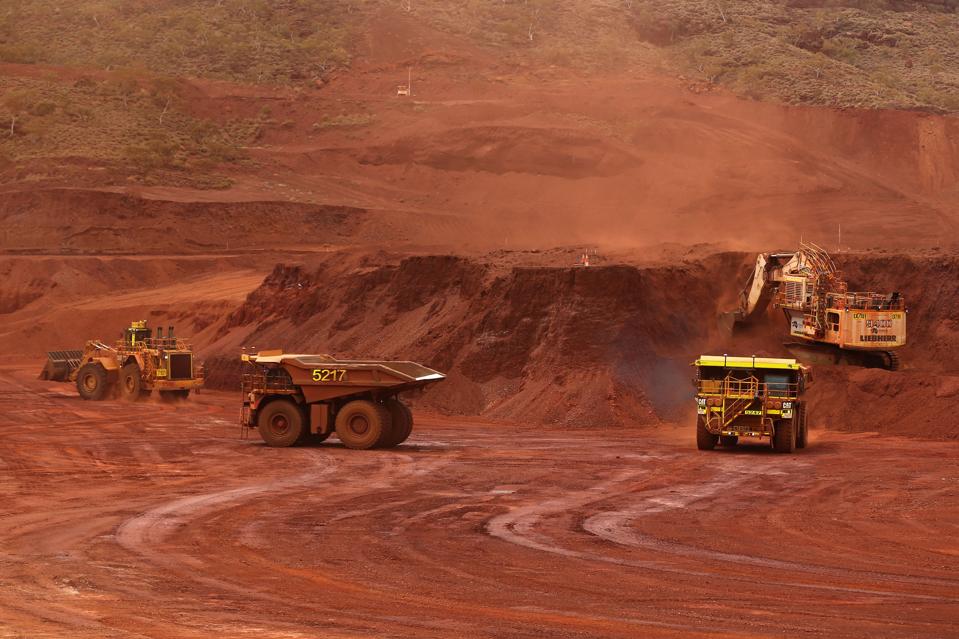 Both companies have seen their share prices rise strongly on the strength of the iron ore price with BHP up 57% to $28.50 since dropping to a pandemic-related low of $18.10 in mid-March.

Because of an expectation that Brazilian miners would be able to overcome their pandemic problems and that Chinese steel demand would fade after a burst of stimulus-related government spending most mining-sector analysts had been expecting a fall in the iron ore price, perhaps back to $80/t by the end of 2020 and then to a long-term price of $70/t, or less.

That forecast correction has been delayed with a number of leading banks recently revising their view of the market, not so much because of supply factors as Brazil recovers, more because of Chinese demand and a new view that the rest of the world might also be demanding more steel in the new year.

What Credit Suisse saw in an August 5 report was Chinese steel demand continuing to outpace market expectations. “Despite the global pandemic Chinese steel production is up 2.2% year-on-year, and for the month of June was up 4.5% month-on-month.”

On the supply side of the iron ore equation Australian producers are already operating at peak capacity and while Brazil is recovering the major producer, Vale, was: “tracking behind the run rate required to reach guidance this year,” Credit Suisse said. 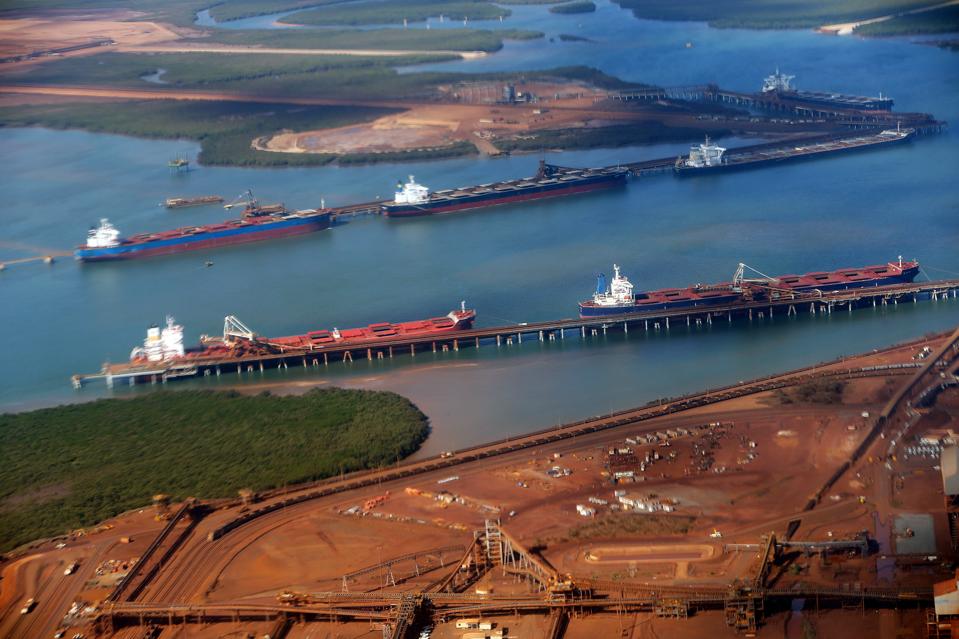 Citi’s view is that strong iron ore demand: “should trump supply-side concerns during the recovery” from the Covid-19 pandemic with other countries starting to increase their rate of steel consumption.

“In the (2008-09) financial crisis steel production in these ex-China countries bottomed out in January, 2009 and had fully recovered in 12-months,” Citi said.

“If ex-China steel production was to recover with the same pace this time around, the seaborne iron ore market would remain very tight right through calendar 2021.”

Pricing Tension Into Next Year

J.P. Morgan echoed Citi’s comments forecasting a $100/t average prices for iron ore next year, noting that: “we struggle to see what releases the current pricing tension heading into next year”.

“Chinese steel output has accelerated all year, with the rest of the world likely to follow heading into 2021,” J.P. Morgan said.

“We also believe there is significant risk remaining over Brazilian volumes given the catastrophic rise in Covid-19.”

In what is the most bullish view of the iron ore outlook J.P. Morgan also raised concern about long-term supply which is seen as being dominated by plans to develop the controversial Simandou mine in the African country of Guinea.

“We are starting to think prices could remain well above cost curve support levels until Simandou comes to market, which could be five-to-seven years away,” J.P. Morgan said.