Covid-19 shut down the sports world back in early spring, taking out March Madness and the NCAA Tournament first and freezing out multiple annual events in rapid succession. While it was hardly a life and death element of the virus, sports were missed by millions of people locked down during quarantine.

Professional sports are now on their way back with the NBA and Major League Baseball revving up for a return to play. The PGA Tour got there first and is now in week three of its new (and hopefully temporary) normal of professional golf without galleries of fans. 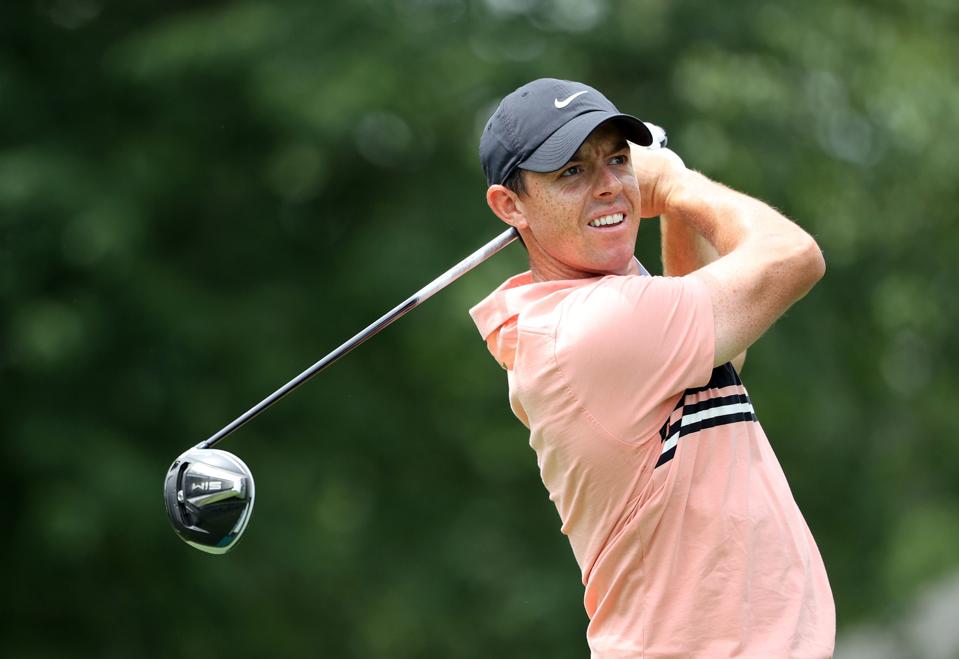 Rory McIlroy plays his shot from the seventh tee during the first round of the Travelers … [+] Championship at TPC River Highlands in Connecticut.

This week, it’s the Travelers Championship at TPC River Highlands in Connecticut. Though most of the best players in the world are competing, the realities of Coronavirus mean only essential personnel are allowed on the course.

To get fans interested in the tournament before play began, and to keep them involved while watching from home, the PGA and tournament sponsor Travelers Insurance employed an aggressive social media campaign. It’s all an exercise in recreating a live sporting event virtually in real time via social media platforms.

According to Matt Bordonaro, Travelers Head of Media Relations, the minds behind the tournament want golf fans to feel as though they’re part of the action and not just spectators.

“We are trying to simulate the on-course experience remotely through engaging social media content that makes fans feel like they are part of the action,” Bordonaro says. “We’ll complement what they’re watching on TV by publishing highlights in as close to real time as possible, and we’ll provide them with an inside look by sharing live content from press conferences and footage from around the course.”

The event’s channels include:

For those golf fans blending their social media awareness on smart devices with TV coverage, the intended experience is to get fans into a moment to moment experience of the competition from shot to shot.

Bordonaro adds: “We’re also creating dynamic player cards and partnering closely with the PGA TOUR to highlight our best field yet — we have 9 of the top 10 players, and 15 of the top 20, competing this year.”

To Stream Or Not To Stream: Live Celebrity...