Breaking
The Impact of Internships in Marketing
3 use cases of chatbots for critical services
How To Make Working From Home Appeal To...
Tips on How to Design an Office Space...
4 Tips To Help Build Amazing Customer Relationships
How Are US Pension Funds Responding to the...
Benefits of second-hand cars for your business
4 Reasons Why Your App Needs To Undergo...
Your Guide to Online Marketing
How to find a Solicitor in London
5 car tyre and safety tips for a...
Everything You Need to Know About Corporate Social...
Is Adaptive Leadership the Key to Motivating Employees?
Why business events are set to return with...
Business events set to return with a bang!
Expanding Internationally: 5 Things to Consider for eCommerce...
Home Finance Philip Morris’ Stock Down 20% in 2020; Buy, Sell Or Hold The Stock At $70?
Finance 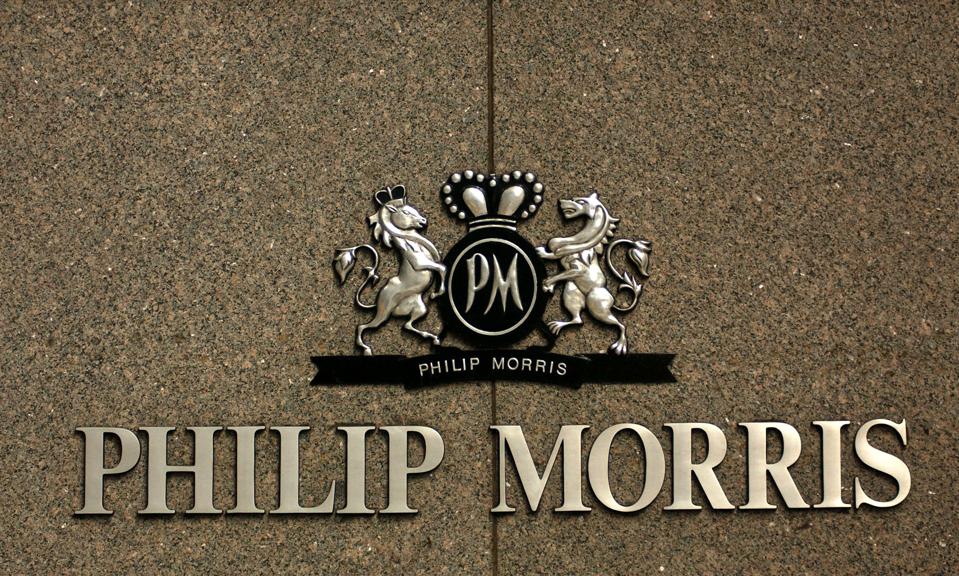 392424 03: The Philip Morris logo adorns the outside of the company”s New York headquarters July … [+] 25, 2001 in New York City. A report commissioned by the Philip Morris company and made public a week ago outlined the financial benefits of smoking on a country”s economy by the “indirect positive effects” of early deaths. The report examined the Czech Republic, determining that smokers who died prematurely from tobacco-related illnesses saved the Czech government $30 million in 1999. (Photo by Spencer Platt/Getty Images)

After almost a 20% decline in Philip Morris’ (NYSE: PM) stock since the beginning of this year, at the current price of $69 per share, we believe Philip Morris has a healthy upside. Why is that? The key is Philip Morris’ stock is still almost 35% lower than it was at the beginning of 2018, a little over 2 years ago. Additionally, since October 2011, the company’s stock has been below $70 per share only during 2 periods (December 2018 and March 2020). Our dashboard What Factors Drove -25.5% Change In Philip Morris International Stock Between 2017 And Now? provides the key numbers behind our thinking, and we explain more below.

However, a drop in Philip Morris’ P/E multiple has more than offset any rise in the company’s earnings. PM’s P/E multiple dropped from 24x at the end of 2017 to 18x by the end of 2019. The multiple has further dropped to 15x currently. This reflects over a 37% decrease in P/E multiple from 2017 to March 2020. The drop in P/E multiple between 2017 and 2019 was mainly driven by drop in stock price as the sales of cigarettes went down, and regulatory authorities in the US started cracking down on the sale of flavored e-cigarettes (just after giving a green light to the sale of IQOS – PM’s flagship smokeless tobacco product – in the US).

The global spread of coronavirus has led to lockdown in various cities across the globe, which has affected industrial and economic activity. This is likely to adversely affect consumption and consumer spending. Thus, we forecast the drop in cigarette sales will be exacerbated by the current situation, while sale of e-cigarettes will also see a drop in the near term. We believe Philip Morris’ Q1 results will confirm the hit to its revenue. It is also likely to accompany a lower Q2 as well as 2020 guidance.

PM’s stock is down by about 17% since January 31 after the World Health Organization declared a global health emergency in light of the spread of coronavirus. However, during the same period, the S&P 500 index saw a decline of over 21%. Thus, PM’s stock has performed better than the broader market during this crisis so far. We believe that Philip Morris’ is currently undervalued due to its recent fall in 2020 and the fact that it has reached a level below $70 only during 2 periods in the 8 years. If there are signs of containment of the virus around the Q1 earnings announcement, there is a possibility of a healthy upside for the stock. On the contrary, in the absence of any clear signs of virus containment, the stock could face only a marginal downside, with its performance still expected to be better than the broader market.

View our dashboard analysis Coronavirus Trends Across Countries, And What It Means For The U.S. for the current rate of coronavirus spread in the U.S. and forecasts on where it could be headed, based on comparison with other countries. Our dashboard -28% Coronavirus crash vs 4 Historic crashes builds a more complete macro picture of historic crashes and how the sell-off during early March compares.

A Holistic Digital Marketing Strategy Is More Important Than Ever

Airlines May Need 25% Fewer Planes From Airbus, Boeing Over Next Five Years. That’s An Optimistic Forecast.